The thwarting of Italian democracy

How EU officials are overriding Italy’s popular will. 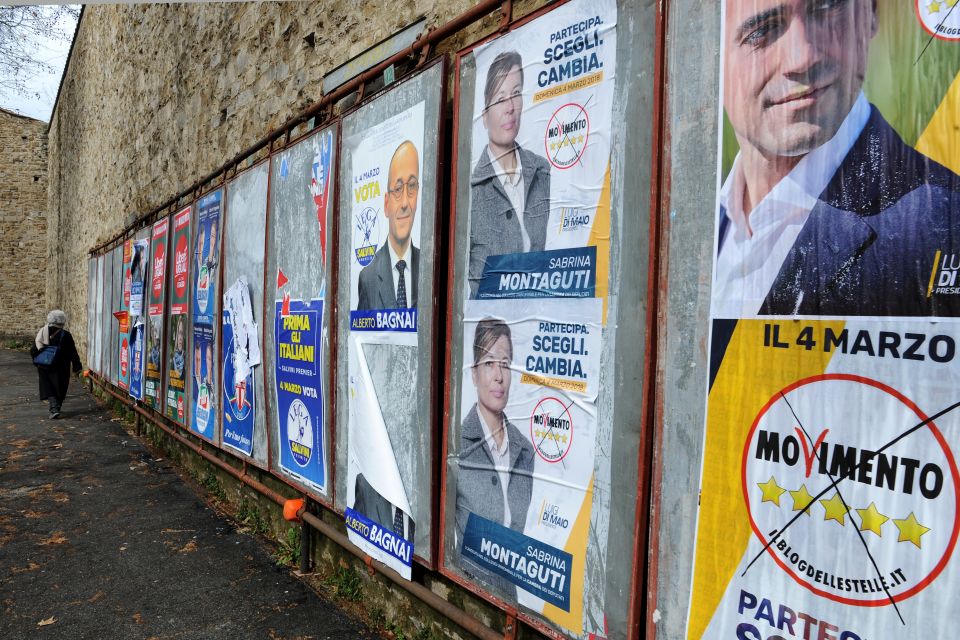 Finally, more than two months after the General Election on 4 March, Italy has formed a government coalition. It is made up of the Five Star Movement (M5S) and the League (formerly the Northern League). These two parties gained over 50 per cent of the vote for the lower house of parliament and also have a slim majority in the upper house (the Senate).

Yesterday, Italy’s president, Sergio Mattarella, appointed Giuseppe Conte as prime minister of the new government. Conte is virtually unknown in Italy. He had previously been the personal lawyer to Luigi Di Maio, leader of the Five Star Movement (M5S). He’s so unknown outside of these legal/political circles that many Italians are jokingly asking if this is the same Conte (Antonio Conte) who manages Chelsea.

While Conte’s appointment is formally constitutional, it tells us something about the less-than-democratic manoeuvrings that have been going on in Italy since the election. Given M5S won 32.7 per cent of votes for the lower House of Parliament, and the League won 17.4 per cent, a more democratic and more openly political decision would have been to make M5S leader Di Maio prime minister, and Matteo Salvini, leader of the League, deputy prime minister. So why, instead, has a man without political experience, and with doubted academic credentials, been made PM?

Because the EU and the Italian elites actually prefer a weak and technocratic prime minister like Conte over the so-called populist leaders of the Five Star Movement and the League. They prefer this ‘non-political’ PM over the kind of politicians Italians actually voted for.

The new government coalition reflects the democratic desire for change expressed in the election. There will no doubt be some noticeable changes under this new government. A new policy ‘contract’ agreed by M5S’s and the League promises to give jobseekers a basic income, introduce two flat tax rates of 15 and 20 per cent, and lower the age of retirement. And yet, other substantial policies for change that were included in an earlier draft of this policy contract have been dropped or modified – following the intervention of EU officials worried about ‘populist’ feeling in Italy.

The draft policy contract was leaked to Huffpost Italia. Crucially, the draft included an opt-out from the Euro currency union, and said the opt-out would be enacted if ‘popular will’ demanded it. This policy was consistent with the League’s election commitment to return to pre-1993 European arrangements and to exit the Euro. The leaked draft also called on the European Central Bank (ECB) to cancel €250 billion of Italian debt to help fund extra public spending. This was in keeping with M5S’s election manifesto, which pledged to increase public investment and borrowing. The League had also issued challenges to the Eurozone stability rules, which limit public debt to 60 per cent of gross domestic product and government budget deficit to three per cent of GDP. Italy’s current public debt is 132 per cent of GDP; the outgoing Italian government had agreed to the European Commission’s Stability Pact to reduce the budget deficit to 1.6 per cent of GDP this year, down from 2.4 per cent last year.

No sooner had the draft policy contract been leaked than EU officials were publicly criticising its contents. On 15 May, EC vice president Jyrki Katainen said: ‘The Stability Pact rules apply to all the member states and I have no signs that the Commission will grant exceptions to anyone.’ EU officials also swiftly dismissed the idea of cancelling Italy’s €250 billion debt to the ECB. ‘It is totally nuts’, one anonymous senior EU official told the press.

By 17 May, the EC’s Valdis Dombrovskis was reassuring the European Parliament: ‘We are discussing the trajectory of the accounts with the Italian authorities and, in reality, this is also a message for the new government – it is important to stay on track.’ EU officials were working closely with Italy’s President Mattarella, who in turn was discussing the draft policy contract with the leaders of M5S and the League. On 17 May, French president Emmanuel Macron made it clear the Italian president was putting pressure on any new government to follow EU diktats. ‘President Mattarella has said that the government must work with the EU’, he declared. Indeed, this would be ‘one of the criteria for the formation of the government’, said Macron.

‘Stay on track’ – this sums up the extent to which EU officials think they have the right to shape governments in order to steer them away from popular will and keep them part of the EU machinery. And so, when the policy contract was agreed by President Mattarella, Di Maio and Salvini late on 17 May, vital changes had indeed been made. The opt-out from the Euro had been erased, replaced by a vague statement on seeking to change European treaties. Instead of calling for the ECB to cancel Italy’s €250 billion debt, the new version of the contract simply asked for accounting changes so that Eurozone states could work out their debt to the ECB in a different way.

Other important election promises were also omitted from the final contract. Both the M5S and the League had promised to clamp down on immigration. But, in the final contract, ‘The campaign pledge to repatriate 600,000 undocumented migrants currently in Italy no longer appears’, as ANSA noted. Dimitris Avramopoulos, the EU’s migration and home affairs commissioner, stressed the importance of Italy sticking to its responsibilities on migration, provoking Salvini to say: ‘From Europe, we have the umpteenth unacceptable interference by unelected officials.’

The M5S’s vow to stop the construction of a high-speed rail (TAV) line between Turin and Lyon in France has also been watered down. The new policy contract suggests ‘re-discussing’ this project. In response to the contract, clearly pleased with the watering down of M5S’s earlier views, the EU’s transport commissioner, Violeta Bulc, said: ‘It is very clear that the Italian government in 2014 signed commitments to complete the TEN-T Ucorridor.’

During the election campaign, the League had promised ‘the immediate withdrawal of sanctions imposed on Russia’. Both Salvini and Di Maio want EU Russian sanctions lifted, not least because Italy is highly dependent on Russian gas. However, the EU opposes any such approach to Russia, and so the final policy contract says Italy will now merely ‘opportune’ to withdraw sanctions on Russia.

What we are witnessing, in essence, is the thwarting of the democratic will in Italy. Millions of people voted for these two parties that had a clear policy agenda, yet now, following the interventions of the EU assisted by President Mattarella, that agenda has been changed or softened. Is this a government for the Italian people or for Brussels bureaucrats?

The danger is that this kind of intervention will continue. Conte looks set to be a weak PM, meaning the EU, via the president, could quite easily sway Italy’s political direction. It seems even if the Italian people vote for change, they still do not really get it. This is why Italy should leave the EU, it’s the only means through which the Italian public can truly determine the fate of their nation.