Our leaders are storing up big problems for the future. 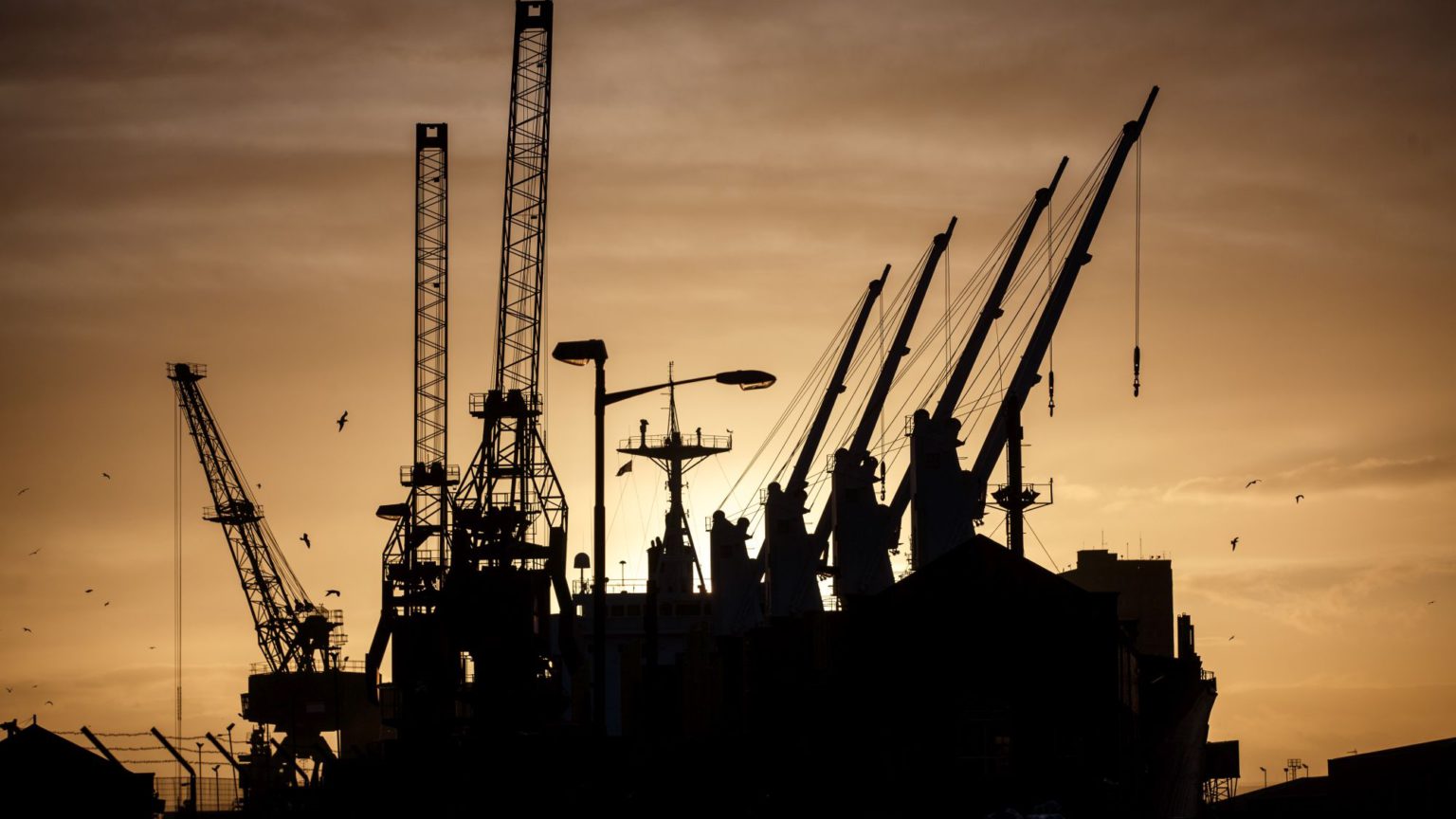 2018 began with many economic forecasters in a surprisingly optimistic mood. There was talk of a ‘synchronised pick-up’ in global growth. Donald Trump’s bark, or tweeting, was being assessed as worse than his bite. In fact, Trump’s programme of tax cuts from the previous November were seen positively as boosting the profitability of American businesses.

At the same time, China’s long-expected financial crash no longer seemed so imminent. Meanwhile, the Eurozone crisis was thought to be well and truly over. Germany was leading the charge with steady growth again. Indeed, even the Greek economy had started to bounce back from its terrible recession lows. In Britain many forecasters were viewing Brexit more sanguinely – though not the diehard Remainers among them, of course.

Most could see that the doom-and-gloom Brexit predictions had been overstated, by a little to say the least. Many also thought that the likely effects of leaving the European Union were to a large extent ‘priced into’ the UK markets. For instance, the sterling exchange rate that had seen no recovery since its big referendum-result drop had stayed pretty steady at that level throughout 2017. The Brexit overhang also meant that UK share prices were regarded as much less ‘overpriced’ relative to other equity markets. This was hoped to limit any further Brexit-related slump in financial prices. It also led a few optimists to point to an unintended Brexit effect. Because of subdued prices, Britain might escape the worst of the next global stock-market crash.

As we move into 2019, the forecasting mood is very different and much more gloomy. Global trade wars, the ‘end’ of cheap money, excessive emerging market corporate debt, and Britain ‘crashing out’ of the EU – these are some of the major risks identified in today’s turn-of-the-year economic projections. We’re told that sluggishness is taking hold again.

Regardless of whether this anxiety is true as a short-term prediction, the about-turn on a year earlier reminds us that much economic forecasting is too absorbed with surface-level phenomena. Hence its fickleness. For a start, not much has changed in the economic fundamentals over the past 12 months to justify the switch in sentiment.

Moreover, despite the shift in tone there is still too much complacency about the deeper challenges we’re facing. Here are three challenges that deserve more attention and discussion, not just by forecasters but by all of us: accumulating Western atrophy inflaming international economic unevenness; exorbitant debt levels in the mature nations; dysfunctional economic policies.

First, the Western world’s deep-rooted economic decay persists. No part of it is able to generate enough strong businesses and therefore provide decent well-paying jobs. There has been no significant recovery in business investment since at least the 2008 financial crash. As a result there has been no meaningful growth in productivity – that is, no sustained increases in the amount of goods and services produced in each hour of work.

Flattish productivity is crucial for us as it restricts the new wealth available both to increase people’s living standards today as well as to devote to addressing our collective needs. As some politicians used to say, without productivity growth there is no ‘magic money tree’. Even if the political courage existed – courage that has been somewhat lacking across all parts of the political elite – extra wealth creation is necessary to renew creaking infrastructure. Nor, without it, can we take enough advantage of the latest technologies to revitalise Western productive activity.

The geopolitical importance of this is that without a broad-based economic shake-up and revival, the West’s relative economic decline can only worsen. The resulting exacerbation of inter-nation unevenness is already stoking tensions between mature countries and, more importantly, between the West and the rest, especially with China. Whether China undergoes a domestic financial crash this year or later, the longer-term trajectory is its expanding economic weight in the world. How the widening economic disequilibrium between the West and the East is handled could well be the ultimate political test for the next decade and more.

Second, outstanding debt is already up to pre-crash levels, and continues to expand. To give credit where it’s due – no pun intended – this danger has appeared in more year-end forecasts than was the case 12 months ago. But the wider implications need more attention. Increasing debt has been covering up how bad things have been getting since the 1980s.

Mounting levels of debt have been maintaining personal, business and government consumption. This is living off a future of wealth creation that never seems to arrive. Debt-financed spending has kept employment high, though the average quality of work has deteriorated. Debt has done very little to invest in the new sectors and industries needed to create better jobs and that extra wealth.

In fact it has been this continued dependence on debt that underpinned last January’s misleading indicators of an economic revival. This unwitting pretence is not permanently extendable. Financing current spending out of borrowing can’t continue forever. Just as happened in 2007/2008, the stretching divergence between the financial and the productive aspects of the economy will implode at some, unpredictable, time.

Most forecasters though aren’t looking in the right areas of debt. They highlight that China’s debt is nearly double its level in 2007, relative to the size of its economy. That is certainly rapid growth, though China still has some way to go to reach the relative level of borrowing taken on by the advanced economies in aggregate. Also, we are quite often told that government debt within the advanced countries is well up compared to pre-crash times. It is about half as high again, partly due to states bailing out their economy from the effects of the financial sector’s ‘excesses’.

What is much less emphasised by forecasters is that the total debt of the advanced world’s non-financial sectors – that’s the sum of outstanding lending to people, to businesses outside the financial sector, and to governments – is now higher than it was at the end of 2007. Even private, non-state debt – that is, household and business debt combined – is now on a par with the level reached on the eve of the last crash. Zombie economies floundering under this heavy burden are not a reassuring image, even if they are able to stagger on for another 12 months, or even longer. Their end may not be nigh, but it is not never.

Third, recession, debt-induced or otherwise, is coming again at some point over the next few years but with weakened state mechanisms for muddling through. Shrinking, recessionary economies are always bad for us, but a probable difference next time is that state policies to mitigate its effects are close to exhaustion.

Fiscal policy – what governments tax, borrow and spend – is not, as some warn, absolutely restricted by public-debt levels. These can always be stretched ‘in times of urgency’. The deeper problem is that despite austerity in some areas, public spending has never stopped being expansionary since 2008. The potential for further stimulation next time to contain the recessionary fallout is therefore more limited.

Of even more consequence for managing the next recession, central-bank monetary policies remain in ultra-loose mode. Anaemic economic activity and those high total debt levels have made it difficult for the banks to go far in reversing the ‘emergency’ measures begun in 2008. Even with the US Federal Reserve being the most ‘hawkish’ bank, official interest rates in real, post-inflation terms remain barely above zero.

Nevertheless, central bankers have started gradually raising interest rates and beginning ‘QT’ – quantitative tightening – in place of QE. They are taking the risk of destabilising financial markets because they anticipate politicians will pass the crisis-containing buck to them, just like happened in 2008 and 2009. Yet because of what state banks had to do last time, they will have very little weaponry to deploy when the next recession hits. Governments could have less room to manoeuvre than in any recession since the 1930s.

A New Year resolution then: discount the forecasters’ fixation on the short-lived. Next year might see more trade protectionism, or a badly handled Brexit. But the longer-term economic repercussions of these will be relatively minor when set against these bigger challenges of international disequilibrium, precarious debt, and policy impairment. Let’s raise the political heat by debating these more consequential economic issues.