Why the mourning for Mad Dog Mattis? 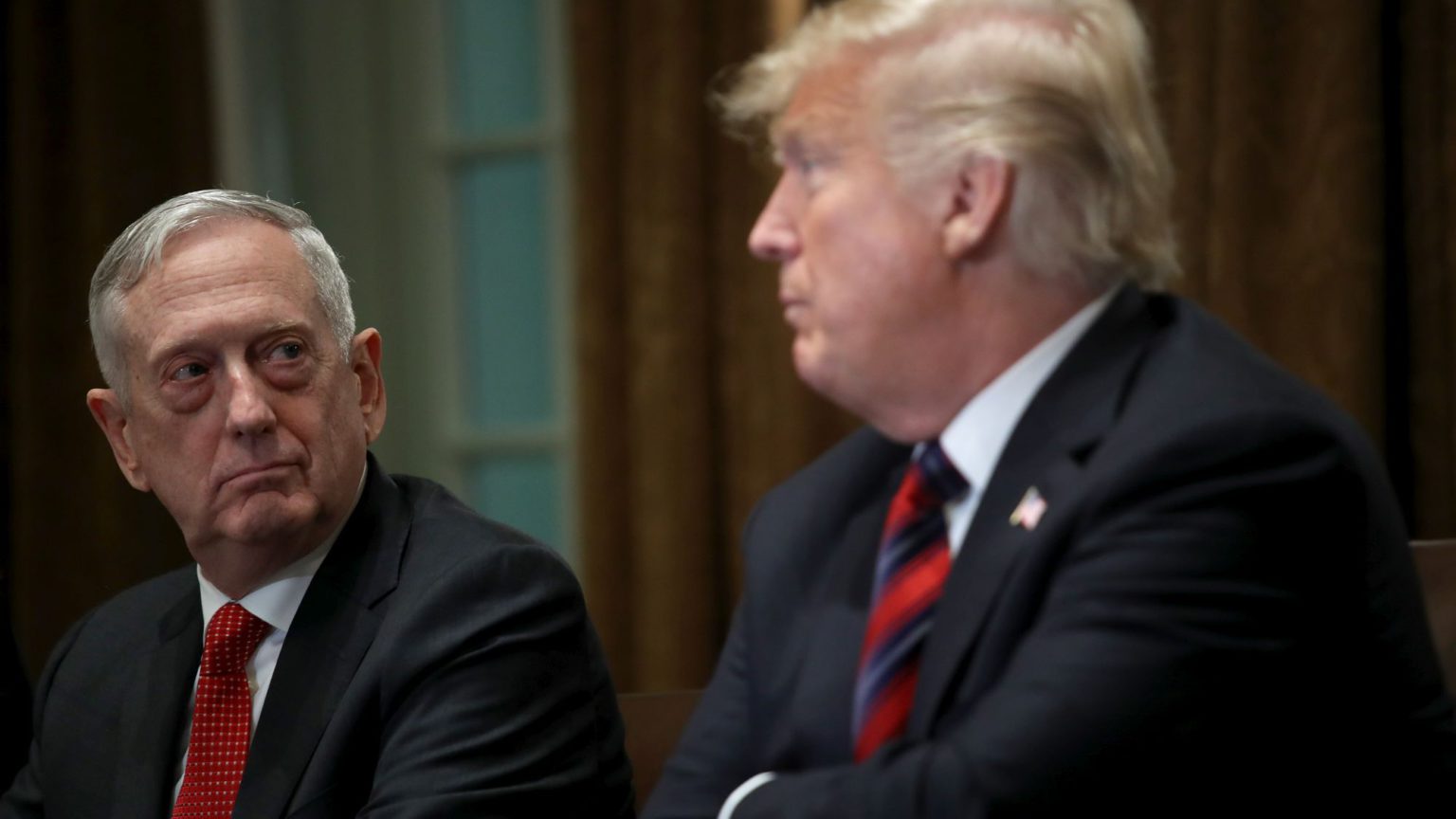 ‘This is scary’, tweeted Senator Mark Warner of Virginia, the top Democrat on the Senate Intelligence Committee, in response to the resignation of Jim Mattis, the already retiring US defence secretary. He continued, ‘[Mattis was] an island of stability amid the chaos of the Trump administration’.

Indeed, Mattis was an island of stability – ‘the only adult in the room’ as insightless anti-Trumpistas never cease to remind us. But only if by stability one means a stubborn adherence to militarism and the binary enmities of the Cold War. Because there’s little doubt that Mattis was that.

In opposition to Trump, he continued to talk up the importance of maintaining NATO, that military remnant of the anti-Communist past. He pursued a consistently anti-Russia line, driving the US’s withdrawal from the nuclear arms treaty, and pushing for an antagonistic relationship with Moscow and its allies in Beijing at every point.

And, perhaps most staggering of all, given the bloody mess in which the Middle East finds itself, he actively supported continuing and deepening US interventions in Syria and Iraq. After all, that was the straw that broke this former US marine commander’s back: Trump’s decision to declare the war in Syria over (at least to the extent it was now against ISIS rather than Assad), and withdraw 2,000 US troops.

This is not to say Trump’s decision to dial down US involvement in Syria is beyond criticism. It does look as if it might be the first significant step in the next betrayal of the Kurdish proxies the US has been backing in the fight against ISIS. Ominously for the Kurds, Trump’s decision to withdraw troops goes hand-in-hand with a warming relationship, motivated by a desire to isolate Iran, with Turkish leader Recep Tayyip Erdogan, complete with a relaxation of sanctions, a multi-billion-dollar arms deal, and, most worrying of all, a green light for Turkey to move deeper into Syria, against the Kurds.

Yet at the same time, this step back from Syria, alongside the withdrawal of 7,000 troops from Afghanistan, is not only consistent with Trump’s longstanding America First opposition to interventionism overseas – it is also a decision that ought to be supported in principle by any anti-militarist worth their salt. Unless of course you believe that the invasions of Iraq and Afghanistan, and the disastrous meddling in Syria, have been roaring successes that haven’t killed hundreds of thousands of people, ruined nations, and made no discernible headway towards their ever-changing objectives.

Mattis does believe all this and more. But then he would, given he, as a senior army general, gleefully commanded marines during the invasion of Afghanistan in 2001 and Iraq in 2003. No wonder he defends them. He is up to his neck in the blood and guts of those miserable US-led adventures. He sees global affairs in the Manichean terms of the Clinton, Blair and Bush years, composed of ‘ethical’ foreign policy versus murderous dictators, of allies versus ‘strategic adversaries’, of the US and Europe versus Russia, China and Iran.

But what is the excuse of those liberals, those one-time not-in-my-namers, those would-be pacifists now crying angry tears over ‘mad dog’ Mattis’s departure, as if the Trump administration lost a grand elder statesman rather than a hot and cold warmonger? Are they so blinded by their animus towards Trump that they can’t distinguish between militarism and pacifism? Is their anti-Trump myopia so severe that invasion and occupation look like progress and peacekeeping? It looks that way. Broadsheet op-eds, and right-thinking tweeters, on both sides of the Atlantic, are treating Trump’s troop decision, incredibly, as a blow to the world order. They call it ‘foolish’, ‘strategically stupid’, and ‘reckless’. They say it will cost thousands of lives, that it goes against the oh-so-wise consensus view of policymakers and the US and beyond.

Anti-Trumpism is dragging too many into absurd, not to mention dangerous, positions. The largely laudable decision to pull soldiers out of Syria and Afghanistan is being condemned, and years of Western barbarism endorsed, all in the service of scoring a few points against Trump. There are plenty of good reasons to criticise the current US administration’s foreign policy, from its trade warring with China and Russia to its involvement in the catastrophe in Yemen. But withdrawing military forces from occupied countries? That’s one we should chalk up on Trump’s ‘plus’ column.