The US is betraying the Kurds all over again

The Kurds rolled back ISIS – now the West has abandoned them. 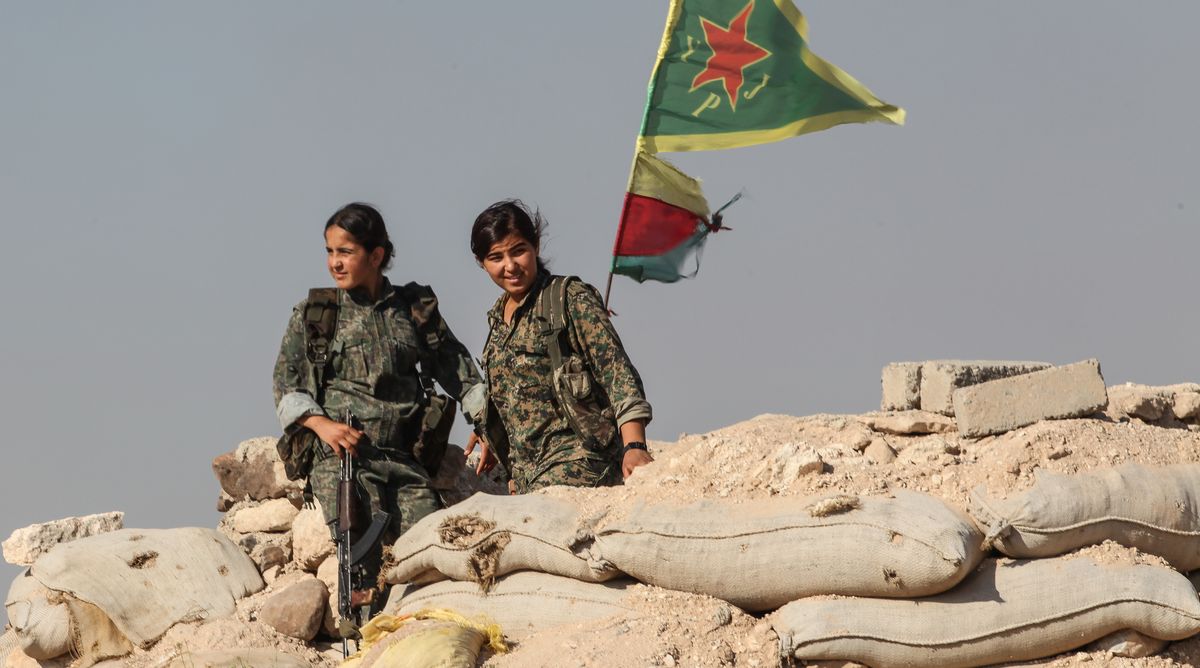 Since the Islamic State lost its two strongholds of Raqqa in Syria and Mosul in Iraq last year, there is a sense that ISIS is yesterday’s ‘imminent threat to every interest we have’, as then US defence secretary Chuck Hagel put it in 2014. Islamic State no longer feels like today’s news, appearing instead as a nostalgic blast from a pre-Brexit, pre-Trump past. Maybe no one much cares anymore.

How else to explain the near silence that greeted reports that the Kurdish-led Syrian Defence Forces (SDF) had captured the last town held by Islamic State just over a week ago? It certainly ought to have registered at some level in the Western public sphere. The battle against Islamic State was once headline news. Politicians from Barack Obama to David Cameron talked ISIS up as a direct threat to our way of life, a force intent on redrawing the map of the Middle East, and providing a beacon of Islamist light for malcontents the world over.

Yet at the moment when this threat looks to have been defeated, the moment when the SDF – backed by US airstrikes – looks to have hammered one of the final nails into the coffin of ISIS, taking Hajin in north-eastern Syria, the last significant urban area over which ISIS had any control, Western politicians remain tight-lipped, mute even.

Maybe the reason for this mutednessis is not that no one is paying much attention anymore, or that politicians are too distracted by domestic issues. Rather, it might be because, such is the almighty mess that an internationalised civil war has made of Syria, that the defeat of ISIS by the Kurds is potentially only a prelude to the deepening conflict in Syria between the US-backed Kurds and NATO member / US ally, Turkey.

At the same time as US-backed Kurdish forces were nearing victory in Hajin, US ally Turkey was readying its military for an assault on, er, US-backed Kurdish forces. As Turkey’s president, Recep Tayyip Erdogan, told MPs in Ankara on Wednesday: ‘We will begin our operation to free the east of the Euphrates [river in Syria] from the [Kurdish] separatist organisation within a few days.’

From Turkey’s perspective, this makes grim sense. The Turkish state has always asserted that those Kurdish forces – the People’s Protection Units (YPG) – that the US is backing in Syria are allied with the Kurdistan Workers’ Party (PKK) in Turkey, a group outlawed domestically, and classified as ‘terrorist’ internationally (including by the US).

Erdogan is not making idle threats. In 2016, Turkish forces carried out missile strikes on SDF / Kurdish positions in northern Syria. And, earlier this year, Turkish forces went a step further, attacking the Kurdish-dominated Syrian city of Afrin, turfing out nearly 200,000 residents in the process. And all this under the watchful eye of the US and its allies, who have backed the Kurds when it suits them, before betraying them when it doesn’t – that is, when NATO ally Turkey intervenes.

This is what lies at heart of the quiet, ambiguous response of the US and its allies to a military victory one might have thought they would celebrate. For the defeat of ISIS at the hands of the SDF is simultaneously a threat to NATO member Turkey. So Turkey bristles, and the West averts its eyes.

Both the US and Turkey are understandably keen to avoid anything approaching military conflict. ‘Our target is not the American soldiers’, assured Erdogan, ‘it is the terror organisations that are active in the region’. And, in turn, the US has sought to mollify Turkey, with US defence secretary James Mattis promising to set up US-manned observation posts in northern Syria to warn Turkey of any threats heading its way. Last month, the US State Department even put bounties on the heads of three senior PKK leaders, despite supporting the PKK’s allies in Syria.

All this bodes ill for the Kurds in Syria. Given what has gone before, with the US constantly letting down the Kurds in Syria when Turkey attacks, this looks like set to be another slow-motion betrayal – a case, once again, of the US encouraging the Kurds with one hand, while shaking Turkey’s iron fist with the other.

The Kurds deserve better. In the shape of the Peshmerga in Iraq and the YPG in Syria, they have proven themselves one of the few forces willing and able to roll back ISIS. And they have done so because they are motivated by the dream of what was promised at the end of the First World War – a Kurdish nation state. Having long suffered at the hands of their current host states, and having demonstrated a capacity for self-determination, it is a dream that should at long last be made a reality.