Yemen: the US has blood on its hands

For years, the US-Saudi alliance has wreaked havoc in this troubled nation. 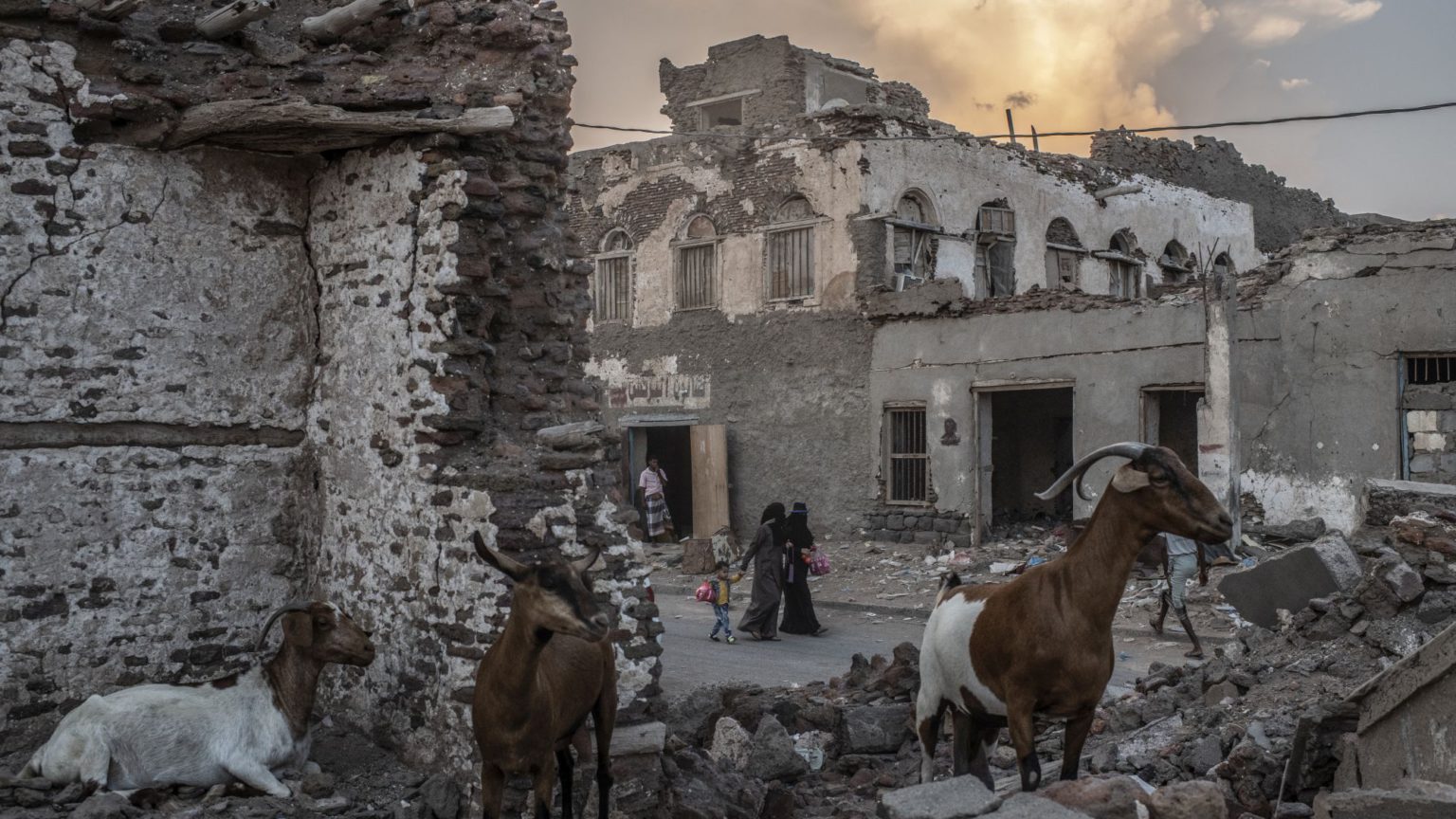 While talks over Yemen’s future grind on between Houthi rebels and the nominal government of President Hadi, US president Donald Trump’s administration has made clear it will continue to support Hadi, via Saudi Arabia and its Gulf allies. Despite mounting criticism, a State Department official has confirmed that the US government believes that ‘support for the coalition [fighting in Yemen] is necessary’.

There is now voguish talk of halting the three-year-long war in Yemen, prompted less by the humanitarian catastrophe unfolding there than by the uncomfortable PR generated by the Saudi-orchestrated murder of journalist Jamal Khashoggi in Turkey. But it seems the political will in Washington is still very much behind the Saudi coalition’s war effort.

Why? Because for the US, support for Saudi Arabia is often entwined with its interventions and objectives in the Middle East. Just as Britain backed the House of Saud after the First World War in order to consolidate its post-Ottoman regional gains, so the US, after the Second World War, also backed the Sauds. Successive US governments have not exactly been fans of Saudi Arabian authoritarianism, but Saudi monarchs have preserved the regional status quo – in the West’s interests. This relationship was especially important for the US after the Iranian Revolution in 1978, and again after 9/11, the ‘war on terror’, and the years-long Iraq War.

The result of this is that the US doesn’t even have a Yemen policy, it simply follows Saudi Arabia’s Yemen policy. And Saudi Arabia will do anything it can to secure itself against its main regional rival, and shared enemy with the US — Iran — which is backing the Houthis. Even if this means bombing and starving Yemen. And the US and its allies continue to support it, in order to secure the region against the spectre of instability.

Which brings us to the largely neglected roots of the current Yemen crisis. For this is not, as it is sometimes portrayed, simply a battle between Iran-backed Houthi rebels and Yemen’s deposed, Saudi-backed government. And it did not start in March 2015, when Crown Prince Mohammed Bin Salman (MBS) launched what has turned into a protracted military (and economic) attack on Yemen.

No, it begins in 2011 with the Arab Spring, when the uprisings in Tunisia, Egypt and elsewhere spurred on Yemen’s own restive populace to rise up against the weak and unpopular presidency of Ali Abdullah Saleh. Their grievances were myriad: the Houthis in the north wanted a degree of regional autonomy, as did the secessionists in the south. And these movements dovetailed, among other Yemenis, with anger towards Yemen’s corrupt political elite and the impoverishment it continued to visit on what is still a fledgling nation.

Enter Saudi Arabia, and with it, of course, the US. It was clear then, as it was in Egypt, Tunisia and Libya, that Yemen’s leader, Saleh, was done. The status quo was now untenable. But rather than directly intervene on Saleh’s behalf, as Saudi Arabia and the US might have done in the past, they sought to manage the revolt, and direct the transition to a post-Saleh Yemen. So it was that Saleh’s former deputy, Abd Rabbo Mansour Hadi, under the auspices of the Saudi-led Gulf Cooperation Council and the UN, was imposed on Yemen.

The problem right from the start of Hadi’s effective coronation was that he had no internal sources of support in Yemen, no legitimacy, and therefore no source of authority. It is telling that in much coverage of Yemen’s crisis, Hadi’s government is repeatedly referred to as ‘internationally recognised’. Because that is the sole source of its legitimacy: its ‘recognition’ by the so-called international community.

All this meant that when Yemeni rebels finally rejected Hadi’s illegitimate attempts to rule, in late 2013 and early 2014, and the Houthis rolled into Sanaa to kick Hadi out, what was a civil conflict was automatically transformed into an international conflict, between Yemeni rebels and Hadi’s Saudi / American backers. Saudi Arabia had not intervened yet, but it was already involved – and so, by connection, was the US.

Much attention today, of course, focuses on Trump and his closeness to Saudi Arabia’s rulers. And indeed the image of him indulging in sword-dancing PR with the Crown Prince in 2017, while the Saudi military, wielding American hardware, was busy pummelling Yemen into the ground, is damning. But Trump is merely continuing where his predecessor left off.

It wasn’t Trump who supported the UN Security Council resolution in 2015, which sanctioned the Houthis and once more endorsed Hadi’s illegitimate government. It was President Obama. And it wasn’t current secretary of state Mike Pompeo who continually talked up MBS as the Saudi airforce bombed hospitals and schools in 2016. It was then secretary of state John Kerry. In other words, it wasn’t Trump in particular who threw his lot in with Saudi Arabia over Yemen. It was the US foreign-policy establishment in general. In fact, it has done so consistently – with a few notable exceptions – over the past 50 years.

Even now, with the Houthis and the ‘internationally recognised’ government of Yemen in talks over a potential peace, one can see, in the calls for the Houthis to accept Hadi’s presidency, the dead hand of US and Saudi interventionism. After all, the Houthis are being asked to accept the order imposed on Yemen by the Gulf Cooperation Council and the UN in 2012 – that is, the very order that generated the conflict in the first place.