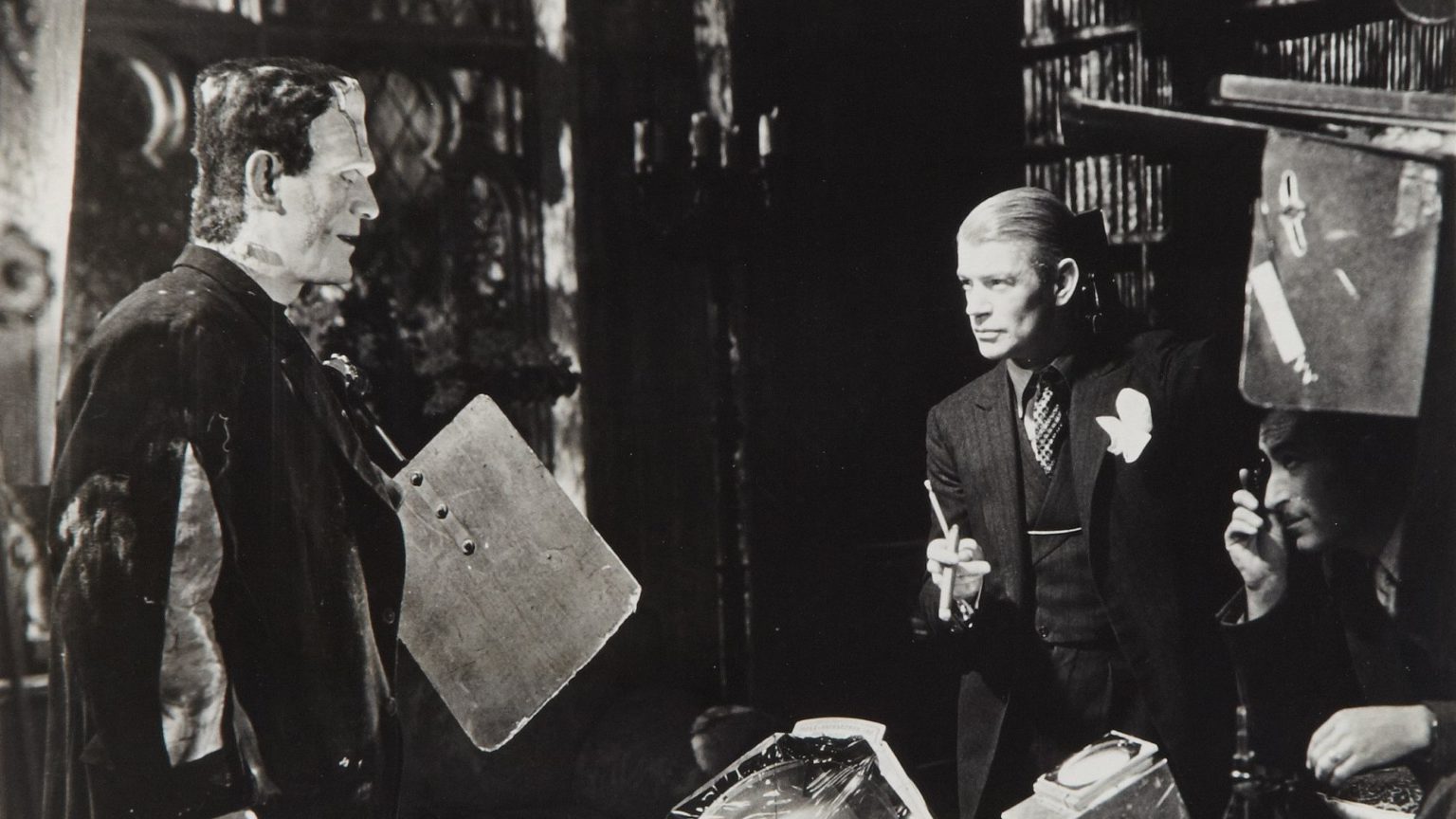 Frankenstein: the horror of modernity

Mary Shelley's classic plays on the fear that the manmade future will be monstrous.

Two-hundred years after it was first published – anonymously and with a modest print-run of just 500 copies – Mary Shelley’s Frankenstein continues to haunt the popular imagination. And it does so, I would suggest, because it captures something of the dialectic of modernity itself, forever caught between the dreams of a manmade future, and the fears that this future might be monstrous.

Today, this typically Frankensteinian tension tends to be framed in scientific or technological terms. So op-eds, perhaps citing genetic engineering or nuclear power, will invoke Shelley’s tale as a warning that we mess with nature at our peril. Even this year’s 200th anniversary celebrations have been dominated by a focus on scientific, technological hubris. The Massachusetts Institute of Technology went so far as to re-publish the original 1818 text, complete with the footnoted warning: ‘[Frankenstein’s remorse] is reminiscent of J Robert Oppenheimer’s sentiments when he witnessed the unspeakable power of the atomic bomb… Scientists’ responsibility must be engaged before their creations are unleashed.’

‘It was on a dreary night of November that I beheld the accomplishment of my toils. With an anxiety that almost amounted to agony, I collected the instruments of life around me, that I might infuse a spark of being into the lifeless thing that lay at my feet. It was already one in the morning; the rain pattered dismally against the panes, and my candle was nearly burnt out, when, by the glimmer of the half-extinguished light, I saw the dull yellow eye of the creature open; it breathed hard, and a convulsive motion agitated its limbs.’

Darkly reworking the dramatic chiaroscuros of Joseph Wright of Derby, who did so much to capture the illuminated scientific excitement of the 18th century, Shelley depicts Frankenstein’s own act of creation as almost enveloped by a ‘dismal’, rainswept darkness. It tells us of Frankenstein’s apprehension, of his isolation. But it tells us nothing of the science – all we’re told is that he had ‘collected the instruments of life around [himself]’. In the scene in which science ought to be prominent – as it is in later film versions, where the mad scientist will be found working in what often looks like a gothic laboratory – it is almost entirely absent in Shelley’s telling.

Which is surprising if we take Frankenstein to be a tale of scientific hubris. But what if the source of dread lay elsewhere?

‘A species of political monster’

In the summer of 1816, the moment of Frankenstein’s creation on the shores of Lake Geneva, Shelley still cleaved, in part, to the ambitions of the era of her radical parents, William Godwin and Mary Wollstonecraft. Theirs was a generation, at least in terms of its radical bourgeois cohort, for which the dream of Enlightenment still felt like an imminent, viable project. And Shelley herself, after a two-year-long affair, was about to marry Percy Bysshe Shelley, a man who considered himself a poetical heir to Godwin’s philosophical and political radicalism. Her intellectual world was still warmed, then, by the afterglow of the Enlightenment.

Yet this world was fringed with what seemed to be a darker reality – literally darker, in fact, thanks to the huge volume of ash thrown up into the atmosphere by the eruption of Mount Tambora in Indonesia the previous year. But this darkness was political and social, too. The French Revolution, to which many once rallied, as the realisation of the radical aspirations of the Enlightenment, had turned first to Terror, and then Napoleonic despotism. And at the republic’s colonial, slave-trading margins, revolt was surging, too, with Toussaint L’Ouverture having already led a successful slave rebellion in the French colony of San Domingo.

Britain’s rulers had, in turn, been waging war, not just with the French Republic but also with a section of their own restive populace, banning and burning Tom Paine’s The Rights of Man, and arresting and imprisoning perceived political threats without trial. It was a period of Jacobins-under-the-bed paranoia and bayonet-wielding repression. And then there was the Luddite uprising of the 1810s, which proved so violent that the British government deployed 12,000 troops to quell it.

Mary’s own correspondence from the time is peppered with fearful musings, especially to the Luddites. To Percy on 30 September 1816, she wrote, ‘[Radical pamphleteer and Luddite supporter William Cobbett] encourages in the multitude the worst possible human passion, revenge, or as he would probably give it that abominable Christian name retribution‘.

What is striking about these social revolts in Europe, and the slave uprisings beyond, was that they claimed, with some justification, to be in the name of Enlightenment, especially the French Revolution or Toussaint L’Ouverture’s fight for liberty. Shelley, then, composed Frankenstein on the bohemian margins of an era that feared what the Enlightenment appeared to have given rise to: an agitated populace, sections of which were making violent political demands. It was not the sleep of reason that was producing monsters, as Francisco Goya had it in his famous 1799 etching, but its awakening.

Shelley doesn’t have to conjure up a monstrous form for the violence of the French Revolution or the Luddites. Her older contemporaries were already doing that for her, in ways that anticipate the patricidal logic of Frankenstein. In his Reflections on the Revolution in France (1790), Edmund Burke denounced the initial military democracy as ‘a species of political monster, which has always ended by devouring those who have produced it’. And in Illustrating the History of Jacobinism (1797), Abbé Barruel traced a lurid conspiracy that begins with the Illuminati at the University of Ingolstadt (to which Shelley tellingly sends Victor Frankenstein), and culminates in ‘that disastrous monster called Jacobin, raging uncontrolled, and almost unopposed, in these days of horror and devastation’.

This, then, was the moment of Frankenstein’s conception. A moment of excitement, certainly. But a moment of reaction, too – a moment in which the forces of modernity, having energised the Enlightenment, seemed as threatening to those now socially ascendant as they were emancipatory to those still marginalised; a moment, when, as Frankenstein comes to see it, ‘men appear to me as monsters thirsting for each others’ blood’.

What gives Frankenstein its profundity is that Shelley interrogates the nature of monstrosity. Against the orthodoxy of Gothic horrors like The Mysteries of Udolpho or The Castle of Otranto, in which the villains actually are evil, she refuses to accept that the ‘hideous’ appearance of the nameless creation is an external manifestation of some internal hideous essence. Rather its monstrosity is generated by Frankenstein’s own horrified response to it. Or, as he puts it, looking at the thin black lips, watery eyes and shrivelled complexion, ‘no mortal could support the horror of that countenance’.

It is this that sets in train the horror of what is to come. Not Frankenstein’s hubris, not his decision to penetrate ‘the causes of things’, but his fear-laden abandonment of his work, his project, his dream of a manmade future. A decision compounded by his subsequent demonising and othering of the creation as essentially monstrous – turning his ‘fatal prejudice’ into the monster’s ‘fatal ugliness’.

Frankenstein’s abandonment of the Enlightenment as a project in the face of its seemingly ugly reality precedes Shelley’s most radical move: passing the mantle of Enlightenment – anticipating its actual passing during the course of the 19th century – from the bourgeois citoyen to the monster, the enslaved ‘wretch’.

So, when we meet the monster, in the prolonged Alpine section, it is he, and not Frankenstein, who speaks and reasons like a philosophe, a lumiere. It is his life that is straight out of the pages of Rousseau’s Discourses. It is he who talks critically of ‘the division of property, of immense wealth and squalid property; of rank, descent and noble blood’. And it is he who makes the universal, rational case for recognition – ‘my heart yearned to be known and loved by these amiable creatures’ – not on the grounds of his apparent difference, but on the basis of his essential sameness, as a being whose dignity rests in having the same capacity for reason and love as others.

Shelley does not shy away from the darkness, indeed, the seeming monstrosity of the Enlightenment’s development. The monster is destructive, burning down the De Lacey’s cottage just as the Luddites had been burning down factories. And he is murderous, strangling his victims, and always leaving marks on their necks, a distorted allusion to the guillotining that flooded the Place de la Concorde with blood. But she grasps the monstrosity of his actions as a response to the thwarting of his developing desire, initially, for recognition and, later, for a manmade mate. ‘Everywhere I see bliss from which I alone am irrevocably excluded’, he says. ‘I was benevolent and good; misery made me a fiend.’

This reading of Frankenstein as a novel that wrestles with the dialectic of Enlightenment – an unleashing of political and social demands that exceed the vision and control of their propagators – may be less prominent now, but that was not always the case. For much of the 19th century, this was precisely how it did enter public discourse; as a political trope, a way of framing the relationship between the colonial and the enslaved, the ruling and the disenfranchised. And it was a supple, often reactionary, trope, too. It was as easily used to portray, for example, the Nat Turner-led slave rebellion in the US as a monstrous act, as it was to mock the Chartists, as an 1866 Punch cartoon did, in which ‘The Brummagem Frankenstein’, a huge side-burned and hobnail-booted Birmingham Chartist, looms large over the male-suffrage-supporting MP, John Bright. ‘I have no fe-fe-ar of ma-manhood suffrage!’, trembles Bright in the caption.

But this is a more radical reading, too. For it suggests that Frankenstein’s great mistake was not that he, a scientist, ‘aspired to become greater than [man’s] nature will allow’; but that he, an avatar of Enlightenment, refused, out of fear, to allow others to become as great as the Enlightenment promised.