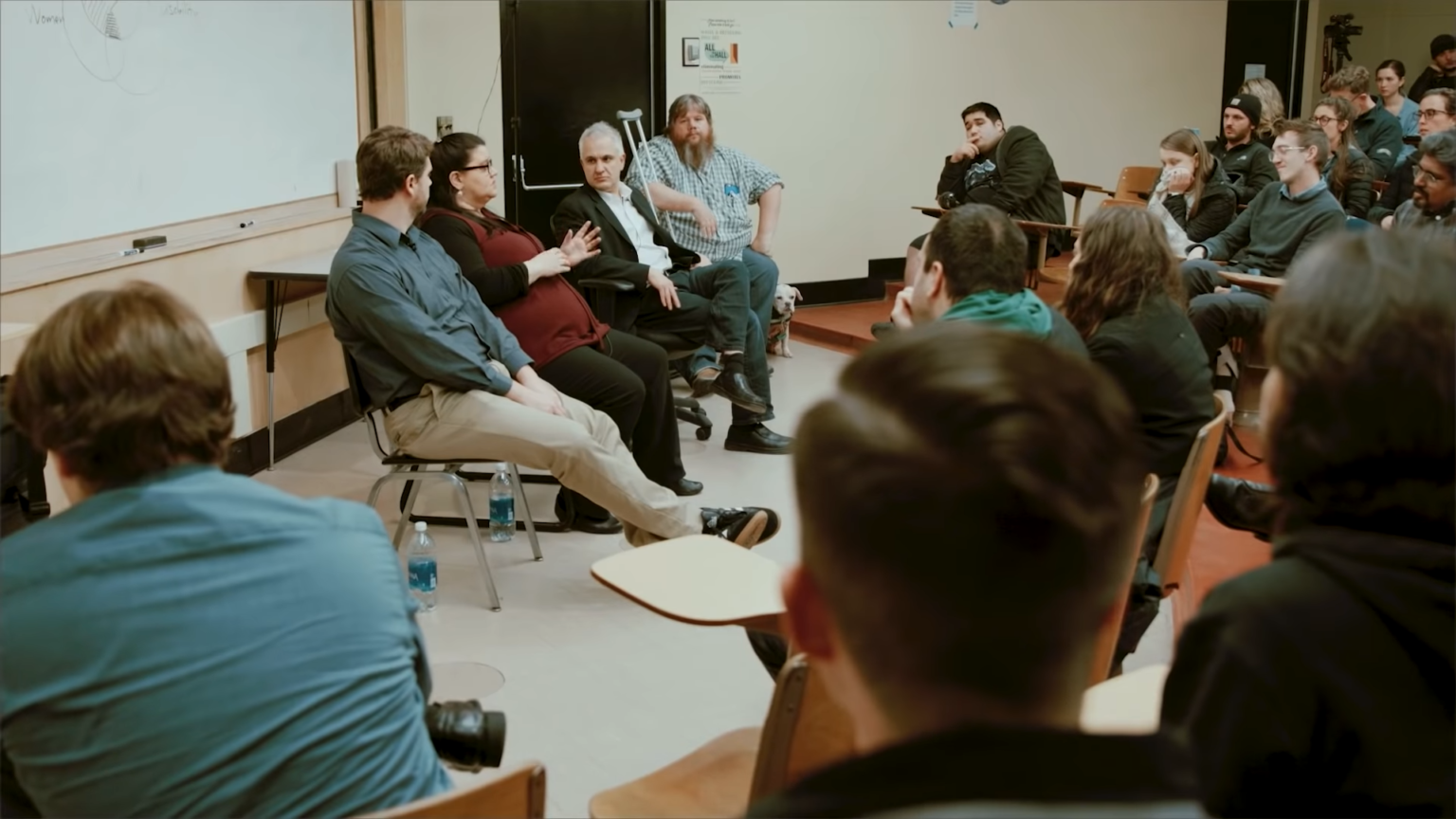 Postmodernism has come in for a lot of criticism lately. Last week it emerged that three academics, Helen Pluckrose, Peter Boghossian and James A Lindsay, had convinced various scholarly journals to accept papers making deliberately absurd and immoral arguments by using the scholarship and discourse of what they call ‘postmodern’ theory. For instance, one paper reproduced paragraphs from Mein Kampf in intersectional feminist language.

But the language of intersectionality and, in particular, its crude organising of people into fixed groups, is actually at odds with postmodernism, which eschews such categorisations.

My own study of prominent postmodern thinkers like Michel Foucault and Emmanuel Levinas was a good grounding for libertarian thought. These thinkers were interested in cultivating difference and tolerance, the opposite of censorious identitarians who try to silence people and viewpoints they don’t like.

Foucault, in particular, was suspicious of institutions that try to control the way people think, speak and act. In a 2014 interview with Jacobin, the sociologist Daniel Zamora spoke of Foucault’s attraction to economic liberalism: ‘He saw in it the possibility of a form of governmentality that was much less normative and authoritarian than the socialist and communist left, which he saw as totally obsolete.’

Though Foucault was very much involved with the left for much of his academic life, he was free-thinking and open-minded about ideas from all over the political spectrum. He favoured the anti-essentialist spirit of postmodernism, which is an anathema to the deeply racialised and gendered outlook of intersectional identity politics.

Postmodern thinkers are also criticised for their fluid conception of reality. But they are not wrong in this. Perceptions of reality do shift over time. In actual fact, postmodernism understands that there is a battle of ideas in which consciousness can be altered through debate and discourse.

The way our society talks about men, women, race and gender is always changing. The hugely influential philosopher of science Thomas Kuhn wrote in the 1960s that even science has undergone numerous paradigm shifts throughout history. That doesn’t mean that reality is totally subjective, as postmodernist thought is often caricatured as saying, but that we are constantly changing the lens through which we view it, sometimes with greater understanding, sometimes less. For instance, I would reject any argument, postmodernist or otherwise, that tried to convince me that Galileo’s theory of a heliocentric galaxy was of equal value to a geocentric one.

Postmodern thinking, and in particular its aim to highlight ‘social constructs’ in society, seems now to be associated with the very worst of the grievance-mongering, victimhood and intolerance of identity politics. But just because postmodernism and identity politics both challenge notions of empiricism and objectivity, the latter in an attempt to deconstruct white privilege or gender norms, does not mean that postmodernism is the source of these arguments. Deconstruction is a technique. The fact that it is used to make identitarian arguments does not mean identitarians are postmodernists.

Postmodernism is very often unfairly maligned. There is much more that lies behind the rise of identity politics than postmodernism. There is also much in postmodernism that is useful for those of us interested in free thought and an open society.