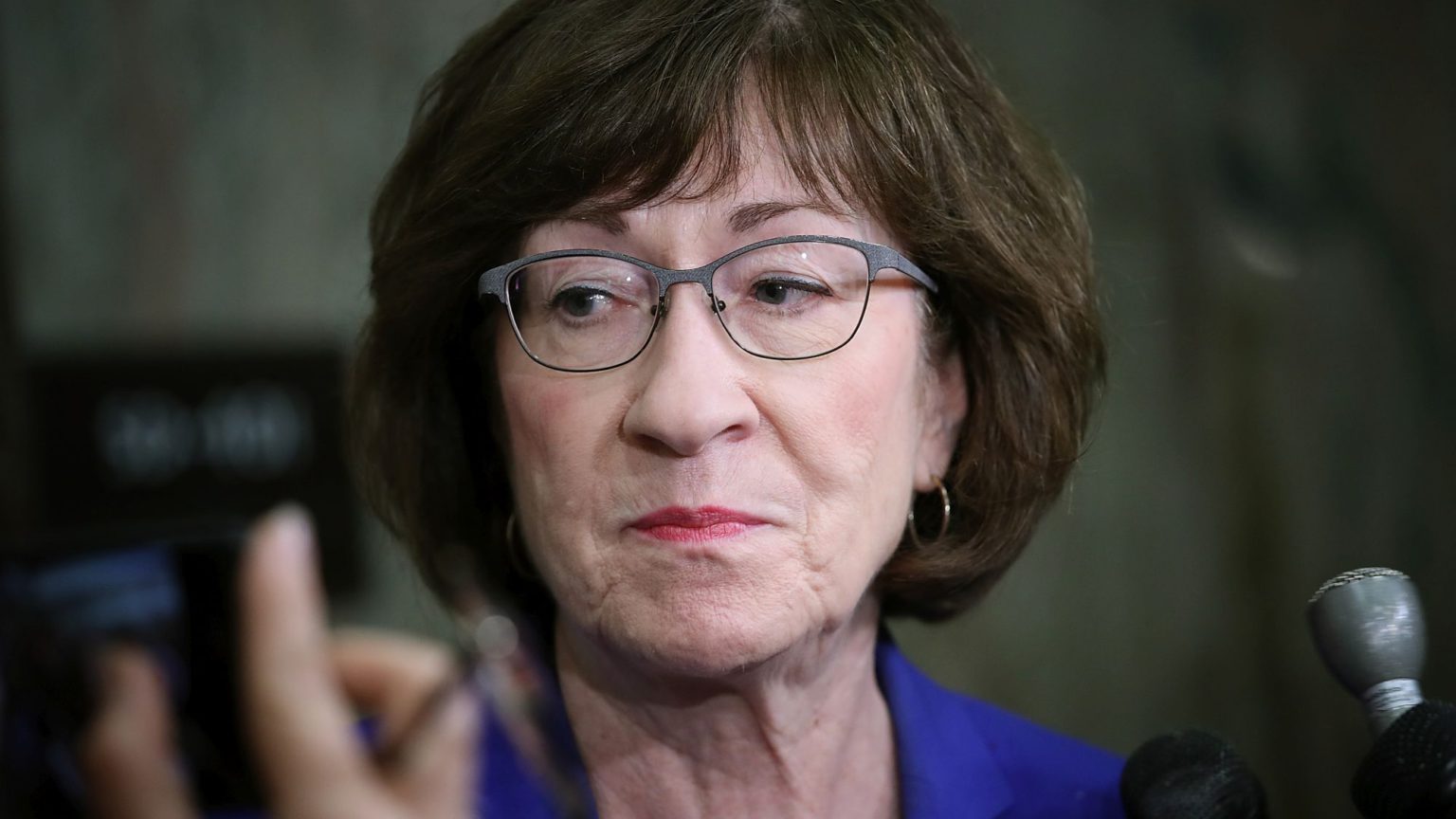 White women are scum. That’s the message of a column published by the New York Times on Saturday. Written by Alexis Grenell, and titled ‘White Women, Come Get Your People’, the piece is an unhinged screed against the ‘gender traitors’ who apparently make up the vast bulk of white womankind.

These bitches – Grenell doesn’t use that word, but it drips from her every sentence – apparently think that protecting their so-called racial privilege is more important than offering solidarity to their fellow females. So they will slavishly, obediently line up behind white men, even people like Donald Trump and Brett Kavanaugh, and not give a single thought to the women allegedly abused by such men. Why? Because there is a ‘blood pact between white men and white women’, says Grenell, taking the New York Times closer to a fascistic-style racial-deterministic worldview than any respectable newspaper should ever want to get.

Grenell’s piece captures so much that is wrong, and scary, in contemporary identity politics. First, it captures the extent to which the identitarian movement thinks emotionalism should enjoy primacy over reason in the public square.

‘After a confirmation process where women all but slit their wrists, letting their stories of sexual trauma run like rivers of blood through the Capitol, the Senate still voted to confirm Judge Brett Kavanaugh’, she writes. She cannot believe that protesters’ visceral, self-regarding expressions of trauma did not outweigh the calm, evidence-weighing deliberations of those charged with deciding if Kavanaugh is fit for the Supreme Court. The sense of entitlement is staggering, as if the subjective feelings of a tiny number of mostly well-connected protesters should take precedence over the discussions of those elected by millions of Americans.

There is a peculiarly misogynistic sentiment behind this elevation of women’s trauma, their ‘rivers of blood’, over rational political discussion. It usurps the arguments made by Suffragettes, who insisted women were more than their ‘viscera’, that they were capable of reason as well as emotion. In response to articles in journals like The Anti-Suffrage Review, which in 1910 argued that ‘woman is emotional’ and therefore she has difficulty ‘forming abstract ideas’, the Suffragettes insisted that women had the capacity for cool, reasoned thought.

Female suffrage would not lead to ‘government by emotion’, they said – ‘government by emotion’ being the cynical, sexist phrase used by The Anti-Suffrage Review to describe politics if women had a say. Now, a hundred years later, a so-called feminist, in the New York Times no less, calls, in essence, for government by emotion, casually trying to undo the work of those who fought hard to establish women’s capacity for political reason.

Indeed, Grenell attacks the women who refuse to do government by emotion – that is, the female senators, like Susan Collins and other Republicans, who weighed up what had been said about Kavanaugh and decided that he should be confirmed for the Supreme Court. These women who prefer reason to the attempted emotional blackmail of ‘stories of trauma’ are the real problem, insists Grenell. They are ‘gender traitors, to borrow a term from the dystopian TV series The Handmaidens Tale’. For them, ‘standing by the patriarchy [is] a full-time job’, says Grenell.

Grenell must pathologise their decision-making, depicting it, not as a freely arrived-at political choice, but as the instinctive behaviour of women in thrall to patriarchy. This urge to delegitimise people’s political outlooks – usually by suggesting they only think the way they do because they are a white man, a white women, cis, or whatever – is one of the nastiest things about identity politics today. It is riddled with bad faith and a preference for shutting down over engagement. It disbelieves everyone.

Grenell then extrapolates from the decisions made by white women in the Senate in order to demonise all white women. ‘We’re talking about white women’, she makes clear, before attacking this racial group for being weak, selfish, controlled by men – all things that misogynists used to say about women.

These white women will always side with abusive men because they know that if they ‘betray the patriarchy’, even their ‘whiteness won’t save [them]’. So they vote Trump, back Kavanaugh, agree with people who say that young men get it in the neck too much these days from a political sphere infused with anti-sex feminism.

This poisonous assault on an entire group – white women – reveals the extent to which today’s identitarianism has pathologised whiteness. To be white is to be suspect, corrupted, morally inferior, untrustworthy. This is a racist outlook. It is the definition of racism to define a racial group as lesser on the basis of their skin colour. The New York Times now publishes racist articles. Identity politics has made this acceptable.

Grenell’s piece fundamentally points to the hatefulness in identity politics. For a movement that claims to care about racial and sexual equality, identitarianism sure seems to harbour a lot of spite for certain races and sexes. Indeed, if you want to see open racism these days, forget the mainstream right; look instead to the now mainstream, supposedly left-wing politics of identity, which thinks racially, speaks racially, and condemns whole races. And if you want to see open misogyny, forget conservatives or Republicans; look instead to gender feminists, who openly talk about women who vote for Trump or dispute ideas like ‘rape culture’ as brainwashed creatures, suffering from ‘internalised misogyny’ and so beholden to men that they do not know their own minds or their own best interests.

Grenell’s column might be mad, but it has shone a light on the dark irony in identity politics: it poses as anti-racist and pro-women but it has done more than any other movement of our era to rehabilitate racism and demean women.