The myth of a climate crisis

Roger Pielke Jr on the dangers of eco-alarmism. 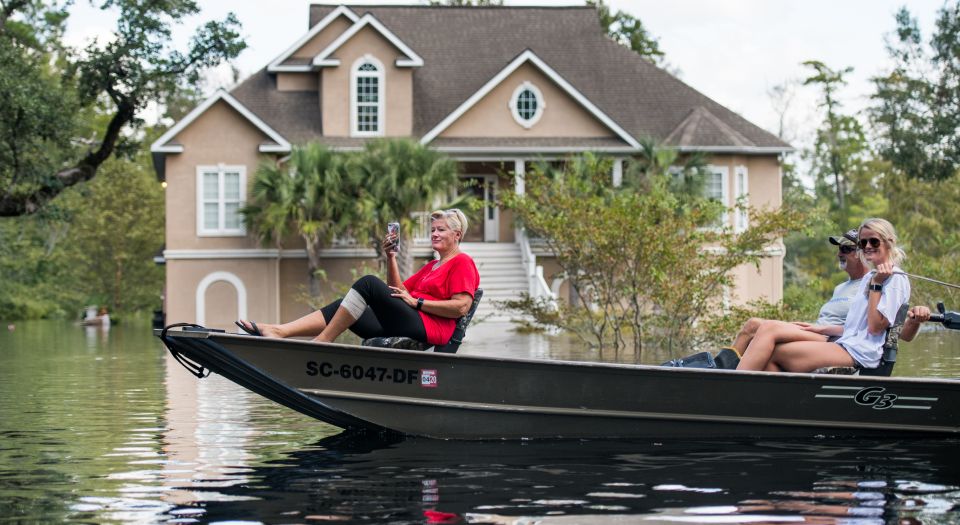 At the beginning of every autumn, as we approach the peak of the hurricane season and the lowest Arctic sea-ice extent, we have to endure a deluge of media hysteria and doom-laden reports about climate change.

This year, for instance, one report, produced by the Global Commission on the Climate and Economy (GCCE), urged governments to spend $90 trillion over the next decade because ‘more frequent and more intense extreme weather events are becoming the “new normal”’ – a claim illustrated with the following chart:

If it were a true reflection of the state of the planet’s ‘normal’ condition, it might be a compelling case for action. But this chart is not derived from weather data. It is as if the putative fact of climate change permits those who assent to it to speculate about its consequences, whereas those who question this speculation are shut out of public debate.

This is something Roger Pielke Jr, a professor of environmental studies at the University of Colorado Boulder, knows only too well. Debates about climate change, he tells me, have been turned into ‘legitimacy wars’, something he explores in his newly updated 2014 book, The Rightful Place of Science: Disasters and Climate Change. There he retells his own experience of the climate-change debate, and explains why climate advocates are preoccupied with delegitimising opposition, rather than debating it.

One such attack on Pielke’s legitimacy in the US came from within the Democratic Party. The WikiLeaked emails of John Podesta, the chairman of Hillary Clinton’s 2016 US presidential campaign, revealed that a climate activist had boasted to billionaire Tom Steyer that Podesta’s Center for American Progress had successfully prevented Pielke from writing for Nate Silver’s FiveThirtyEight website. It didn’t stop there. After Pielke gave evidence about extreme weather and climate change to the Senate Environment and Public Works Committee in 2014, John Holdren, who was then President Obama’s science adviser, contradicted Pielke and accused him of being outside the ‘scientific mainstream’. Holdren’s words convinced Congressional representative Raúl Grijalva to investigate the funding of Pielke’s and others’ research, hoping to discover links to fossil-fuel companies. The investigation revealed that Pielke had no such funding, but the smear stuck.

What had Pielke done to prompt such attempts to delegitimise him? It may be because much of his work (and the main theme of The Rightful Place of Science) challenges the idea that we face a looming and inevitable climate catastrophe – an idea sacred to environmentalists because it allows them to circumvent debate, and make policies in spite of public opinion.

The problem with the climate-crisis idea, as Pielke shows, is that most extreme weather data do not support it. This, explains Pielke, is not a fringe view; it is the consensus of climate science.

Moreover, campaigners’ conviction that anthropogenic climate change is bringing disaster upon us overlooks the extent to which economic and social development has enabled us to cope better with extreme weather events. As Pielke explains, ‘societal change is underappreciated, overlooked, and part of that is politics’. ‘The climate-change issue’, Pielke continues, ‘has taken all the oxygen out of the room for vulnerability, resilience, natural climate variability, indeed pretty much everything else that matters. It is absolutely the case that overall being richer as communities, as nations, is associated with more resilience, less vulnerability to natural disasters, particularly when it comes to loss of life… The climate issue has become so all-encompassing that it’s hard to get these other perspectives into the dialogue.’

In other words, climate change may well be a problem, but the data sets consistently show that economic and technological development mitigate the worst problems that climate has always caused. The GCCE report, for instance, appears to show that occurrences of drought increased globally by nearly 9,000 per cent between 1920 and 1940 and between 2000 and the present. But a full look at the data from the same source reveals that the deaths caused by droughts have fallen by nearly 96 per cent, despite a nearly fourfold increase in population.

Climate-change advocates are now adopting a new strategy, which, Pielke argues, marks a comprehensive departure from the scientific consensus. Rather than empirical analyses, they are now making probabilistic claims to link anthropogenic climate change to extreme weather and natural disasters. These claims are produced by entering extreme-weather stats into two climate simulations: one in which there has been no increase in atmospheric CO2 concentration, and one in which CO2 concentration is the same as it is in today’s atmosphere. By comparing the occurrence of extreme events in the two simulations, they can come up with an estimate of climate change’s influence.

But, as Pielke writes, ‘the use of highly uncertain and malleable methods, with essentially no predictive skill, to associate essentially any extreme event to climate change is a recipe for headlines and advocacy’.

Do not pigeonhole Pielke as a climate sceptic, however. He maintains that climate change is real, and presents serious risks to society. His problem is that climate alarmism has distorted both the problem, and how best to understand and respond to it.

‘If the main risk of accumulating greenhouse gasses in the atmosphere was a rise in extreme events, and only extreme events, then it would be a much less powerful case for action’, he tells me. ‘It makes for great headlines, but extreme events in the big picture are not that impactful on societies around the world compared to other things like financial crises and so on.’

Pielke seems to understand well the character of environmental politics. ‘Many aspects of this debate simply cannot be resolved through evidence, since we don’t have any actual data about the future, only assumptions’, he says. This explains the nastiness of the legitimacy wars. ‘Opponents in such debates’, he says, ‘resort to proxies of expertise to try to assert some phantom mandate. The end result has been neither to win the debate nor to secure a political mandate, but to politicise the science itself.’

Pielke’s response is to appeal to scientists. ‘I’m less worried about politicians who cherry-pick and select facts to support a particular narrative’, he says, ‘than I am about us supposed experts who decide to go along with them because they see it as politically convenient… Being an expert and an academic, I have far more hope that we can control how we behave and what we do in public debates than we can control what elected officials do in democracies.’

The Rightful Place of Science: Disasters and Climate Change, drawing on Pielke’s technical expertise and personal experience, gives a convincing account of the politicisation of science, and how science and politics might be disentangled. He may not fully explain the phenomenon of alarmism or the excesses of political environmentalism, but he takes a big step towards encouraging a more vital, challenging and critical debate over climate change. Those who believe that this is simply cover for sceptics can relax: Pielke points out that countries where there has been an active sceptic voice are the ones that have made the most progress on reducing CO2 emissions.

The Rightful Place of Science: Disasters and Climate Change, by Roger Pielke Jr, is published by Consortium for Science, Policy and Outcomes. (Buy this book from Amazon(UK).)