Now the EU wants to turn off the Sun

They dream of stopping populism by curbing press freedom. 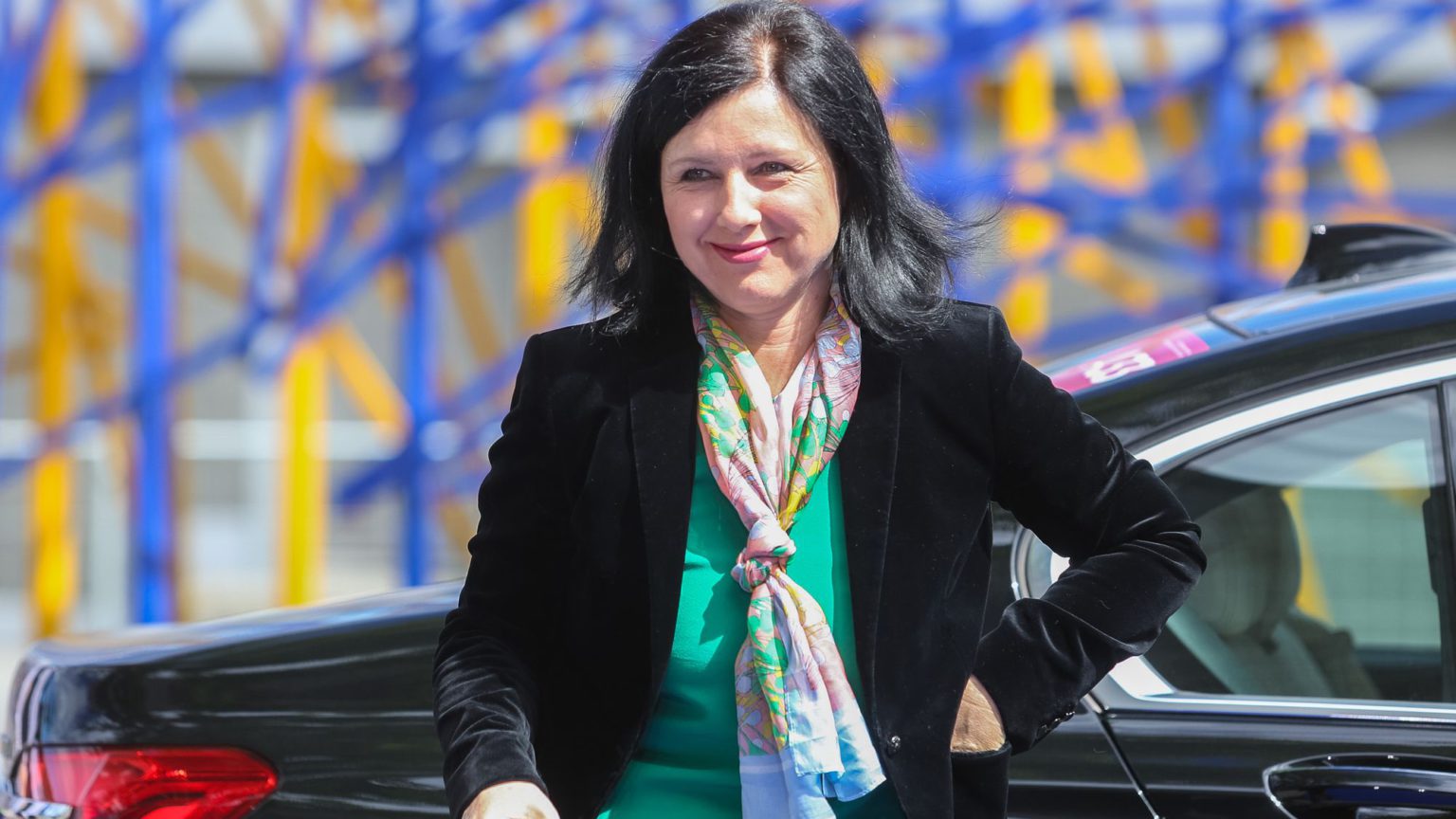 The European Commission has come up with a new way to prevent people backing Brexit – not by winning the argument, but by curbing press freedom. They want to stop the British press encouraging ‘hatred’ of EU leaders and judges, and impose a ‘European approach’ of ‘smart regulation’ to control the views expressed by the tabloids and their supposedly non-smart readers.

European justice commissioner Vera Jourova (pictured) stuck the stiletto into the Sun and Co in her big speech at something called the Fundamental Rights Forum in Vienna, organised by the EC’s Fundamental Rights Agency. One ‘fundamental right’ these Eurocrats despise is the freedom of the press to criticise, insult and ridicule the pompous pro-EU elites. They believe instead in the fundamental right of Europe’s unelected courts and commissions to decide which ‘responsible’ opinions are fit for publication.

Condemning UK tabloids for causing ‘divisions’ over the EU, Jourova singled out two front pages: the Sun’s attack on EU leaders after last week’s Salzburg summit – ‘EU Dirty Rats’ – and the Mail’s earlier attack on the UK’s anti-Brexit judges as ‘Enemies of the People’. She argued, according to the supportive Guardian, that ‘the media’s job in holding the powerful to account should be balanced with a responsibility to avoid encouraging hate’.

Jourova is making a familiar cheap attempt to link tabloid criticisms of the EU with her claim that ‘hatred is on the rise’ in the UK and Europe. Yet her choice of targets rather gave the game away. The ‘hatred’ the EC is really worried about is not some imaginary pogrom against Europe’s powerless ethnic minorities. It is the rising tide of popular ill-feeling towards a tiny powerful minority of elitist politicians, bureaucrats and judges, as captured well in those tabloid front pages.

For some reason the justice commissioner’s attack on media outlets that ‘sow divisions [and] spread disinformation’ did not include the Remainstream media that have spent more than two years branding Leave voters as ignorant racists and spreading hysterical scare stories about Brexit. The scales of EC justice are tipped decidedly one way.

The EC’s solution to the publication of front pages it finds offensive? Put the censor’s blue pen through the red tops! Not in the old brutish way with jackboots and bonfires, of course. But by imposing more sophisticated controls through what Jourova calls a ‘European approach to media based on quality and smart regulation, if needed’.

By ‘quality’, the commissioner means endorsing the Remainstream media that toes the Euro-establishment line: think of a Brussels-backed, EU-wide version of BBC News. By ‘smart regulation’, she means controls that are aimed like smart bombs, dropped from on high on to the specific target of the rabble-rousing British tabloids.

This is not a ‘European approach’ at all. It is an EU approach, entirely at odds with the liberty-loving traditions of Europe, the continent that pioneered the freedom of the press. Another example of why some of us have long campaigned ‘For Europe, Against the EU’.

If there is one thing the EU elites understand almost as little as liberty, it is irony. Thus Commissioner Jourova, who is Czech, could seriously claim that her own experience of life under Stalinism proved that curbs on the Brexit-backing press are needed today. ‘I lived in a totalitarian regime where there was only one right ideology, only one right government and only one allowed discourse’, she said. ‘Minorities did not exist, diversity of views and opinions were not respected. People did not dare to speak up.’

Free speech in Europe arguably is threatened by a sort of soft totalitarianism today. But the threat does not come from tabloid newspapers, which lack the power to impose their views on anybody. It comes from the conformist ‘You can’t say that’ culture of the allegedly liberal elites, who insist that there is ‘only one allowed discourse’ and ‘only one right ideology’ and that we must respect all diversities except ‘diversity of views and opinions’. It comes from unaccountable EU leaders who propose new curbs on British media for expressing the ‘wrong’ views, while still finding the time and the nerve to condemn Hungary’s elected right-wing government for failing to respect press freedom.

As ever, the underlying target of attacks on the mass media is the masses, who the EU elites believe must be stupid to have been duped into backing Brexit or Europe’s populist parties. Commissioner Jourova claimed that the biggest problem is ‘fear’, spread by the media and demagogues. ‘When we are afraid’, she said, ‘we often switch off rational thinking and escape to our instincts, even the darker ones’.

And as ever, the real fear on display here is the elites’ fear and loathing of the demos – the people. They see us as irrational, frightened children, driven to the dark side by tales of the bogeyman. The fact that millions of people in the UK and Europe have used entirely ‘rational thinking’ to reject the rule of the European Commission is beyond their comprehension. The fearful EC’s only answer to the ‘darker instincts’ it imagines must be behind support for Brexit is to try to turn off the Sun.

Contrary to the fantasy put about by the EU, the divisions in our society over Brexit were not invented by the tabloids. They are part of a real and unresolved battle over the future of our democracy. To reach a conclusion, we need more freedom for a no-holds-barred debate. And far less interference from EU elites, who will twist the notion of Fundamental Rights into a weapon to attack the freedom of the press.