Bono can’t give the EU a soul

U2 have tried, and failed, to give our technocratic age meaning. 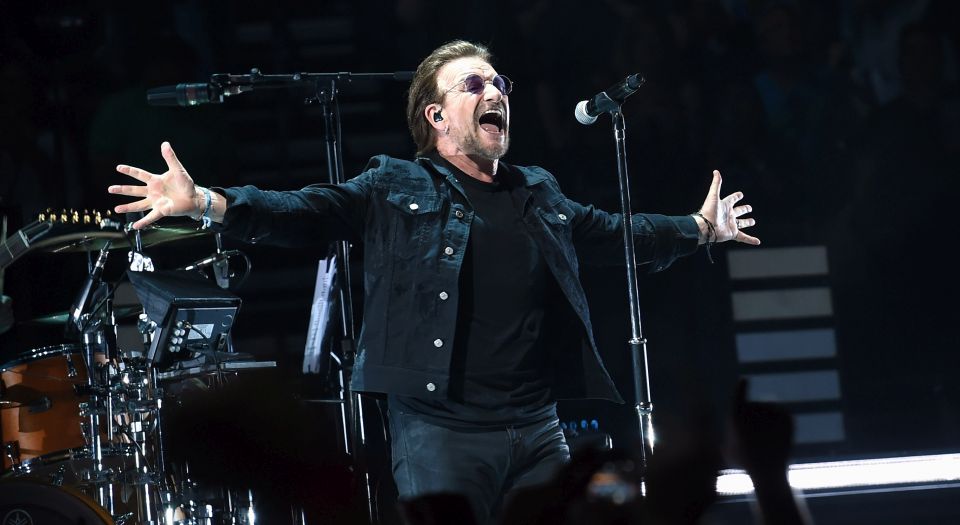 Explaining why U2 were going to wave the EU flag during their current world tour, Bono said the EU ‘deserves songs written about it’. He added: ‘There may be no romance to a “project” or sexiness in a bureaucracy, but… to prevail in these troubled times Europe is a thought that needs to become a feeling.’

To be fair to Bono (which is never easy), he is on to something. The EU is an opaque project. Its ‘citizens’ do not identify with it emotionally, intellectually or culturally. They don’t feel it. Even the EU’s symbols mean little, be it the EU anthem or the flag, punctuated by 12 stars, tellingly shining alone rather than in union.

Which is where U2 come in. For four decades now, these good, middle-class Christian boys from Dublin have cultivated themselves as the soul in a soulless world. While they talk up their punkish to post-punk origins, U2, in temperament and tone, sit more easily alongside the likes of Sting and Bob Geldof, earnestly supporting supposedly worthy causes. And like Sting and Geldof, U2 were often mocked for it. Theirs was a sanctimony so swollen with hubris, it asked to be pricked. Which the Pet Shop Boys duly did with the scathing 1991 single ‘How Can You Expect to Be Taken Seriously?’.

Yet, irony came to U2’s rescue. That, at least, is certainly how it looked by the time of Achtung Baby (1991), with Bono embracing the character of ‘The Fly’, a hodge-podge of sleazy Jim Morrison-style messianism and the crotch-thrusting clichés of rock’n’roll excess. U2 looked to every over-educated music journo as if they had abandoned earnest humanitarianism and gone full-on postmodern. But in the industrialised, distorted guitar licks of ‘The Fly’, and the lyrics of ‘Even Better Than the Real Thing’, an anti-hymn to coked-up consumerism, Achtung Baby exposed the death of rock’n’roll transgressiveness and reckoned with the only thing seemingly left: shopping and watching MTV.

Nevertheless, there was still room in their world, it seemed, to feel. Achtung Baby was made in Berlin in the immediate aftermath of reunification. It dealt angstily with the uninspiring triumph of vaguely liberal capitalism, but was willing to embrace it, too – provided one had an outlet for being a good soul, whether that was in the uplift of a soaring, lighter-aloft chorus, or in supporting fairtrade. And it is this album and this outlook that brought U2 into alignment with post-Cold War political and business elites.

A year after Achtung Baby was released, the European Union was born. And right on cue, U2 duly serenaded it with their first attempt at an EU anthem, Zooropa (1993). On the title track, Bono croons, affirmatively, ‘Zooropa better by design / Zooropa fly the friendly skies / Through appliance of science / We’ve got that ring of confidence’. But there is doubt and critique, too, especially on its first single, ‘Numb’, a downbeat, angst-ridden response to supposed information overload.

This was U2 at their creative, critical and commercial height during the 1990s – critical cheerleaders of the new, post-Cold War world. They were like the Corporate Social Responsibility arm of a global corporation, the caring yin to the capitalist yang. Bono nuzzled up to the global political and business elite at every opportunity. To this day, wherever there is a G8 summit, Bono is there, next to whoever is leading the world at that point, from George W Bush and Tony Blair to Mark Zuckerberg and Bill and Melinda Gates.

By the mid-to-late 2000s, it became difficult to disentangle U2 from the elites who flattered them. This is reflected in the music they produced after 1997’s Pop, a last creative hurrah as it turns out. The music becomes stodgy, sentimental and predictable – and increasingly irrelevant. The irony and angst is gone, and, with it, the distance from the powers-that-be. U2 simply now mirror the elites: they are globalist and cosmopolitan in outlook, far happier bestriding the world on tour, than residing at home; and they are no longer very popular.

That U2 thinks it is their job to provide the EU with feeling is hardly a surprise. The problem is that U2’s moral credentials, like those of the political and business class, have taken a battering over the past decade. It was easy to enjoy ironically the boons of capitalism during its post-Cold War, credit-fuelled boom; but to strive to continue doing so, after the crash, as U2 did when minimising their tax liabilities, was always going to play badly. They now look as self-interested as politicians.

Perhaps, at some subliminal level, hidden deep beneath his swollen ego, Bono is aware of this. Perhaps he knows that his time, like that of the political and business class, has come to an end. Perhaps that is why, on the opening night of U2’s tour in Berlin, Bono lost his voice.