Crashed: no light at the end of the tunnel

Ten years on, the financial crisis is still being misunderstood. 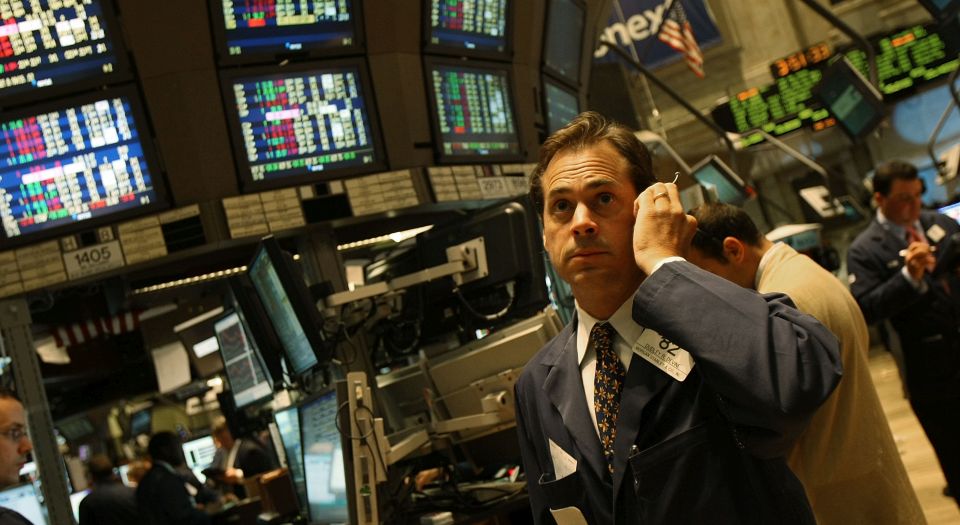 The bankruptcy a decade ago of Lehman Brothers, a Wall Street investment bank, is widely seen as turning point in early 21st-century history. Many view it as a trigger for the global financial crisis, which in turn precipitated the worst economic downturn since the 1930s. The subsequent imposition of austerity is widely seen as a key factor in the rise of populism across the Western world.

Given that Crashed has quickly come to be regarded as the definitive work on the crisis and its aftermath, it is an important book to examine. Adam Tooze, a professor of history at Columbia University in New York, has certainly assembled a huge amount of empirical material. The main text is over 600 pages long and there are another 70 pages of footnotes in both English and German. But, despite some insights, what the book inadvertently reveals is the inability of even the sharpest of mainstream thinkers to get to the root of recent developments.

Tooze argues that the financial crisis is both a global and an ongoing affair. The September 2008 collapse of Lehman Brothers on Wall Street may have become a key reference point, but the crisis quickly engulfed other parts of the world. Tooze maintains, convincingly, that an over-extended European banking system was particularly vulnerable to collapse. After 2012, this crisis ‘morphed’ (his word) ‘into a comprehensive political and geopolitical crisis of the post-Cold War era’. This leads him to examine a wide range of ‘aftershocks’, including: widening inequality in the US; turmoil in the Ukraine; events in Greece; the election of Donald Trump as US president; and Brexit.

The problem is that the enormous breath of Tooze’s analysis becomes a substitute for examining any question in sufficient depth. He fails to adequately explain either the roots of the financial crisis or the dynamic behind the diverse political trends he discusses.

At a minimum, a truly definitive work on the crisis would be expected to explain why it came about. Instead there are several assertions, but no systematic explanations. For example, like many others before him, Tooze suggests that financial deregulation was an important factor, but this is never examined in detail. The claim here is that lax regulation made it possible for financial institutions to act in irresponsible ways. He also asserts that ‘ground zero was America’s housing market, for sure’. In other words, the flawed financial instruments linked to the US mortgage market played a key role in bringing down Lehman and other financial institutions.

Yet only nine months after Lehman’s collapse, the Bank for International Settlements, the central bankers’ central bank, had already gone further than Crashed does in identifying different possible explanations. These included, among others, the claim that a protracted period of low interest rates had created the basis for asset-price bubbles to emerge in areas such as property. Another argument was that a build-up of international imbalances, such as the huge US trade deficit and the Chinese surplus, played an important role in destabilising markets.

Tooze should, of course, be free to reject such explanations in favour of those he prefers. But nowhere in Crashed is there a methodical examination of the causes of the crisis. There is certainly nothing comparable to the argument put forward by Phil Mullan previously on spiked. For Mullan, the Lehman crisis was a manifestation of problems that had been brewing in Western economies for several decades. Writing on the 10th anniversary of the financial problems that preceded Lehman, he argued that, ‘dramatic as the events of summer 2007 were, their real significance was not that they were the start of a financial crisis, but rather that they looked like the end of the protracted second act of the Long Depression’.

For Mullan, the Long Depression dated back to the slowdown in investment and productivity growth in the 1970s. Although this initially caused a shock in the mid-1970s and early 1980s, by the end of the 1980s Western capitalism had entered a more tranquil and slow-moving phase. Western elites benefited from the defeat of working-class politics at home and the relative stability brought about by the end of the Cold War. This created the basis for a more financialised world economy with greater capital flows between nations and a rapid expansion of debt. This financialised environment provided the backdrop to Lehman’s collapse. But Lehman was an outcome of earlier economic trends, rather than a force for instability in itself.

Few mainstream thinkers even explore such possibilities as they tend to fetishise finance. That is, they see the financial markets and financial institutions as forces in their own terms rather than examining whether there are any more fundamental economic forces at work. The simple fact that a severe recession followed Lehman’s collapse is often taken as sufficient evidence that the financial crisis was the cause of the downturn. But that is a common logical fallacy. Just because one event follows another, it does not mean that the previous event is necessarily the cause.

In the case of Lehman, it is too often forgotten that its collapse happened in an environment of chronic economic weakness. Focusing too much on finance is like explaining a forest fire by saying someone lit a match to set it alight. That may be true, but if the forest was already bone dry, that in turn has to be explained. No amount of examination of the match in question will tell anything like the full story.

Perhaps the US presidential elections of 2016 provide the clearest example of the financial crisis influencing the vocabulary of the election. As Tooze argues, one of the leading Democratic Party candidates, Bernie Sanders, did focus his campaign on attacking Wall Street. Trump, too, often attacked financiers as part of his campaign. Meanwhile, Hillary Clinton, the eventual Democratic party nominee for the presidency, no doubt lost support as a result of being too close to Wall Street. Among other things, she famously earned hefty speakers’ fees for giving talks to prestigious financial institutions.

But even in the American case, it is far from clear that the aftershock of the Lehman collapse was the predominant factor. Some commentators, such as Arlie Hochschild, a sociologist at the University of California, Berkeley, have pointed to the huge cultural gap that has opened up between the American elite and a large section of the population. Many Americans felt estranged from the espousal of identity politics and PC culture that had become prevalent in elite circles. And a large number of Americans felt estranged from politics despite living in what claims to be a democracy.

Admittedly, this cultural divide comes on top of a prolonged period of stagnant wages for a substantial section of the American population. But the protracted period of static real wages goes back several decades. In other words, it long pre-dated the financial crisis only a decade ago. The Lehman collapse of 2008 clearly could not be responsible for stagnant wages in the 1970s, 1980s and 1990s.

In any case, Tooze feels no obligation to explore either the protracted period of static wages or the importance of cultural factors in Trump’s election victory. On the contrary, the narrow prism of finance precludes Tooze from doing either. Instead, he follows the common path of many self-defined ‘liberals’, with side-swipes condemning ordinary Americans as stupid and xenophobic. He fails to see that many Americans had good reason to resent an aloof and arrogant establishment, which had no qualms about condemning them as ‘a basket of deplorables‘.

In the case of Britain, the connection between the financial crisis and the Brexit referendum result is even less convincing. Tooze makes a just about plausible case that one reason David Cameron decided to announce the referendum in January 2013 was to help protect the status of the City of London. The then prime minister assumed that a ‘yes’ vote would strengthen his hand in negotiations with other members of the European Union. Whether or not this is true, it is hard to see it as anything more than a footnote in the voluminous discussion around Brexit.

In Britain, as in the US, there was a sharp divide between a ruling technocratic elite and a large swathe of the population. Many in Britain felt, rightly, that they were marginalised from politics. Key decisions about how the country is run, including control over its borders, had been taken out of the realm of democratic debate. Only in Britain, the choice was not between an establishment presidential candidate and an irascible political maverick, but over leaving the EU or remaining within it.

However, there is one way in which Tooze, almost despite himself, does help explain why many people on both sides of the Atlantic felt estranged from decision-making. He does show several instances where both central banks and the EU act in blatant disregard of democracy. For example, he talks of a ‘spiral of silence’, in which central banks played down the huge scale of their international financial collaboration. This was an important economic development on which there has been no democratic debate.

To his credit, although he is a self-professed supporter of the EU, he also points to flagrant disregard for democracy within it. For instance, he points to how, at the G20 Cannes summit in November 2013, the leaders of France and Germany colluded to remove the democratically elected leaders of Greece and Italy. In both cases they were replaced by unelected technocrats. If Tooze had probed the significance of such developments further, he probably would have developed a better understanding of the role of populism.

Crashed fails as it provides neither a convincing explanation of the roots of the financial crisis, nor a balanced account of subsequent political developments. The definitive works on all of these topics remain to be written. But trying to explain complex political shifts through the narrow prism of finance was always bound to fail.

Daniel Ben-Ami is a writer based in London. An expanded version of Ferraris for All: In Defence of Economic Progress is available in paperback. (Buy this book from Amazon (UK).) Daniel is speaking in the session ‘Trust: 10 years after the financial crisis, have we learnt the lessons?’ at the Battle of Ideas festival on Sunday 14 October.

Crashed: How a decade of financial crises changed the world, by Adam Tooze, is published by Allen Lane. (Buy this book from Amazon(UK)).