Governor of the Bank of Anti-Brexit

Mark Carney’s self-reappointment sums up what Leave voters revolted against. 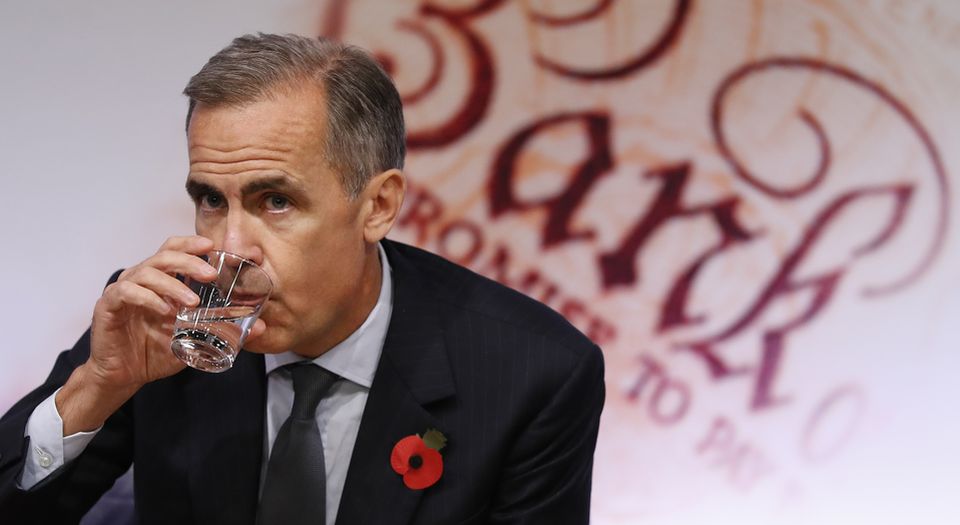 If you want to see the embodiment of the anti-democratic, unaccountable elitism against which Brexit voters revolted, there is no need to go to Brussels. Look no further than Threadneedle Street in the City of London, where Mark Carney, governor of the Bank of England, acts as if he is the royal governor of some colonial outpost.

Canadian-born Carney might be the first non-British governor of the Bank, but he is at the heart of the UK’s Remainer establishment. Brought in by former Tory chancellor and Remainiac George Osborne in 2013, Carney has been dubbed ‘the high priest of Project Fear’ for his constant pre- and post-referendum warnings of the allegedly dire economic consequences of leaving the European Union.

Now, like all high priests, Carney seems to believe that he can only be removed from his post by God. Having originally signed on until this year, Carney later informed Osborne he would extend his stay as governor until June 2019. This week, however, the governor graciously advised a committee of MPs that he was willing to remain in post longer still, in order ‘to promote a smooth Brexit’. Translation: he wants to remain in office to promote a Remain-by-another-name deal that changes as little as possible for the economic and political elites.

Carney’s announcement that he would appoint himself governor for a longer term was preceded by a supportive story in the Evening Standard, now edited by ex-chancellor Osborne. It was then effectively endorsed by his supposed boss, current Remainer chancellor Philip Hammond. The Treasury merely stated that ‘Carney’s comments speak for themselves’ – a strange concession, some might think, when the same Treasury is supposed to be urgently appointing his successor.

Observing this ‘absurd carry-on… all played out to the backdrop of Brexit’, Times commentator Alistair Osborne concluded that ‘the overriding impression is of a stitch-up between pro-Remain chancellors (past and present) and a pro-Remain governor. They may even have bounced [prime minister] Theresa May into it. You don’t have to be a loon Brexiteer to say that.’

Thanks for that, Alistair. For some of us non-loon Brexiteers, the Remainer stitch-up to keep Carney at the helm sums up what we voted against: not just the Brussels bureaucracy, but the equally high-handed, imperious and unaccountable Remainer elite in the UK.

As governor, Carney epitomises the shift of power in society towards unelected institutions and authorities. He is the sort of technocrat who believes, like every anti-democrat since Plato, that important decisions which affect the lives of millions are best left to the experts. Never mind the consequences of their consistently atrocious forecasts and policies, the technocrats know what’s best for the rest of us.

This was spelt out in a revealing exchange between the prime minister and the governor shortly after May took office following the 2016 EU referendum. In her speech to the Conservative Party conference that autumn, May dared to criticise the consequences of the Bank of England and other central banks cutting interest rates and pumping money into the economy.

Governor Carney was furious at her uninvited intrusion into his fiefdom. In response, he declared that ‘the policies are done by technocrats. We are not going to take instruction on our policies from the political side.’ The self-styled technocrat is not to be held accountable for whatever he does to the national economy by any mere democratically elected politicians. When technocrats like Carney talk about ‘independent’ central banks, what they mean most is that they should be independent of any democratic interference by the millions who ultimately pay the price for their policies. He seriously believes that he is the guv’nor of our economic lives.

In response to the latest carry-on over Carney’s self-reappointment, Tory Brexiteer Jacob Rees Mogg MP – author of the ‘high priest’ tag – has called for the ‘politicised’ governor to be replaced. That would be a start. But we need to go further and re-politicise economic policy – not just by appointing different technocrats, but by bringing the Bank back under democratic control.

It was our political class, let us recall, who put the governor of the Bank of England and his command of monetary policy beyond the reach of democratic politics. Politicians across the West have freely outsourced financial authority to central bankers in a bid to avoid being held accountable for whatever happens. In the UK, it was Tony Blair’s New Labour government which gave the Bank ‘independent’ powers to set interest rates while floating above democratic politics. This was the first action of supposedly left-wing chancellor Gordon Brown after New Labour’s election in 1997 – a sign of how the left has gone along with the fashion for offloading democratic accountability for major decisions.

Of course, the governor of the Bank of England is not really independent of politics, as the behind-the-scenes conniving to keep Remainer Carney in office confirms. But he is independent of any public accountability and meaningful democratic debate about his decisions. We should give power back to parliament and the elected government, so that they can be held to account for their economic decisions where it matters – not in the Bank’s internal committees, but at the ballot box.

Meanwhile, governor Carney continues to lecture the demos about how sorry we’ll be for daring to defy him and backing Brexit. That’s what self-appointed tinpot autocrats have always told their colonial subjects, right up to the moment when they are thrown out of their palace.