This censorious movement only cares about the freedom to have a dig at Israel. 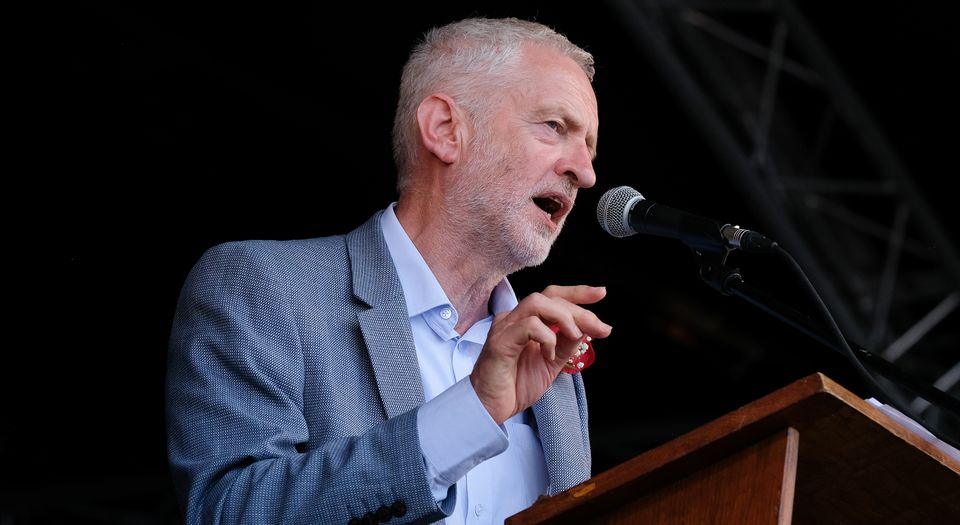 Last night the Labour Party finally agreed to adopt the International Holocaust Remembrance Alliance’s (IHRA) definition of anti-Semitism in full. Yet even after two painful years of public disagreement and demurring – two years in which accusations of anti-Semitism have lingered over Corbyn like a bad smell – and despite resignations and talk of breakaway parties, still the IHRA’s definition could not be passed without caveats. News that Labour’s National Executive Committee had accepted all the examples associated with the IHRA definition was accompanied by a statement declaring the party’s commitment to protecting free speech.

It is great to see Corbyn and his NEC allies defending the important principle of free speech. Indeed, the Labour leader wanted to go much further than the brief proviso that was eventually published. Corbyn initially proposed a far longer statement – a full 500 words – asserting the importance of free speech and maintaining the right to criticise Israel. We can only assume that when Labour MPs rally around Stella Creasy’s attempt to outlaw misogyny as a hate crime, or when discussion around regulating the press is reignited, or when restrictions on social-media companies are being called for, Labour will be similarly ready and waiting with the free-speech caveats. Sadly, this seems unlikely.

The idea that the Labour Party champions free speech beggars belief. Amid the protests and counterprotests surrounding the NEC meeting, activists – including those previously expelled from the party over claims of anti-Semitism – chanted ‘IHRA no, BDS yes’. The mental gymnastics involved in rejecting a definition of anti-Semitism in order to defend free speech in the very same breath as backing a campaign that curtails academic freedom and free cultural exchange are astonishing. The Boycott, Divestment and Sanctions movement aims to stop singers, sports stars and actors performing in Israel and explicitly calls for the censorship of Israeli scholars and scientists abroad. In putting a political and geographical proviso on free speech, BDS activists negate the entire principle.

Writing in the Guardian, Ash ‘I’m a communist, you idiot’ Sarkar rehearsed Corbynite concerns with the IHRA definition of anti-Semitism. We must, she urged, be ‘attentive to the fact that this creates a hierarchy of racism, in which one minority group is deemed worthy of protection and others are not’. But Labour MPs are never knowingly slow to call out racism. In the past fortnight alone, Dawn Butler has criticised Jamie Oliver for culturally appropriating jerk and Rosie Duffield has taken Canterbury’s new Tokyo Tea Rooms to task for an opening night involving women dressed up as geishas. David Lammy is permanently Twitter-ready to denounce elite universities and the police for racism.

‘Most importantly’, Sarkar proclaims, adopting the IHRA definition of anti-Semitism poses ‘a danger to the fundamental right to freedom of expression’. But yet again we see this apparently noble defender of free speech has tunnel vision. Sarkar backs both BDS and the No Platforming of speakers. It is not free speech she champions, but criticism of Israel. She’s concerned not to close down ‘what may be said about a geopolitical conflict’.

Of course, we should be free to criticise what occurs in Israel. Most recently, the Israeli parliament narrowly passed a law connecting nationhood to individual identity. The new Basic Law states: ‘The right to exercise national self-determination in the State of Israel is unique to the Jewish people.’ This deserves interrogation and criticism. While we’re at it, we might also want to condemn human-rights abuses in Turkey, Saudi Arabia, Syria and every other country around the world. Yet Labour’s fondness for free speech is laser-like in its focus on the one issue: the freedom to criticise Israel. It is almost as if they find something uniquely foul in that one country.

Significantly, the IHRA definition of anti-Semitism, taken on board by the British government and widely accepted in a number of other countries, does not rule out criticism of Israel. It specifically asserts that ‘criticism of Israel, similar to that levelled against any other country, cannot be regarded as anti-Semitic’. Labour adopted this definition, but notably not the 11 examples, into its code of conduct in July. The IHRA examples that Labour refused to accept include: ‘comparing contemporary Israeli policies to those of the Nazis’; ‘requiring higher standards of behaviour from Israel than other nations’; ‘accusing Jewish people of being more loyal to Israel than their home country’; and ‘claiming that Israel’s existence as a state is a racist endeavour’. Clearly Corbyn and his NEC pals want to criticise Israel in a way that is somehow different to the way in which they might criticise other countries.

It is more than just hypocritical when Labour’s activists champion free speech to criticise Israel at the same time as trashing the principle in all other scenarios. It suggests Israel is an exception, that treatment of this state alone demands caveats and qualifications. In his rejected page-and-a-half preamble, Corbyn argued it shouldn’t be ‘regarded as anti-Semitic to describe Israel, its policies or the circumstances around its foundation as racist because of their discriminatory impact’. In Corbyn’s worldview Israel is, by its very existence, a racist state: it carries an original sin that marks it out as uniquely vile even when compared with the worst atrocities committed by other countries. Sarkar worries that, ‘The adoption of IHRA has never been in isolation – careful study of its application shows that it works alongside external pressure from organisations and individuals aligned with the aims of the Israeli state’. The image of the secretive Jewish cabal, pulling strings and running the world, clearly still looms large in the imagination of Corbyn’s loyal backers.

By adding a free-speech proviso to its acceptance of the IHRA definition, the Labour Party exposes its opposition to anti-Semitism as merely a pragmatic publicity stunt. The sense of Israeli exceptionalism that belies so much of the anti-Semitism we see today remains entirely intact.