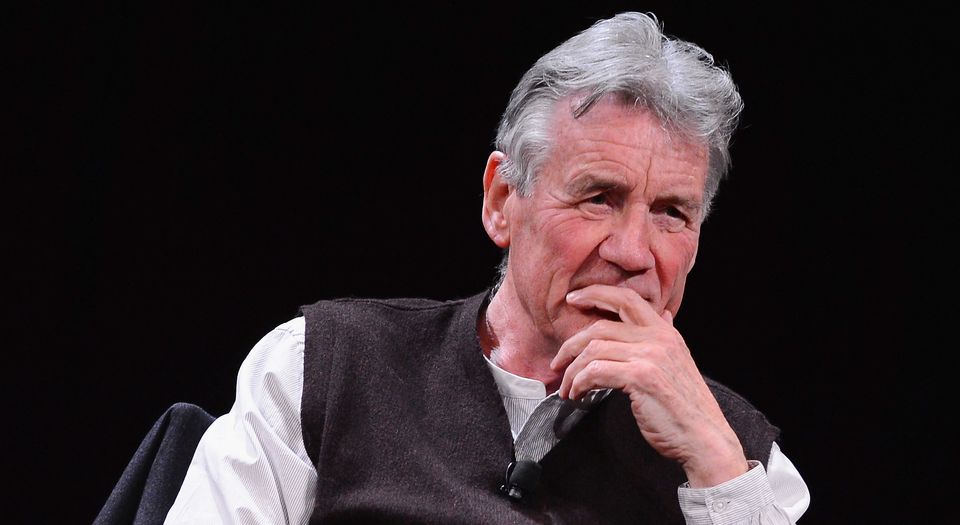 The bean-counting, race-obsessed, anally retentive diversity police have a new and unlikely foe: the nation’s ‘national treasure’, as it is obligatory to call him, Michael Palin. Speaking to the Radio Times this week, the former Monty Python star, 75, hit back at recent comments made by the BBC’s controller of comedy, Shane Allen, who said that if such a comedy troupe were to be assembled today, it wouldn’t consist of ‘six Oxbridge white blokes [but] be a diverse range of people who reflect the modern world’.

Calling Allen’s remarks ‘silly’ – perhaps in honour to The Colonel from Monty Python – Palin asked: ‘What does he mean? If you’ve had a good education and you’re white you’re not able to write comedy?’ He says he believes that jokes should still be judged on whether or not they are funny, rather than by the background of the person who writes them. Palin concludes that making programmes for the BBC these days has become a tedious process, mired in ethnic box-ticking. ‘It has to be checked for political correctness, “compliance”, “diversity”.’

This is strong stuff coming from Palin, not just because it contrasts with his affable public persona, but because he is a classic soft-left thespian, a former SDP voter whose diary entries of the 1980s rail against the ‘selfishness’ of that Thatcherite decade. He’s far from the kind of person to bemoan that something is ‘political correctness gone mad’; indeed, Monty Python’s ‘Colonel’ character was precisely a send-up of crusty, authoritarian reactionaries who would say such a thing.

But Palin has a strong eye for the ridiculous. He made a living out of it, after all. So does his fellow Python, John Cleese, who responded to Allen’s comments by saying that his job title should be changed to head of social engineering.

It was an accident of history and geography and circumstance that all members of Monty Python happened to be white, like most of the cast of Blackadder, The Fast Show, The Day Today, I’m Alan Partridge and – you may have caught the start of the new series on Wednesday – Upstart Crow. These shows were and are funny because their creators and stars put together the best cast for the job. Contrarily, never in all history has a socially aware committee made anything remotely funny.

Complaining that Monty Python were ‘too white’ is like complaining Desmond’s was ‘too black’, Goodness Gracious Me was ‘too Asian’ or Father Ted was ‘too Irish’. Indeed, such superlative comedies from past decades probably would have suffered if more token white, English characters had been shoehorned into them to meet some spurious diversity quota.

Diversity awareness and affirmative action ruins comedy. Witness what has happened to Mock The Week, which was a lot funnier 10 years ago when by accident it featured seven white males. Dara Ó Briain may have recently joked, addressing an Asian and a female at the end of one panel, that the two occupied ‘Token Corner’, but it betrayed a truth: such tokenism has been to the detriment of that programme.

Elsewhere, Top Gear has been greatly diminished since losing its three best presenters, who were white, English males. QI is not quite what it was, now that a gay male has been replaced by a gay female as host. And The Last Leg has never, ever been funny.

The diversity philosophy is silly, just silly, especially in comedy. Even someone as genial and inoffensive as Michael Palin can speak the truth about this.

According to a study by Confused.com, women are better drivers than men, being far less likely to be involved in an accident, make a claim on their insurance, or pick up a conviction for speeding or drink driving. The reason for this, the study claims, is that women take longer to pass their driving test, thus giving them more practice, and men are more likely to drive expensive cars, pushing up their premiums.

Utter nonsense. We all know why women are better drivers than men, and thus deserve to be charged lower car insurance: it is because men and women are inherently different. Men, especially younger men, are greater risk-takers, and thus more likely to be found speeding. Younger men are also mate-seeking peacocks, who consequently drive bigger and more ostentatious cars to prove what worthy providers they could be for females and their mutual offspring. Women, by contrast, are more cautious and sensible.

This kind of explanation by sexual difference is deeply unfashionable today. We are supposed to believe that everything is determined by culture and environment, as if human beings aren’t still governed in part by nature and irrational instinct — namely, the sexual instinct.

It is this refusal to acknowledge that we are of the animal world that leads to the similar mendacious conclusion that women are afraid to appear on University Challenge because the questions are ‘too male’ or because of online trolling. The real reason that more men appear on University Challenge (or even Mock The Week), is that males are more competitive and like showing off their knowledge. Men are also more likely to be on the autism scale and thus be compulsive knowledge-hoarders.

What New Atheists and Remoaners have in common

Richard Dawkins has been in the news, on account of his plans for atheism books for children. No doubt he will resort to his usual tactic of insulting anyone who takes issue with his latest atheist crusade.

This is unwise. Dawkins reminds me of those Remainers who lost the Brexit referendum because they belittled those waverers and undecided. Think of that photograph of Bob Geldof and his rich chums on that boat insulting ordinary fishermen, a photo that to my mind swung the result. The Remainers lost in the end because they slandered their opponents as mentally defective racists.