Rejecting the politics of expertise is different to rejecting experts. 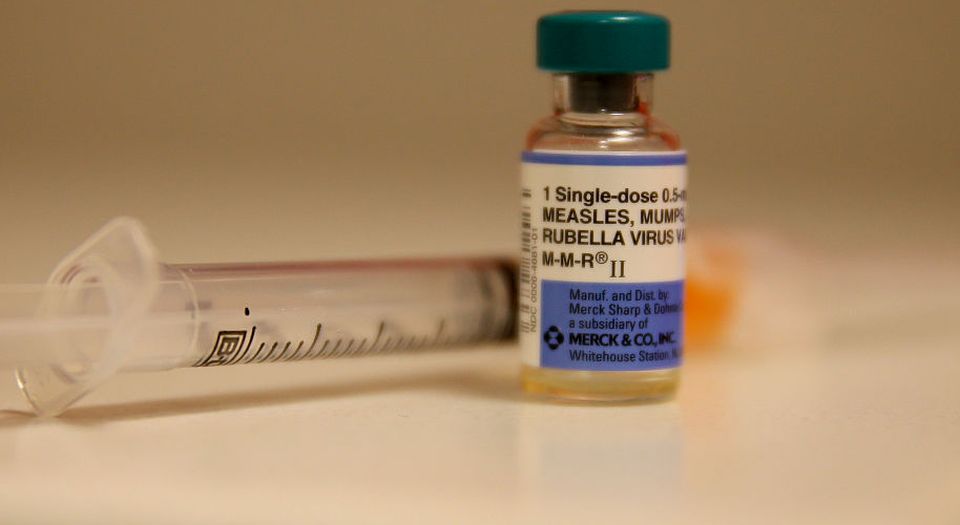 This is the great fallacy of the ruling elite’s response to recent populist revolts – that electorates throughout the Western world are not just rejecting the technocratic, managerial worldview that has prevailed since the end of the Cold War, but are also rejecting the authority of experts, facts and even of truth in general. You can hear this fallacy in the quasi-academic pejoratives routinely chucked the way of Brexit voters or Five Star Movement supporters, be it ‘post-truth’, ‘low-information’ or ’emotionalist’. You can hear it in the smug, sneering retort to Tory minister Michael Gove’s now infamous aside, ‘people in this country have had enough of experts’: ‘Let’s see [Gove] stick to it next time he has a medical emergency. How sick of experts will he be then?’ And you can hear it right now, in the warped response to the marked rise in measles cases across Europe.

The principal cause is obvious enough: a decline in rates of vaccination against measles, mumps and rubella (the MMR jab). The reasons for this decline are less obvious, but chief among them is the largely forgotten civil war in Ukraine, a shattered, divided nation that accounts for over half of the 41,000 cases recorded so far this year. Vaccination rates there have dropped from over 95 per cent in 2008 to less than 31 per cent in 2016. Another contributory factor is the massive increase, since 2015, in migration from poor and often wartorn countries in the Middle East and North Africa, where vaccination programmes are at best desultory. And many migrants from areas in which measles is still endemic often find themselves in European nations with relatively underfinanced healthcare services, hence Serbia and Greece, two nations that have borne the brunt of the migrant crisis, have also recorded over 1,000 cases each.

But such prosaic, dispiriting explanations – war, conflict and mass movements of people – do not pique the imagination of those Western commentators who now peer at the world through a lens fogged by a fear of the demos. They are determined to see something else in the rise of measles cases, particularly in France and Italy, where Front National and the Five Star Movement (M5S) respectively have shaken the political establishments to their foundations. They see a populace no longer respecting the authority of their betters, no longer deferring to experts. They see parents, like voters, thinking they know what’s best for themselves and their families and therefore rejecting medical expertise and refusing to let their children have the MMR vaccination. The fact that the MMR jab is perfectly safe, the truth that it does not cause autism, does not matter in this populist age, they conclude.

What people feel is all that matters, it seems. And if people feel, as indeed M5S founder Beppe Grillo does, that there might still be something in the long-discredited claim of British doctor Andrew Wakefield that the MMR injection may cause autism, then stuff what the medical experts say. That is how the great elite fallacy goes. A populist rejection of the authority of the political establishment has emboldened a parental rejection of the authority of the medical establishment.

Among those clinging to the increasingly ragged coat-tails of the status quo, this certainty that there is a causal link between populism and a rise in measles cases is matched, ironically enough, only by Wakefield’s own certainty that there is a causal link between the MMR jab and autism. Just like Wakefield, they do not seem to understand the difference between correlation and causation. Their assertive syntax brooks no doubt. ‘[The rise in measles cases] is about populism, anti-establishment anger, suspicion of authority, the questioning of science and rejection of the whole idea of the good of the community’, writes the Guardian’s health editor. ‘This is an era’, she continues, ‘in which the individual is king, mistrust of authority is rife and vaccine-preventable diseases may well be making a major comeback’. Or consider this editorial in The Times: ‘One policy serves as metaphor for this rejectionist movement that despises elites and experts: the backing of a debunked health conspiracy theory that endangers all our children.’

But this great elite fallacy is just that: fallacious. What millions of people rejected in recent years was not the authority of experts in general, but the ideology of expertise, of managerialism: a technocratic conception of politics in which governmental decisions and judgements were authorised not by the public, but by experts. This new politics was evident in then UK chancellor Gordon Brown’s decision in 1997 to pass responsibility for monetary policymaking (and, with it, a degree of economic control) from the hands of democratically accountable politicians into the hands of the democratically unaccountable Bank of England. Just as it was evident in the transformation of environmental science into the all-purpose justification for energy policymaking. The effect is the same: citizens are bypassed.

Central to this managerial mode of governing was never really expertise, but the authority of expertise. It allowed political elites to continue to rule in the absence of the historical source of their authority – the support of the electorate. The ‘expert’, then, was being used to answer not a practical problem, but a profoundly political problem: the crisis of legitimacy, brought about by the withdrawal of citizens from the contracting political field, and the resulting retraction of citizens’ traditional medium of democratic participation – the political party – into the machinery of the state itself.

The inevitable problem with this technocratic governance is that it is always in the process of undermining the very authority of expertise on which it rests. This is because the expert – be it the climate scientist, or the economist, or the doctor – is forever being asked to exercise his or her authority beyond the field in which it applies. Namely, in the political or even moral realm. A climate expert can tell us about the complex interaction of sea and air temperatures, but they cannot tell us which energy policies should be pursued. An economist can tell us about falling levels of productivity, but they cannot tell us to stay in the EU. A doctor can tell us that smoking is bad for our lungs, but they cannot tell us how we ought to live.

And this is what people are revolting against. Not the authority of the expert in his or her field of expertise – even Michael Gove would defer to a cardiologist if he was having a heart attack. No, they are revolting against the political exploitation of expert authority in order to short-circuit and decide in advance what ought to be debated and judged by us, the citizenry. This is why there is no necessary link between the populist rejection of the technocratic consensus and a minority in Italy and France refusing to let their children have the MMR injection. Refusing to defer to the medical establishment on the question of the minimum pricing of alcohol is very different to refusing to defer to the medical establishment on the question of immunisation. Doctors have no moral authority in the domain of our consumption choices, but they do have medical authority when it comes to the direct prevention and treatment of illness and disease.