Corbyn and Munich: this really matters

We need to talk about the problem of ‘anti-Zionism’. 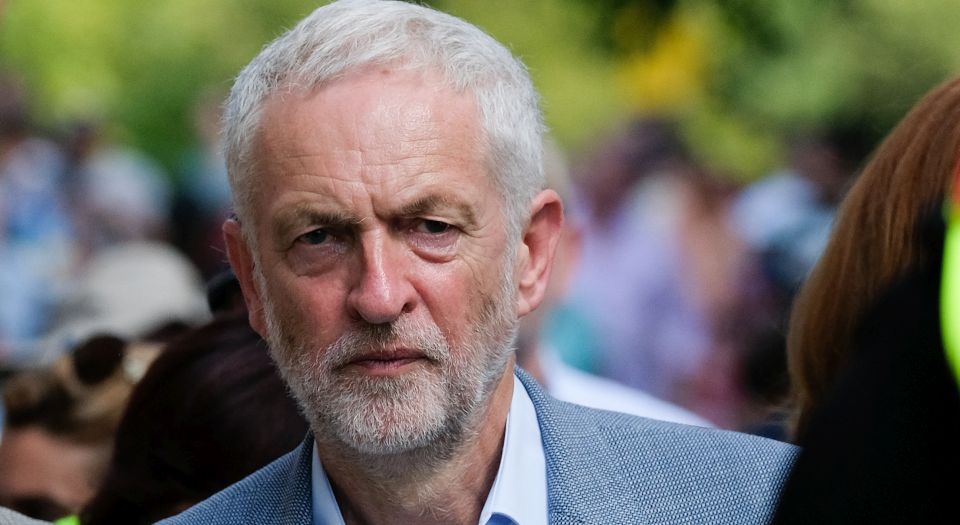 Let me get this right – we are still talking about Boris Johnson’s mild jokes about the burqa when there seems to be proof that Jeremy Corbyn commemorated the men responsible for one of the worst acts of anti-Semitic violence in the postwar period? Corbyn’s wreath-laying at the graves of some of the Black September terrorists who slaughtered 11 Israeli athletes at the Munich Olympics in 1972 dwarfs anything Boris said about Islamic garments. Show me Boris saying a prayer next to the graves of terrorists who kidnapped, tortured and incinerated innocent Muslims and then we can talk moral equivalence.

The Corbyn and Munich story matters. It is serious. And yet too many of his supporters refuse to treat it as such. They have even, in spectacular Orwellian fashion, turned it into proof of Corbyn’s unimpeachable internationalist decency. He was only in that cemetery because he cares so much about Palestinians and global justice, they say. Can they just stop for a minute and think about what Corbyn’s past associations might tell us about the moral disarray of the modern radical left, and about the possibility that anti-Zionism has morphed from a political position into a prejudiced worldview? Everyone benefits from self-reflection. That is what is needed here.

This story revolves around Corbyn’s attendance of a Palestinian memorial event in Tunisia in October 2014. The event seemed to be a commemoration both of the victims of a 1985 Israeli airstrike against Palestinians in Tunis and of various leading Palestinian figures, including men who had been members of Black September. Initially, when photos from this event first emerged after Corbyn was elected leader of the Labour Party in 2015, Corbyn denied that he had laid a wreath for the Black September men. But a very good piece of journalism by the Daily Mail showed, quite convincingly, that Corbyn had looked mournful and commemorative not only at the monument to the victims of the 1985 strike but also at the resting places of Black September members. Yesterday, Corbyn pretty much admitted to this. ‘I was present at that wreath-laying [but] I don’t think was actually involved in it.’

‘Present but not involved’ – this could be the cri de coeur of the modern politician, always keen to evade responsibility for his or her actions. ‘Present but not involved’ deserves to go down with ‘known unknowns’ and ‘misspoke’ as one of the great slippery phrases of our times. So we now know Corbyn was at least ‘present’ for the commemoration of Black September operatives. For men who in 1972 kidnapped 11 members of the Israeli Olympic team, beat and tortured them, and then shot some of them dead before incinerating the others by throwing a hand grenade into the helicopter cockpit in which they were tied up. As I say, this is serious.

Of course, the whole thing is being folded into the interminable commentariat spat over ‘Tory Islamophobia’ and ‘Labour anti-Semitism’. That so much of public life is now refracted through this shouting match, with leftists saying ‘Boris hates Muslims!’ and right-wingers saying ‘Corbyn is an anti-Semite!’, tells us a great deal about the hollowing out of the soul of British politics and the replacement of substance and vision with a constant identitarian bickering. Even those of us who have been raising concerns about left-wing anti-Semitism for years, and who still consider it a very serious problem, might be forgiven for feeling somewhat exhausted by the bending of the entirety of political life to the Islamophobia / anti-Semitism conflict. We no longer have left v right; we have ‘you’re racist’ v ‘no, YOU’RE racist’. Strikingly, this narrow politics of accusation and counter-accusation seems to be making little impact on the public: the latest poll suggests Labour’s support has risen by two percentage points over the past couple of weeks.

And yet Corbyn/Munich still matters, even if we must disentangle it from the identitarian finger-pointing climate. Why? Because it points to a colossal lack of judgement on his part, and more importantly to a colossal lack of judgement likely to have been nurtured by the binary moralism of contemporary anti-Israel hatred. That is, if Corbyn was present at this ceremony for Black September members but not really thinking about it – present but not involved – that actually tells us a great deal about the problem with anti-Zionism today.

It tells us that the motor of this new anti-Zionism is not political thought, far less any kind of reasoned analysis of events; rather, it is the desire of an increasingly disoriented radical left to fashion a simplistic moral terrain in which they might be on the side of Good against an unquestionably Evil foe. Which, of course, is Israel. Always Israel. The foulest state on Earth. The embodiment of human wickedness. The tiny nation that sums up everything that is wrong with the world today. When such infantile moralism is your guide, thoughtlessness and even prejudice are your inevitable next stops.

The Munich massacre was important not only because of its barbarism and the impact it had on the Israeli psyche, but also because it revealed a slow but sure shift in Western left-wing circles away from sympathising with Israel towards viewing it as the key source of global instability and corruption. During the Six Day War of 1967, many Western leftists were more on the side of Israel than the Arab armies lined up against it. This started to change in the 1970s, and particularly in the 1980s, as an increasingly confused left sought a new and uncomplicated outlet for its sense of moral righteousness and increasingly found it in the project of despising and demonising Israel.

So, shortly before the Munich massacre, a radical left-wing German group had started to campaign around the ‘non-justifiability of the State of Israel’. Leftists, they said, must ‘pitilessly combat the combination of Fascism and Israeli Zionism’. Later, the Red Army terrorist group, also known as the Baader-Meinhof Gang, welcomed the massacre of the Israeli athletes on the basis that it was a blow against Israel’s ‘imperialist extermination policy’. In the following years, this view of Zionism as akin to fascism, and of Israel as a peculiarly evil entity, became more and more mainstream on the European left. To such an extent that, now, Labour is led by and cheered by people who cleave to this view, to this view which found early expression in the anti-Semitic German left’s cheering of the massacre in Munich. What was once said by Baader-Meinhof is now said by Corbynista tweeters.

As argued by the late Robert Wistrich, a foremost expert on anti-Semitism, post-Munich and into the 1970s and 80s, ‘Anti-Zionism increasingly began to look like the leftist functional equivalent of what classical anti-Semitism had once represented for the fascist right’. That is, the moral divide between the old racist right and the new, supposedly radical left was really over the question of whether the Jewish people or the Jewish State were responsible for global rot and imperialistic calamity. It was one or the other. It was something Jewish.

And so we come full circle from the Red Army’s foul cheering of the massacre in Munich to Corbyn laying a wreath for those who were involved in the massacre. This is where the left is at now. Mired in an anti-Zionism that feels more prejudiced than political and which, as we have seen in the Corbyn movement, can very easily cross over into full-on anti-Semitism. Forget the media’s point-scoring on the Munich scandal; forget the Tory politicians seeking to make mileage out of it – that will always happen. Regardless of all that, Corbyn supporters should surely use the Munich scandal as an opportunity to ask some serious questions about their movement and about the state of the radical left more broadly. And about the return of the socialism of fools. Because if you are ‘present but not involved’ at a wreath-laying for the murderers of Israeli athletes, then you are very possibly just such a fool.