Remainer elitists are hiding their prejudices behind a veil. 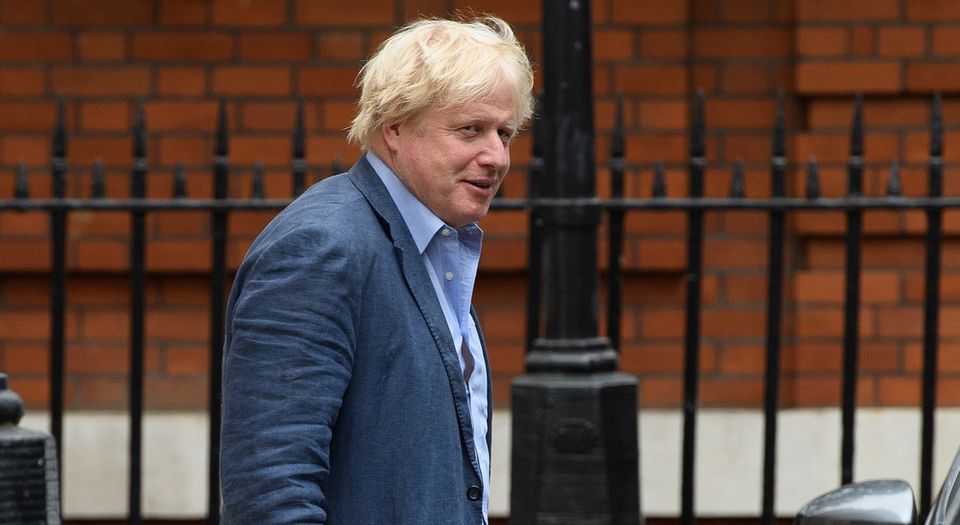 How the hell did Boris Johnson suggesting that Muslim women who wear the burqa ‘look like letterboxes’ become the biggest political scandal of the summer? Only because it is not really about the burqa. Boris’s critics are just using that fringe issue as a veil, behind which they are trying to sabotage the biggest cause in British politics – Brexit.

Put it in perspective. As Fraser Myers argued on spiked, ‘Boris’s burqa-bashing is not “Islamophobic”’; the Tory MP’s Daily Telegraph column can be read as a call for tolerance, upholding the right to criticise the burqa while opposing attempts to ban it.

Yet even if Johnson’s column had simply been a rant against the burqa, so what? Yes, the former foreign secretary used typically undiplomatic language and his jokes are rarely as funny as his hairstyle. But if being told some of them dress like ‘letterboxes’ and ‘bank robbers’ is the worst thing that Asian women in the UK need to worry about, we must be doing all right.

To judge by the escalating political reaction to those few words, however, one might imagine that Johnson had bodily stuffed a burqa-wearer into a postbox or held up Muslim women at gunpoint.

Conservative prime minister Theresa May leads calls for Boris to apologise, while his shriller Tory and Labour critics demand he be suspended (by the thumbs?), sacked or even prosecuted, apparently for writing three ‘wrong’ words. Labour MP Naz Shah wants Boris forcibly packed off for ‘a course of training and engagement with the Islamic community’, which sounds as jolly as a Maoist re-education camp.

Even in an age when free speech appears less fashionable than the niqab, in which saying something somebody finds offensive can be deemed the worst offence of all, this ridiculous overreaction might make it seem that British politics has finally ‘gone postal’.

Yet the madness makes more sense once the burqa row is viewed through the prism of the one political issue that shapes everything else today: Brexit.

Why have politicians who have never shown an interest in Muslim women’s issues suddenly become loud champions of the burqa-wearing minority? Because the issue serves as a veil behind which they can not only bash Boris the Brexiteer, but also pour scorn on millions of Leave voters.

Johnson was the most prominent and popular Tory politician associated with the Vote Leave campaign (albeit as a late recruit to the cause). He finally screwed up the courage to resign as foreign secretary in protest at May’s proposed Chequers sell-out. That makes getting Boris a priority for Remainer elitists on all sides.

No surprise, then, to see the usual EU-serving suspects denouncing Boris’s burqa remarks, from Labour MP David ‘Brexit is madness’ Lammy to former Conservative minister Dominic ‘Brexit will mean state of emergency’ Grieve. When arch-Remainiac Grieve announced amid this week’s furore that he would resign from the party if Boris became leader, did anybody seriously believe he was taking a principled stand over the right of a few Muslim women to wear a full face veil?

And it’s not just Boris they want to bash. The far bigger target is the 17.4million who voted Leave. The backlash over his burqa remarks drips with fear and loathing of the Brexit-backing masses who the Remainer elites view as an ‘Islamophobic’ pogrom waiting to happen.

Like all attacks on freedom of speech, the underlying message is that it is too dangerous to let the impressionable proles hear naughty words. These enlightened elitists basically believe that working-class Brits are wooden-headed bigots who can be ‘inflamed’ into a pitchfork and torch-wielding mob by a word from Boris in the comment pages of the Daily Telegraph.

Take Warsi’s ‘dog-whistle’ allegation. Just as a high-pitched whistle can make trained dogs come running or attack a target, so the claim of ‘dog-whistle politics’ is that a shrill note from an inflammatory demagogue can provoke people to bark or bite as they are told. It is a dog of an argument that suggests the public are a pack of dumb beasts.

Prominent critics lecture Johnson that politicians should not use ‘the language you might hear in the pub’. Leave aside whether these people have ever been in a pub, since they seem to think ‘letterbox!’ is a typical barroom insult. The criticism sums up the us-and-them view of Remainers for whom politics is not something to be discussed with the beer-swilling, Poundshop-going proles.

It follows, of course, that the ignorant, gullible masses, allegedly under the sway of ‘Islamophobia’ (and a phobia is surely a form of mental disorder), should not have been allowed to make a democratic decision on something as important as Brexit.

The big issue here is not what Boris said about burqas, but the need to defend free speech for all and popular democracy against all-comers. Don’t let them pull the hood over our eyes.