A feeling of apartheid in Holland

A South African writer sees too much of his homeland in multicultural Europe. 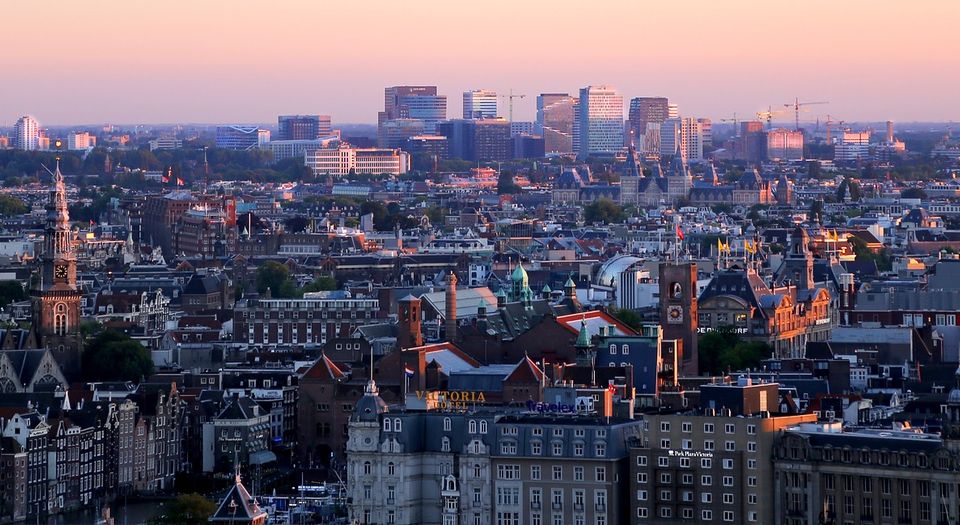 One overcast day in the first week of my move to the majority-immigrant Kolenkitbuurt in Amsterdam, labelled by authorities less than 10 years ago as the most ‘problematic’ neighbourhood in the country, I was smoking on the third-level balcony overlooking my new street. I had thought my neighbours entirely Muslim, predominantly from the Maghreb, based purely on empirical experience. But this day there was a street party going on, in which exclusively native Dutch people were participating, ostensibly to welcome some new arrivals. The Dutch-Moroccans had vanished.

When the revellers retreated rather awkwardly later that evening, it was business as usual, and the Moroccans returned to the corners and the doorways. People calmly went about their business, as if this was a normal state of affairs on any street in the world, where different ethnic groups living on the same street have an unspoken agreement as to the schedule for public space. I lived there for six months and never saw a similar event take place again.

I worked irregular hours so spent many days smoking in the cold, watching the neighbourhood from above. Over time I learned to spot where the native Dutch neighbours were hiding. They stayed inside their apartments, venturing out for the commute to the centre early in the morning and coming back late at night. The groups had different stores for groceries, literally facing one another. There were few bars in the neighbourhood and you simply would not see a Dutch-Moroccan in one. They had shisha lounges, and your chances of finding a native Dutch person in one of these were equally scarce.

Moroccan youths hung around the kebab shop at night, drinking Red Bull or chocolate milk. There were few native Dutch teenagers in this area, but when you did see them smoking weed in the park they were invariably in ethnically homogenous groups. It was not uncommon to hear Arabic spoken in the street. Women walked with scarves on heads, always with groceries in hand, never looking men in the eye, and never, ever mingling with the groups of older men in flowing dress with their unshaven faces, who spent their days lounging on the plain at the market or walking to and from the notorious Al Ummah Mosque down the road to the south.

If you cycled 20 minutes east, towards the centre, the change would come upon you almost unnoticed, and suddenly you were once more among old European churches, tall Dutch women on bikes with blonde hair streaming behind them, and British tourists vomiting in the street and shouting at you from canal boats. That is, until you hit the Eastern part of town, and cycle past De Schreeuw, a testament to the murder of anti-Islam Dutch filmmaker Theo van Gogh in 2004 by a Dutch-Moroccan, and you are again reminded of just how absurd the situation is. (Consider that Pim Fortuyn, another famous and wildly popular anti-Islam figure, had been murdered a mere two years prior to Van Gogh by another extremist.)

I had been living in Amsterdam, fabled in my home country as one of those ‘safe’, ‘working’ first-world European cities, for almost a year, and had yet to shake off the pervasive feeling of racial tension and cultural segregation that I had carried over from South Africa. Cycling through Bos en Lommer en route to De Pijp elicited almost the same creeping confusion and strange guilt as did driving past Khayelitsha to the Cape Town city bowl – not due to the poverty, as in South Africa, but due to the sheer contrast.

There were 2.1million people with a non-Western migration background living in the Netherlands as of 2017 – about 11 per cent of the total population. In relative terms, these numbers are nothing special in our globalised world. It is when you factor in that these groups are clustered together extremely densely that the real picture emerges.

Even as European states clamp down on immigration, face veils and ‘political’ mosques amid a surge in anti-immigrant party popularity stretching back to 2013, the stream of refugees and economic migrants from the Middle East and North Africa continues unabated. But it is vitally important not to conflate these two issues. The migration crisis is merely adding fuel to a fire that has been burning for decades, and has been either ignored or misunderstood by persons outside of Europe, like myself. The ideas that certain political groups outside Europe (and sometimes in Europe) have of the situation is one of active strife. This is not the case – except perhaps in the most extreme situations, such as Molenbeek in Brussels. Rather, the strife manifests as silent resentment backed up by self-imposed borders.

The essence of Apartheid lies in the name – literally Afrikaans for ‘separateness’. It is mutual mistrust and resentment. It is subconscious, atmospheric and pervasive. It attempts to pass itself off as a facsimile of normality. Europeans might not have thought ‘what is apartheid?’ a difficult question. The answer appears to be obvious – when it is international news, when Sharpeville happens, when Nelson Mandela is freed from jail. Apartheid with a capital ‘A’ is an institutionalised policy – a horrific loss of self-determination in the face of a racist bureaucracy. They forget that the institutionalisation of Apartheid was merely the formalisation of a priori entrenched social systems. The laws were symptoms of an already existing idea that said certain cultures are incompatible and cannot, or do not wish to, coexist.

And this is seemingly the underlying current of the parallel society conundrum in Europe, minus the formalisation. I have not hosted a single South African visitor in my time here who has not picked up on the similarities to our racially charged, spectacularly dysfunctional homeland. They are shocked that there are other countries with specific communities for specific cultures. The division of Muslims to the west and east, Africans, Antilleans and Surinamese to the south-east, and European expats in the centre, resembles the grouping of Apartheid-era Cape Town into coloureds to the Cape Flats, blacks to the townships, and whites to the suburbs.

The vision of a globalised society, wherein Moroccans, Persians, Eritreans, Scandinavians and Latin-Americans or what-have-you live in the same street, shop at the same stores, and drink at the same bars, presumably in a land of perpetual sunshine is a fantasy so flawed, so objectively failed, that one would have to spend one’s days in an ivory tower, locked away from reality, in order to believe it.

The harsh reality in Holland now is that people have their own barbers, their own shopping markets, their own foods, their own places to socialise, their own worlds. They are not comfortable living around one another, and where they are forced to do so by the rental market, they are not comfortable sharing the space. This is not an opinion – this is a fact backed by government research. The latest findings by the Dutch government explicitly state that feelings of mistrust and loss of identity rise in parallel with an increase in societal diversity.

The Dutch seem insulated. You can get used to anything if it sticks around long enough. This is also one of the more nefarious effects of segregation: necessarily it is difficult to see and experience the problem if it is in a neighbourhood where you never go. Out of sight, out of mind. Again it harks very much back to South Africa, where the racial tension is so deeply embedded, so much part of the national psyche, that it would be unhealthy and unrealistic to spend your days obsessing over it. And so the poison lingers.

I was on my way home on a bus one night after work when the bus stopped about 20 metres from the halt. In front of us was a sea of Moroccan flags, a green pentagram on a red canvas, waved from cars that had parked across the entire intersection in front of Mercatorplein: Morocco had qualified for the 2018 World Cup. Half an hour later the bus was finally moving again. At the halt three teenage Dutch-Moroccans got on the bus. They moved to the back and lit cigarettes and started shoving and yelling at one another. The few native Dutch on the bus gave reproving stares. Tension built until at the next stop the youths exited, but not before shouting: ‘Kanker Nederlanders! Rot op!’ (‘Cancer Dutch! Fuck off!’) Mercatorplein is infamous.

I wrote earlier that the situation is not one of ‘active strife’ – but it bears mentioning that in the wake of Theo van Gogh’s murder, there were several attacks and counter-attacks on mosques and churches at the end of 2004. Van Gogh wrote shortly before his death that there exists such ‘social turmoil’ in the Netherlands that it is becoming ‘Belfast-like’. To my mind, borne from a segregated society, it appears that the smallest of triggers would be necessary for such a description to be worryingly apt.