Nietzsche and the struggle against nihilism

Even the most courageous minds sometimes seek solace in fantasy. 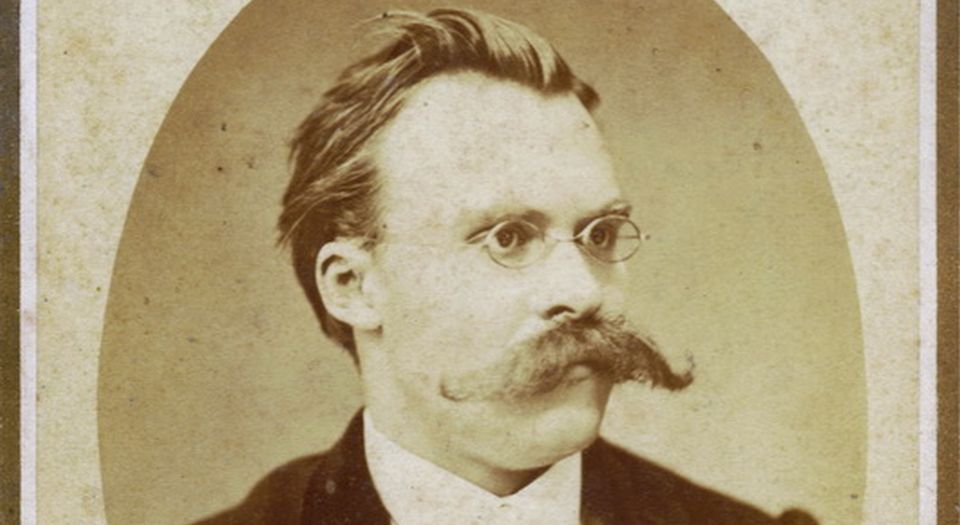 The life and work of the maverick German philosopher Friedrich Nietzsche (1844-1900) is associated with five interlinking ideas: the death of God; nihilism and the crisis in morality; the Superman; the will to power; and the eternal recurrence.

Nietzsche first announced that ‘God is dead’ in his 1883 work The Joyful Science. As with much that he wrote, this phrase of Nietzsche’s has subsequently been often misunderstood. Taken literally, it is obviously a nonsensical declaration, for either a Christian god is real and eternal, or else he never existed in the first place. What Nietzsche meant by the death of God was that European civilisation had lost its faith in Christianity, but was still living by values and a morality system based on it. For this reason he believed European civilisation was facing a crisis resulting from the approaching collapse in its morality system, and the dawn of the age of nihilism – hence the title of his 1886 work, Beyond Good and Evil, which was not the libertine manifesto it sounds like, but a contention that Christian values of good and evil have become redundant.

In this respect, Nietzsche was not a nihilist, another common misconception. He viewed the coming age of nihilism with much trepidation, fearing (rightly) that the result would be great wars in the 20th century. He believed that it was imperative that humanity create a new morality system for the coming post-Christian age. The solution, he believed, was a new individualistic morality system in which the strongest, bravest men would become their own masters and creators, and in turn would become philosopher kings and oligarchs of the spirit. This new man was to be embodied in his infamous, hypothetical Übermensch, or Superman (as Über means above and beyond in German, Nietzsche’s word used to be also translated as the Beyond-Man or Overman, but today is usually not translated at all. The Übermensch goes above and beyond.)

The arch-individual, non-conformist Superman rises above the morality of the herd and harnesses all of his internal energies, all the energy within – his ‘will to power’, which consists of his sexual drive, survival drive, pleasure drive and other non-rational forces – to embrace life fearlessly, and with nobility and courage. The ultimate task of the Übermensch is to face life and live it as if he had lived it an infinite number of times in the past, and will do so an infinite number of times in the future. In so doing he will accept all of life’s horrors and sufferings in a kind of neverending Groundhog Day. Nietzsche ostensibly took this ‘eternal recurrence’ to be literally true, not just a metaphor.

All of these thoughts were developed by Nietzsche in the third stage of his writing. The first stage, from 1872 to 1878, was marked by a preoccupation with the pre-Socratic Ancient Greeks, and how they used art and theatre to make sense of human existence and all its capricious cruelties. The second stage, encompassing the books Human, All Too Human (1878), The Dawn (1881) and The Joyful Science (1883), was marked by experimental and doubtful musings on the notion of truth. While his third and final stage, taking us up to January 1889, when he was struck down by madness, is characterised chiefly by the question of morality, and how his idealised Übermensch would confront and overcome nihilism.

Nietzsche’s Final Teaching, as the title suggests, concerns itself with the philosopher’s third and most influential period. In this collection of essays, some previously published, Michael Allen Gillespie observes that when ‘considering Nietzsche’s late thought, scholars of different persuasions have made one or other of these concepts the centerpiece of their interpretation’, barring, he writes, one very important one. ‘There is a great deal to be said for and learned from these interpretations and, insofar as they draw principally on Nietzsche’s earlier thought, they often construct plausible and in many instances attractive interpretations of Nietzsche’s work. Surprisingly, however, only a small number of interpreters take Nietzsche’s own claims about the importance of the eternal recurrence seriously.’

In making Nietzsche’s eternal recurrence the theme of this book, Gillespie has set himself a huge task. Not only is it one of the philosopher’s weakest and most unconvincing theses, it is the one that sits in opposition to nearly everything else he wrote. For Nietzsche, despite his writing appearing wistful and gothic Romantic, was essentially an empiricist. He had no time for the dualism of Plato and only a fleeting but unconvinced interest in Kantian metaphysical idling about what lay beyond the tangible world. Nietzsche wrote that all there was for sure was the here and now.

This is exactly why he was not a militant atheist in the way we understand the expression today. He felt no need to concern himself with the veracity of Christianity’s claims about the afterlife, something we cannot be sure about. He seldom railed against the theological pretensions of Christianity or the absurdity of religion because to him the only thing that mattered was how religion affected us. He objected to Christianity because he saw it as nihilist and life-negating. It taught people to be meek, humble and to accept their lot. Nietzsche was an empiricist in that he wanted people to fulfil their life in the here and now, something that Christianity was hostile to.

Yet Nietzsche’s eternal recurrence belongs strangely to the realm of metaphysics and dualism. Its fatalism and determinism contradicts Nietzsche’s exhortation for each of us to become our own masters and to become who we truly are. While he did not believe in free will, he did believe that the Übermensch could harness and master the forces of his inner ‘will to power’. Contrarily, the eternal recurrence condemns us to history and supernatural fate. The notion of ‘eternal recurrence’ reeks too much of his youthful dalliance with Schopenhauerian metaphysics.

This is perhaps why Nietzsche rarely mentioned it, and made even less effort to explain it in the books published in his lifetime. It seems too much of a flight of fancy, and the only time he spoke of it in all seriousness is when he recounted one day in August 1881, when walking in the Swiss mountains, when he had a kind of strange, rapturous religious experience – the day when the notion of ‘eternal recurrence’ came to him in the first place.

Most Nietzsche scholars also do not take eternal recurrence seriously, or do not believe Nietzsche did. In his 2003 book, Living With Nietzsche, Robert C Solomon felt confident to dismiss the thesis out of hand as a ‘combination of outdated physics and faulty mathematics’. In her 1996 book, Nietzsche in Turin, Lesley Chamberlain writes: ‘More serious accounts of this vapid concept, even an attempt to found it mathematically, will be found in other books than mine.’

This is not to say eternal recurrence is irrelevant when considering Nietzsche the man. As another Nietzsche scholar, Roy Jackson, has written, eternal recurrence should be treated ‘as a thought experiment, not a provable truth’, and it is better to think of it as Nietzsche exhorting us, or consoling himself, to live life as if we were going to live it again. This is basic, self-help stuff. As Roger Scruton has written: ‘Nietzsche’s exuberant invocation of “eternal recurrence” is not a metaphysical thesis. It is an exhortation to live as if everything eternally recurs.’

Gillespie admits that ‘eternal recurrence’ appears most commonly in Nietzsche’s unpublished notes – notes that he never wanted to put into print himself, and which only appeared in the posthumous book The Will To Power, a notoriously unreliable collection assembled by his racist, nationalistic sister, Elisabeth, in 1901. Even when it does appear in The Will To Power, Nietzsche refers to his idea affectionately and pathetically as ‘my consolation’.

Gillespie concludes that ‘while many of [Nietzsche’s] fundamental concepts may antedate his notion of the eternal recurrence, it forms the bedrock of them all and the basis of his final teaching’. This is wholly untenable. For Nietzsche, eternal recurrence was a substitute, indulgent fantasy – a desperate appeal for immortality or a source of inspiration. In sum, we may treat it as bad metaphysics but good advice.

Still, Nietzsche’s Final Teaching is an erudite work and a worthwhile contribution to the literature on Nietzsche. And despite Gillespie’s claim, the book isn’t mostly concerned with eternal recurrence – only a third of the chapters here are, with another third concerning the Superman. Its copious footnotes reassure the reader that Gillespie is someone who knows what he is talking about, while Gillespie is excellent on clarifying Nietzsche not as a power-worshipping proto-Nazi or a nihilist in the destructive, Russian sense, but someone who believed in ‘transcendental nihilism’ or ‘affirmative ecstatic nihilism’ – or rather, that the death of God and the jettisoning of received beliefs and opinions could be liberating.

Still, for most of us, the opposite is often the case. The collapse of a belief system can be a disturbing affair, and Nietzsche’s tenuous and spurious retreat into ‘eternal recurrence’ demonstrates that even the most intellectually formidable minds sometimes need to take refuge in a metaphysical comfort blanket. Eternal recurrence was just such a temporary mental sanctuary for this maverick free-thinker.

Nietzsche’s Final Teaching, by Michael Allen Gillespie, is published by University of Chicago Press. (Buy this book from Amazon(UK).)