Labour’s turn against the masses

The deselection row shows how distant the party is from working people. 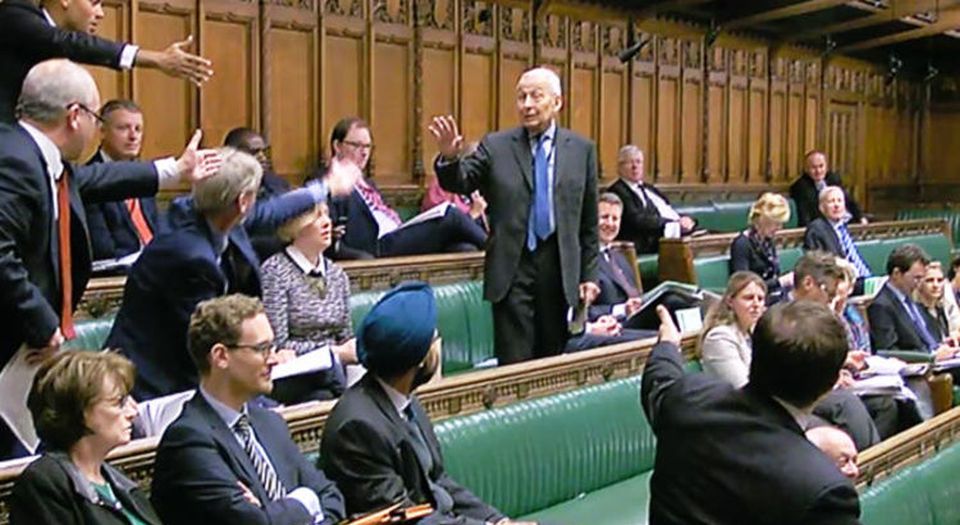 Labour Party activists have passed votes of no confidence in two of Labour’s Brexit-backing MPs, and called for their deselection. Frank Field and Kate Hoey were censured by their local parties for voting with the government against an amendment that would have kept the UK in a customs union with the EU after Brexit. If passed, it would have killed off any prospect of Britain having an independent trade policy after Brexit, and would have kept us under the jurisdiction of the European Court of Justice. Recognising this as a betrayal of the Leave vote, Labour Brexiteers had no other choice but to vote with the government to defeat the amendment. Now, for defending the democratic choice of 17.4million voters, Field and Hoey stand accused of ‘betraying’ the Labour movement and ‘siding with the reactionary Tory establishment’.

This sends a disastrous message to voters and pits Labour against the Leave vote, the largest democratic mandate in British history. Labour’s better-than-expected result at the 2017 General Election depended on retaining Brexit-voting seats. Two thirds of Labour MPs represent Leave-backing constituencies, with some of the largest Leave votes in Labour-held seats. Labour needs to win 64 seats at the next election to form a majority government, 42 of which are dotted around blue-collar, Leave-voting England. To attack the few Labour MPs who are on the side of the Leave majority is an astonishing act of self-harm for a party that claims to represent ordinary people.

While some Blairite MPs have long feared the prospect of deselection campaigns launched by the Corbyn-backing Momentum, the no-confidence motion against Kate Hoey was initiated by members of the Blairite pressure group, Progress. And rather than stand up for Hoey, a defender of Corbyn’s leadership, Momentum sided with its erstwhile rivals against the Brexiteer MP. As Owen Jones revealingly writes in the Guardian: ‘Self-professed Blairites, soft lefties and Corbynites were united in this vote.’ While the Blairite and Corbynite wings of the party claim to agree on very little, they appear to be united in their contempt for the electorate and for democracy.

These activists seem to forget that Labour has a long history of Euroscepticism. Labour’s much-celebrated postwar prime minister, Clement Attlee, and the architect of the NHS, Nye Bevan, were against Britain joining the EU’s predecessor, the European Economic Community (EEC). When the left-winger Michael Foot led Labour into the 1983 General Election, the party’s manifesto pledged to withdraw Britain from the EEC. Tony Benn – Corbyn’s hero – opposed the anti-democratic tendencies of the EU all his life. Would Benn, Foot and Bevan face a similar fate to Hoey and Field in Labour today?

Momentum leader Laura Parker says there is ‘no room’ in Corbyn’s Labour for the likes of Hoey and Field. And yet Jeremy Corbyn and shadow chancellor John McDonnell were lifelong Eurosceptics, before they bottled it at the EU referendum and backed Remain. They both voted in favour of leaving the EEC in the 1975 referendum. They both voted against the Maastricht Treaty, which established the EU. And they both voted against the Lisbon Treaty, which formed the EU’s current constitutional basis. As Frank Field said of his 39 years of voting against the EU, ‘For most, if not all, of those votes I did so alongside Jeremy Corbyn and John McDonnell’.

What’s more, in trying to stay close to the EU, Corbynistas are jeopardising their own supposedly radical programme. The EU is a pro-market, anti-worker club. Continued alignment with it destroys any prospect of a future Corbyn government implementing its statist policies. A senior EU official involved in the Brexit negotiations told The Times that Corbyn’s state-aid plans would lend Britain ‘a competitive advantage’ over its EU counterparts, while his plans for public ownership ‘could damage European companies involved in privatised public services or utilities’. Which is why such policies are restricted under EU law. These self-styled ‘socialists’ would rather destroy their own programme than leave the EU in line with the expressed wishes of the majority.

The deselection row speaks to a profound confusion in the Labour Party. In their blind devotion to the anti-democratic, anti-worker EU, party activists are prepared to sell out Labour’s voters, history and programme. These no-confidence motions are starting to look like suicide notes. Labour might be enjoying a lead in the polls – even if it is largely down to Tory voters, angered by May’s Soft Brexit proposals, breaking for UKIP. But if it continues down this path, Labour will further alienate the very people it claims to represent.