We need to talk about the Q 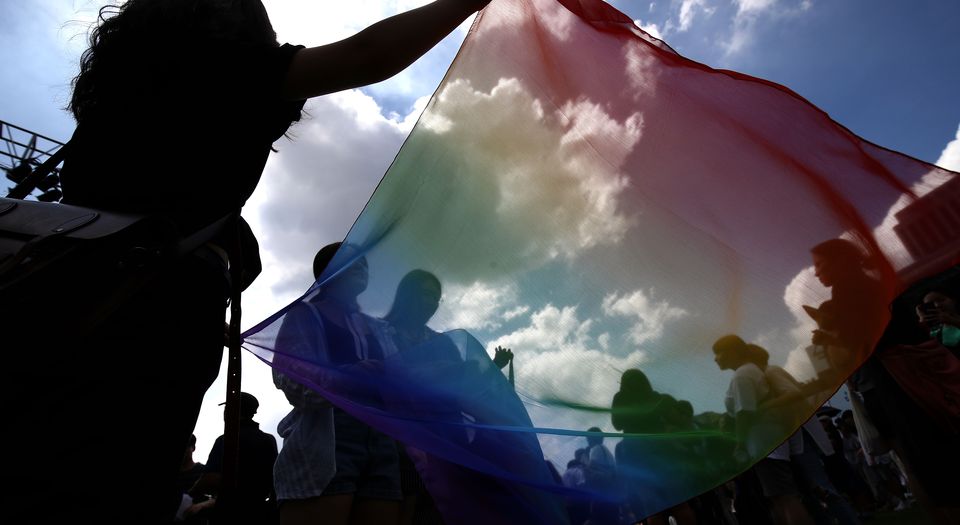 From attacks on Pride for its lack of ‘inclusivity’ to the silencing of lesbians for their supposed transphobia, what used to be known as the LGBT movement is increasingly under siege from a fifth column of hardcore identitarians and their illiberal ideologies.

Like so many other regressive throwbacks, the proponents of this censorious ideology (which rallies against LGBT people who still focus on equality and acceptance) has its roots in the modern left. Calling itself the queer movement – and presumptuously adding itself to the restyled LGBTQ acronym – this hostile takeover has set about reshaping LGBT politics in line with its own achingly woke demands.

For unlike the preceding letters in LGBTQ, queer isn’t a sexuality: it’s an ideology – and one which seems suspiciously similar to the regressive left. These are the people who rally against Pride marches and gay clubs for being ‘too white’, ‘too neurotypical’, and even – whisper it – ‘too Tory’. They are the noisy minority who, while professing to support gay and lesbian people, seek to cannibalise the movement in support of their own, more fashionable causes (the boycott of the Jewish State, for example).

It was so-called queer activists in Ohio who disrupted a Pride march in order to stop gay police officers from participating (something they claim made the event unsafe for sex workers and African-Americans). Of course, no one would pretend there aren’t issues with American policing, but surely the fact that law-enforcement officers are happy to march arm-in-arm with gays and lesbians is a huge step forward in anyone’s book? If these people want to pretend otherwise, they should visit Turkey or Ukraine, where state-sanctioned thugs still bash Pride marchers with near impunity.

And while many LGBT folks happily stand in solidarity with other marginalised groups and take up particular causes, what gives the queer saviours the right to force them? Shouldn’t gays and lesbians have the same right to be ignorant of current affairs (or, God forbid, to hold non-woke opinions) as straight people do? They might be less informed citizens for it, but that’s equality for you: the so-called left shouldn’t hold their freedoms hostage for the sake of ideological purity.

But here’s the real kicker about the self-proclaimed queer movement: most of them aren’t even gay, bisexual or transgender – they’re just bog-standard heterosexuals.

Decoding this baffling situation requires a quick inspection of the queer ideology. Rising from the fringes of obscure Seventies academia, the label refers to those who seek a deliberately more ambiguous alternative to the LGBT umbrella. Its central tenet is that gender is, in fact, entirely artificial, and that concepts such as male and female are just harmful illusions (a belief which renders labels like gay and lesbian, or even transgender, entirely meaningless).

To any right-minded person, this is, of course, completely ludicrous. For censorious leftists with outdated politics and boring sex lives, however, it’s their ticket to freedom.

For if gender ceases to exist, it suddenly becomes pointless to worry about silly things like which sex you prefer. Instead, we can all be ‘queer’, happily seducing whichever gender-ambiguous being happens to take our fancy (even if they all look suspiciously ladylike and only ditched their ‘cis’ name when they enrolled at Goldsmiths University).

To make things worse, the proponents of this loopy thinking have a nasty habit of bullying anyone who doesn’t see the world the same way. Hence why lesbians are castigated for ‘upholding the oppressive gender binary’ when they selfishly refuse to sleep with newly rebranded non-binary folks with chest hair and male genitalia (albeit combined with purple hair and edgy tattoos).

This is why the queer phenomenon is so dangerous: unlike previous extensions to the LGBT rainbow, this isn’t about freedoms for different sexualities – it is about ideological purity. The elevation of this perverse thinking allows identitarians to appropriate the struggle of real minorities and, from there, to police the thinking of genuine LGBT communities.

For the sake of anyone who believes that gay, lesbian, bisexual and transgender people deserve freedom and respect, irrespective of their political beliefs, we should denounce queer for what it is: an illiberal and unhelpful ideology. It’s time to drop the Q – let’s get back to LGBT.