Has the Supreme Court become too powerful?

It is supposed to protect minority rights, not impose the will of a minority. 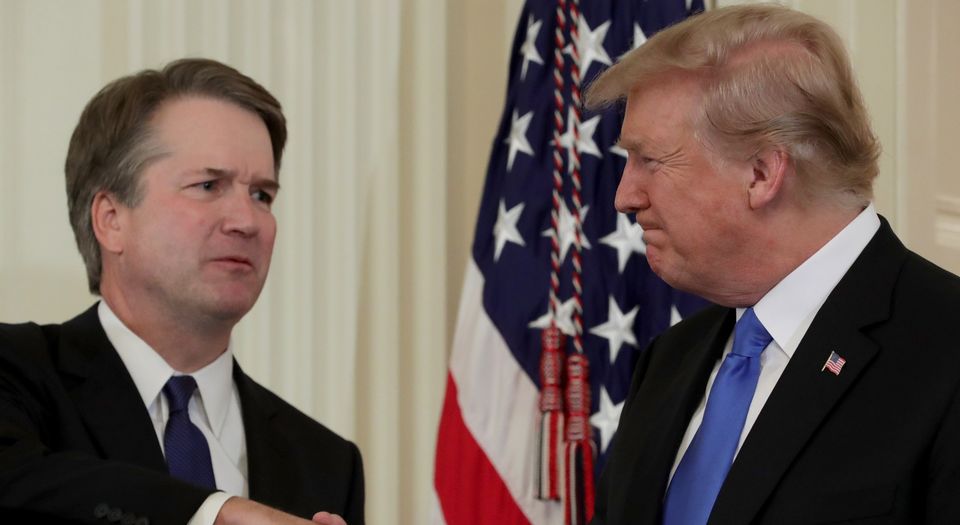 Federal judge Brett Kavanaugh’s ascension to the Supreme Court is practically guaranteed. Democrats have no power to stop it. As a likely fifth vote to cement a right-wing Republican majority on the court, Kavanaugh is expected to ensure the elimination or fatal erosion of abortion rights, as well as a broad range of government health, welfare and safety regulations, regardless of their popular support.

Does the Supreme Court have too much power? Is this group of nine unelected, final-say lawmakers anti-democratic? How people answer that question generally depends on which side they’re on. They’ll likely answer no when they do share the court’s ideological inclinations and yes when they don’t.

Stepping back from your own political preferences, let’s consider the intended role of the judiciary in curbing the excesses of majority rule.

If you believe that fundamental rights require protection from majority sentiment, then courts perform essential democratic functions. Ideally, they check the excesses of collectivism, in the interests of individual autonomy. The US offers relatively robust protection to unpopular, allegedly hateful speech, for example, because federal courts enforce guarantees of free speech enshrined in the First Amendment.

Indeed, the Bill of Rights was designed, in no small part, to restrain the communal power of the majority, as well as the power of elected officials:

Twentieth-century federal courts often played the role Madison intended for them, curbing the excesses of majority rule, ensuring First Amendment and Fourth Amendment freedoms, among others. Whether or not you include reproductive freedom or the individual right to possess and display firearms in this list depends on whether or not you believe the Constitution ensures a right to privacy and how you interpret the oddly drafted Second Amendment.

The Supreme Court doesn’t simply enforce clearly enunciated constitutional rights. It interprets, defines, and arguably creates them, raising questions about whether it is protecting fundamental minority rights or promoting minority power. Gun control or gun-safety measures, for example, are supported by majorities of Americans, whose preferences don’t matter much if the court decides they conflict with the Constitution. Majorities support abortion rights, with some exceptions, and oppose overturning Roe v Wade, but their views won’t matter either if the court decides to eviscerate, if not formally reverse, the Roe decision.

Minority power is becoming less an exception than a rule in the US today (as I’ve previously explained). The president reigns despite having received a minority of votes. Republicans hold the Senate (and the power to confirm judicial appointments) despite receiving only a minority of votes cast in Senate races. Republicans rule the House having won more seats than their share of votes nationwide. The Electoral College, the equal allotment of two senators to all states regardless of their populations, partisan gerrymandering, and voter-suppression efforts may ensure minority government for years.

This greatly complicates efforts to decide controversial rights by popular referendum, since popular sentiment and popular votes are of decreasing relevance: in other words, popular sentiment is not necessarily reflected in voting outcomes. The Supreme Court’s role in protecting minority rights is also complicated – or called into question – when a president and Senate representing a minority of voters appoint a majority of the court. Politically, we’ve stepped through the looking glass. Who will protect us from the tyranny of the minority?