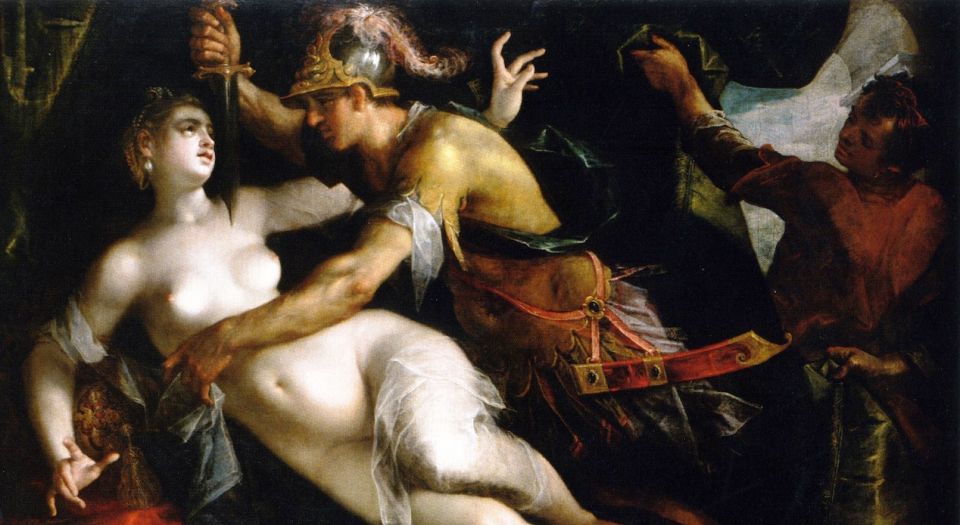 Why feminists need to listen to Germaine Greer.

Germaine Greer is having a hard time. For years, she has been a heroine for many women, and has cultivated herself as the living embodiment of second-wave feminism. Unafraid of her sex appeal, and yet withering in her comments about men, Greer’s no-nonsense approach to women’s liberation epitomised, for many, what feminism should be about. Life magazine called her ‘the saucy feminist that even men like’; and Camille Paglia called her a ‘feminist colossus’.

The Female Eunuch, Greer’s most famous work, reads almost comically today – it is full of references to pork swords, the celebration of women’s creative ‘juices’ and features roughly over 100 different ways of referring to men disparagingly. But, in 1970, when it was published, it was considered by many a very real and revolutionary challenge to the oppression of women. Central to Greer’s argument was the idea that women had not been allowed to fulfil their potential, and that, because of the way society was run, they were encouraged to accept their subordination. We might chuckle at old footage of feminists of Greer’s generation protesting and holding up signs with slogans like ‘An end to enforced slavery – no marriage’, but, in the 1970s, this was a very real challenge to the status quo. In a famous public discussion chaired by an aggressively interventionist Normal Mailer in 1971, Greer gave an inspiring performance, showing how confident and intelligent women could be, and, if given the opportunity, that they could surpass men. She wiped the floor with Mailer, and every other man in the room for that matter.

But today’s feminists are rather less impressed by the big-brained, loud-mouthed Aussie, and they particularly dislike Greer’s zero-tolerance approach to transgender politics. So in 2015, activists nearly stopped her from speaking at Cardiff University because of her ‘transphobic’ views, and she is now often labelled a Trans-Exclusionary Radical Feminist (TERF) for saying ‘I don’t believe a woman is a man without a cock’. Not that Greer has been chastened by the criticism. When BBC Newsnight presenter Kirsty Wark told Greer that some people found her views on transgender women insulting, she responded: ‘People get hurt all the time – try being an old woman. I’m not about to walk on eggshells.’

But it is not her alleged transphobia that has been driving nails into the coffin of Greer’s popularity of late. No, what seems to have really turned people against her are her views on rape.

Things came to a head at this year’s Hay Festival in Wales. There, Greer gave a lecture to publicise her upcoming book, On Rape. It was peppered with controversial statements. She said rape was not ‘a spectacularly violent crime’ – rather, it is ‘lazy, careless and insensitive’. ‘Every time a man rolls over on his exhausted wife and insists on enjoying his conjugal rights, he is raping her. It will never end up in a court of law’, she continued. This would normally be enough to cause a stir. But perhaps her most potent provocation came when she discussed how rape should be punished. She said we should ‘think about [rape] as non-consensual – that is, bad sex’, and that therefore legal punishment for rape should be less severe than it currently is. She even half-joked that community service would be punishment enough for rapists. Or, failing that, perhaps they could have the letter ‘R’ tattooed on to their bodies instead of jail time.

Within an hour of her speech, the hot takes came pouring in. The fact that, as Greer reiterated throughout the lecture, she herself had been violently raped during her teens, did not soften the opprobrium. ‘Greer’s comments are dangerous and damaging’, said Laura Bates, founder of the Everyday Sexism website. ‘Ms Greer spits toxic, nonsensical bile’, said actress Lysette Anthony (who also alleges that Harvey Weinstein raped her). ‘I call for Germaine Greer to stop calling herself a feminist. Because she very clearly isn’t’, tweeted one academic. ‘I loved Germaine Greer growing up – obviously she’s problematic now’, said Caitlin Moran.

But why Greer is now suddenly problematic to so many feminists is not at all obvious. In fact, the upsurge of ire towards her raises the question of whether any of Greer’s contemporary opponents have understood anything she has been saying for the past 40 years. In an article for the Independent in 2006, for example, Greer wrote: ‘Every day, men rape women who are in bed beside them, with complete impunity, because the withholding of consent cannot be proved. Rape is not an extraordinary crime committed by a few contemptible individuals; it is part of everyday life for huge numbers of women.’ She asked whether ‘allowing a man to put his penis into your body’ was worse than having your ‘nose cut off’, before concluding that the latter is far worse. And she argued that we should ‘abolish the crime of rape altogether’ and reframe the law around sexual assault. In fact, so close is Greer’s position today to the one she held over a decade ago, one could uncharitably suggest that Greer effectively delivered her 2006 article at the Hay Festival. Even her ‘community service’ suggestion appeared in the piece.

Moreover, Greer’s contention that rape is an extension of men’s hatred for women (and thus as casual and ubiquitous as ‘bad sex’) appears first in The Female Eunuch in 1970. It is a ‘vain delusion’, she wrote, ‘that rape is the expression of uncontrollable desire or some kind of compulsive response to overwhelming attraction’. ‘Men do not themselves know the depth of their hatred’, she continued. Rape laws, in her view, do not protect women. Rather, they further the oppression of women, because they conceive of a woman as little more than a man’s property, which has been violated. The act of rape is therefore bound up with hatred of women, and of oneself. Or as Greer put it, ‘The act is one of murderous aggression, spawned in self-loathing and enacted upon the hated other’ (1). This murderous aggression is so widespread, and so ever-present, Greer argued, that it can be as banal as a husband rolling over on to his tired wife.

Now aged 79, her performance at the Hay Festival was perhaps understandably not quite up to the standard she showed when she defeated Mailer in 1971. But it is strange that feminists seem to have suddenly found themselves horrified by arguments Greer has been making for years. And this from supporters of #MeToo, a movement arguably inspired by Greer. After all, her suggestion that all bad sex is rape chimes with the view prevalent today that rape is omnipresent.

Like today’s feminists, Greer is wrong about rape in many ways. It is not to be confused with bad sex, and it is not an expression of a patriarchal hatred for women. Rather, it is a crime against agency, a removal of someone’s freedom. And, most importantly, it is getting rarer the more free and socially emancipated women become.

Yet, putting aside Greer’s increasingly bizarre suggestions for rape-law reform, and the over-the-top rhetoric so typical of 1970s feminism, her central point about how women should deal with rape is worth remembering. And, arguably, it is this point that upsets contemporary feminists the most. She argues, in short, that being raped is not necessarily the end of a woman’s life. ‘If we adopt a female-centred view of the offence’, she wrote in a 1985 article, ‘can we really argue that a raped woman is ruined or undone? She may be outraged and humiliated, but she cannot be damaged in any essential way by the simple fact of the presence of an unwelcome penis in her vagina.’ The article was called ‘The refusal to be bowed by brutality’, and it caused huge controversy. The reaction even provoked Greer herself to talk in detail about her own experience of rape, something she had not done in detail in public before.

Greer’s crucial contention is that the rape of a woman need not define her. To be traumatised is not inevitable; it is, in a very real sense, a choice. It is an argument in direct opposition to the predominant narrative around rape and sexual abuse today. This treats women like characters out of the The Scarlet Letter, forever wearing the identity of a rape victim, forever destined to introduce themselves at public meetings not as Jane but as ‘Jane, a survivor of sexual violence’. For Greer, this is the greatest injustice of all – that a woman’s life be defined by the actions of a man. This is why she argues that she would rather be raped than violently beaten. This is why she scoffs, as she did at the Hay Festival, at the idea that women suffer PTSD after rape. This is why she refuses to allow her own life to be shaped by an act of violence all those years ago. Because to do otherwise would be to deny women that which men would all too willingly take away from them – namely, their agency.

To think that this makes Greer – a woman who has worked for years with women who have been raped – an apologist for rape, as some have claimed, is to miss precisely what makes her work so important. In a 1972 piece for The Sunday Times about the rape of Bangladeshi women in refugee camps, Greer argued that ‘rape is the one crime which throws more shame on the victim than on the perpetrator’ (2). Though she was writing about communities in which women were still blamed for rape, there is a kernel of universality to her argument. That is, we should always resist the temptation to encourage raped woman to be defined forever by that experience, to forever be known as a victim.

Whatever your opinion of Greer, one thing is for sure: she is a champion of women. Yes, her second-wave feminist bible, The Female Eunuch, nurtured the idea that the personal is political. And yes, even if they do not know it, today’s feminists are the offspring of the self-obsessed identity politics for which Greer’s generation laid the ground. But in her radical demand that women can be agents of their own identity and destiny, she remains as much a maverick today as she was in the 1970s. And it is a maverick spirit that is much needed. While today’s feminists busily encourage women to fear rapacious men, Greer urges us to stand up for ourselves, and against injustice. It is an old-school, bad-ass demand for women’s empowerment. If today’s panicked bunch of Twitter feminists really believe in women’s freedom, they would do well to pay heed to Greer’s arguments, rather than dismiss and denigrate her.