The Supreme Court v the court of public opinion

The departure of Kennedy reminds us of a tension at the heart of US democracy. 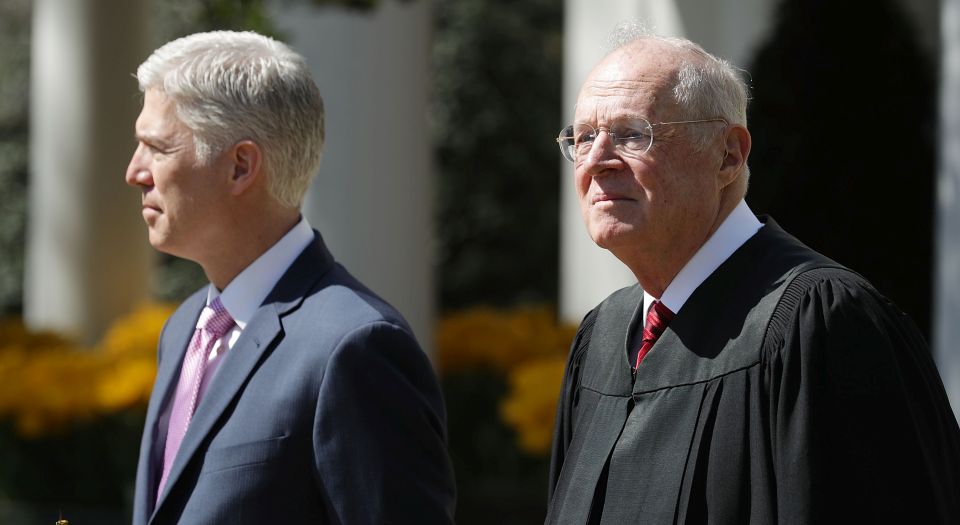 Justice Anthony Kennedy announced his retirement last week from the United States Supreme Court. Kennedy is stepping down after 30 years on the bench, and was one of the key swing votes in a number of important decisions. The announcement means that Donald Trump now has the opportunity to appoint his second justice to the court, following his appointment of Neil Gorsuch in April last year.

Kennedy was considered a moderate conservative. He helped to develop liberal jurisprudence on the death penalty and was one of the first Supreme Court justices to raise serious concerns about the use of solitary confinement with death-row inmates. He delivered the court’s opinion in the Obergefell case, which provided a constitutional right to same-sex marriage. While some comment pieces have pointed out that Kennedy was consistently ‘pro-business’, tending to rule in favour of large corporations over and above individual rights, most still concede that he was a balancing force between the two political wings of the court.

His departure has therefore sparked fear that Trump will appoint a staunch conservative to the court, and that this will, in turn, lead to important decisions being overturned. Most prominent in people’s minds is the decision in Roe v Wade, which ruled that state laws against abortion violated a constitutional right to privacy. Kennedy was a consistent advocate, through his judgements, of reproductive choice for women.

It is frightening that the US may be facing a politically conservative court for the next three decades. This could threaten important rights. But it is also tragic that American democracy is so beholden to its judiciary. I am no expert in American constitutional law. But it seems concerning that fundamental rights can be so fundamentally threatened by a judicial appointment. Can anyone, on either side of the political divide, really say that it is a good thing that the appointment of a judge to a court can so radically change the legal landscape?

This reveals an important weakness at the heart of the American system of government: the idea that the judiciary and the Constitution should, in some circumstances, hold primacy over the views of the majority. The US constitutional system allows the Supreme Court to shape the parameters of American freedom, over and above the heads of the population.

There are few historical documents that have had as great an impact on the historic fight for human freedom than the US Constitution. But if a right is important enough, then people have to fight to defend it – they have to win over the public to their cause. Relying on judges to defend our freedoms means those freedoms are constantly under threat. Democratic support is a much stronger protection than the judgements of an ever-shifting bench.

The US is one of the most mature democracies in the world. But it has still not resolved the tension between the power of its Supreme Court and the will of its people. The role of the judiciary in shaping legislation means that certain important rights, like the right to an abortion, sometimes only exist so long as there is a decision of the Supreme Court there to protect them. It is only in the democratic sphere, where the opinions of the majority hold sway, that legal and political rights can truly be protected.