The crusade against Vote Leave

This isn't about dark money and dirty tricks. It is about crushing Brexit. 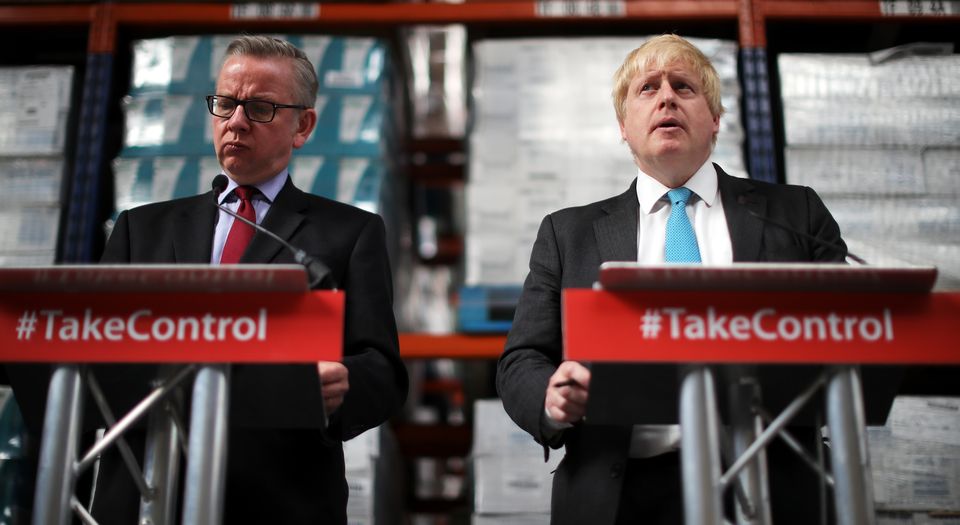 We at spiked were passionate supporters of Brexit at the referendum. We still are. But we were far from passionate supporters of Vote Leave, the official Brexit campaign. I tend to think that was true for much of the 52 per cent. An Electoral Reform Society report into the referendum found that both of the main campaigns were as distrusted as each other, and people were far more likely to go to friends and family for their information.

The Tory-led Leave campaign did tap into the public’s rage with an establishment embodied by the unaccountable EU and those British MPs who cling to it. But Vote Leave was also very much of the establishment it was railing against – which is part of the reason why some of its former leaders, like Boris Johnson and Michael Gove, have gone from being the supposed leaders of the Brexit revolt to the apologists for the Tories’ slow-motion betrayal of it.

That said, it has been clear from 24 June onwards that the constant posthumous attacks on Vote Leave – the rage against that dodgy NHS pledge, the Cambridge Analytica conspiracism, even the allegations that it broke electoral law – have never been based on a sober assessment of its alleged practices. Rather, they’ve been motivated by a barely veiled desire to stop Brexit. And defending Vote Leave, or at least taking the air out of some of Rearguard Remain’s more ludicrous allegations, has become the duty of any democrat.

Today’s big story is a case in point. It has been revealed that the Electoral Commission is set to conclude that Vote Leave broke the law by exceeding spending limits, filing inaccurate expenditure forms and coordinating with another campaign. The Electoral Commission had previously exonerated Vote Leave, but decided to reopen the case after the Good Law Project, run by Remoaner QC Jolyon Maugham, threatened legal action. This morning Maugham made his intentions quite clear on Twitter: ‘Now heading in to Radio 4 to explain why the story is “There is no democratic mandate for this enormous act of self harm” not “Cheater is unhappy that it’s been caught cheating”.’

(He also suggested that the BBC was purposefully burying this story by running it the day after the England-Colombia match. Presumably because of its infamous pro-Brexit bias.)

If Vote Leave broke the law it should of course be held to account for it. But none of the forensic official scrutiny applied to the Leave campaign has been applied to the Remain campaign. Vote Leave stands accused of funnelling £625,000 into BeLeave, a youth Brexit campaign, in the weeks before the referendum, and, more crucially, coordinating with it as to how that money would be spent. But as has been pointed out, the Remain campaign set up five new campaigns and funnelled one million pounds into them in the weeks before the referendum. And Remain strategist and Cameroon aide Craig Oliver let slip about daily coordination calls with other campaigns in his book Unleashing Demons.

Whether or not legal lines were crossed is one thing. But it is obvious to anyone that the crusade against Vote Leave is not driven by a sincere concern about the effect of big money on politics. How could it be? According to Electoral Commission figures, Remain outspent Leave by £5.5million. In the early stages of the referendum campaign, Stronger In also had the Whitehall machine at its disposal, and used £9million of taxpayers’ money to send a pro-Remain leaflet to every home in Britain. Those claiming that Vote Leave’s alleged overspending delegitimises the result are undermining their own case.

The worst part is, they know all this. Despite all the talk of dark money and dirty tricks warping our democratic process, they know that Brexit is the democratic will of the British people. They know that anger with the establishment, concern about immigration and Euroscepticism have been bubbling away for decades. They know that Vote Leave, with all the money in the world, couldn’t magic up the profound desire for change that the referendum brought to the surface. You’d have to be pretty ill-informed not to. They just don’t care, and would rather destroy voters’ faith in democracy than allow Brexit to be implemented.

This isn’t about bringing Vote Leave to heel, it is about bringing those who voted Leave to heel. And this attempt to delegitimise the Brexit vote, and in the process undermine democracy itself, is a far bigger scandal than any alleged fiddling with either campaign’s expenses.