Call off the crusade against the Southern Poverty Law Center

The ‘Intellectual Dark Web’ has failed its first moral test. 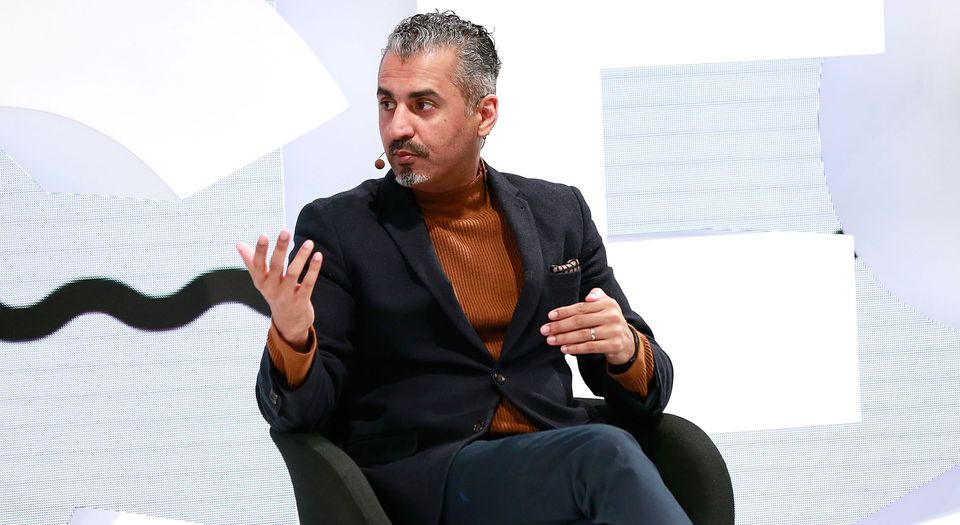 One of the most grating tactics of the new authoritarians, of the politically correct lobby that hounds anyone who has the temerity to disagree with it, is the branding of its opponents as ‘extremists’. Even as ‘fascists’. Or sometimes just as ‘phobes’: Islamophobe (if you criticise Islam); homophobe (if you’re unsure about gay marriage); ‘transphobe’ (if you don’t believe a man can become a woman). Anyone who has had a run-in with these people will be aware of their defamatory tactics, where the aim is to avoid engaging with the substance of your arguments by instead depicting you effectively as a sinner, someone who has left the realm of reason for the realm of prejudice and therefore should not be debated. When I spoke at Oxford University recently, these people were out in force, their placards calling me racist, homophobic, ableist, etc.

It is puerile and unpleasant. And it often makes no sense. Even people who adhere wholly to the Martin Luther King view that character counts for more than colour can be branded ‘racist’ if they fail, or refuse, to speak in the eccentric new language of the PC set, in which every innocent question is a ‘microaggression’, every white person has ‘white privilege’, and everything from questioning mass immigration to opposing the EU is a species of ‘fascism’. It can harm your reputation, too. Some people really will believe you’re an extremist just because these perma-outraged practitioners of moral demonisation say you are. But should we sue the people who say this about us? Should we legally punish them for their hyperbole? I say no. Others, worryingly, say yes. It is a grave mistake.

In recent months, numerous critics of political correctness and regressive leftism have launched a legal crusade against the Southern Poverty Law Center (SPLC). The SPLC is an increasingly malevolent organisation. It started life in the early 1970s as a quite serious civil-rights organisation, winning compensation for black people who had been victims of the KKK and other forms of racial violence. But in recent years it has become a tool of PC intolerance, as best demonstrated by its ever-expanding definition of ‘hate group’. It treats as ‘hateful’ virtually anyone who raises questions about what passes for left-wing thinking these days. It has branded Ayaan Hirsi Ali an extremist, even though she is a victim of extremism. It has called Maajid Nawaz, the British former Islamic extremist turned stinging critic of radical Islam and other backward trends, an ‘anti-Muslim extremist’. And so on.

That last one was a mistake, because Nawaz launched a defamation lawsuit against the SPLC. And in June, the suit threat proved successful: the SPLC apologised unreservedly to Nawaz and handed over a staggering $3.375million. The money will be used to ‘fund work… fighting anti-Muslim bigotry’. The sorry affair started back in October 2016 when typically – but no less outrageously for that – the SPLC included Nawaz in its ‘Field Guide to Anti-Muslim Extremists’. Its reasoning for including Nawaz was telling. It was, among other things, his publication of a Muhammad cartoon and his suggestion that the Islamic veil should be banned in certain places which earned him the brand of ‘anti-Muslim extremist’. This is the problem of PC in a nutshell: disagree with these new cliques on any matter and they will add you to what are essentially public-shaming lists.

The SPLC was wrong to call Nawaz an anti-Muslim extremist. He is neither of those things: he isn’t anti-Muslim and he isn’t extreme. He is, in fact, an articulate critic of radical Islam and defender of what some of us consider to be important Enlightenment values: secularism, freedom of speech, and the right to apostasy. But here’s the thing: Nawaz was also wrong to launch a defamation suit against the SPLC. It has set a dangerous precedent. In has acted as a green light to others who want to punish the SPLC for its hyperbolic excess. There is now a ‘lawsuit landslide’ against the SPLC. Around 60 Christian, conservative and other groups who have been branded ‘hate groups’ by the SPLC have felt inspired by Nawaz’s victory to pursue a crusade against the SPLC. Some people are excited about this development. Supporters of the ‘Intellectual Dark Web’ – the online movement against PC and SJWs – are cheering the mass action.

What is going on here? I thought the core belief of the Intellectual Dark Web (IDW), the thing that separated it morally and politically from the tyrannical new pseudo-left, was its belief in freedom of speech? But in pursuing or cheering these lawsuits against the SPLC, the IDW has shown that, while it makes many strong and important arguments against SJW censoriousness, it has its own sensitivities to problematic speech. The crusade against the SPLC will chill freedom of speech. This is the bottom line: hyperbole, including outright myth, is part and parcel of everyday debate and discussion. Especially if you are a public figure, like Nawaz and others who are now suing the SPLC.

This was recognised in the landmark Supreme Court ruling of New York Times v Sullivan in 1964, which made it very difficult for public figures in the US to launch defamation suits. That ruling, which struck down a lawsuit against another civil-rights organisation, in this case one brought by an official in Alabama against the Committee to Defend Martin Luther King, said that ‘debate on public issues should be uninhibited, robust and wide open’. And it said that inevitably such debate ‘may well include vehement, caustic, and sometimes unpleasantly sharp attacks on government and public officials’. Strikingly, the ruling defended the right of critics of public figures to be wrong: ‘[E]rroneous statement is inevitable in free debate, and… it must be protected if the freedoms of expression are to have the “breathing space” that they need to survive.’

Sullivan ruled that public figures could no longer sue simply because someone got something wrong about them or even because they damaged their reputations. Rather, the public figure would need to show that the erroneous statements were made with ‘actual malice’. Nawaz and his supporters no doubt believe that the SPLC’s branding of him as an ‘anti-Muslim extremist’ was an act of actual malice. But was it? What if the SPLC’s political bent leads it to believe, seriously and honestly, that publishing a cartoon of Muhammad is ‘anti-Muslim’? And that calling for a ban on the veil in certain situations is ‘extreme’? Should people not have the right to think it is extremist and prejudiced to mock Muhammad or diss the veil? I think they are wrong. Nawaz clearly thinks they are wrong, too. But so what? They think they are right. Does freedom of speech not expand to people who think they are right even though others, even if it is many others, think they are wrong?

The difficult issue at the heart of this is that the SPLC is wrong casually to brand people extremists but it also must have the right to do so. Just as Christian fundamentalists are wrong to say that gays are going to hell but must have the right to say it. And just as Islamists are wrong to brand women ‘slags’ because they have sex before marriage but must have the right to say this. That doesn’t mean Nawaz and the Christian groups who were defamed (and I have no doubt they were) by the SPLC should just put up with this stuff. They should argue back, fight back, use their not inconsiderable resources to ridicule the SPLC and to convince public opinion that the SPLC is wrong. This is a far better way to challenge erroneous speech, because it utilises open debate and appeals to public reason rather than calling upon officialdom to punish people for their words and beliefs. This approach sustains the value of freedom of speech and reasoned discussion, whereas lawsuits undermine them.

I want the PC set to stop calling everyone they hate an extremist or fascist; but I don’t want them to be forced to do so by law or by officialdom. Why? For the simple reason that their being officially or legally cajoled to retract or make financial recompense for their hyperbole is a far bigger threat to the freedom of society than their wild claims ever could be. Their claims merely hurt individuals, whereas the punishment of their claims hurts everyone. That is my attitude when I am defamed by student protesters or members of the Twitterati or silly hacks: my annoyance at their defamation is a small price to pay for living in a society in which speech is so free that people can lie about me.

The Intellectual Dark Web has failed its first moral test. Because if you don’t believe in freedom of speech – with no ifs, buts, erming, ahhing or caveats – then what is the point? From the crusade against the SPLC to Jordan Peterson’s suing of academics who badmouthed him in a meeting with a student, the leaders of the IDW seem inconsistent on freedom of speech. And that is worrying. Because your attitude to freedom of speech tells us so much about your attitude to humanity itself. Do you trust people to use their moral reason to work out right from wrong, or do you not? This is the question of our age. And SJWs answer it by saying, ‘We don’t trust people. And that’s why we need controls on speech.’ How will the IDW answer this question? We shall see. But some of us still think that freedom of speech is so important, such a crucial building block of democracy and modernity, that our own defamatory difficulties pale into insignificance in comparison with the right of all people to say what they believe, even if they are wrong.