‘The fear of populism is really a fear of the masses’ 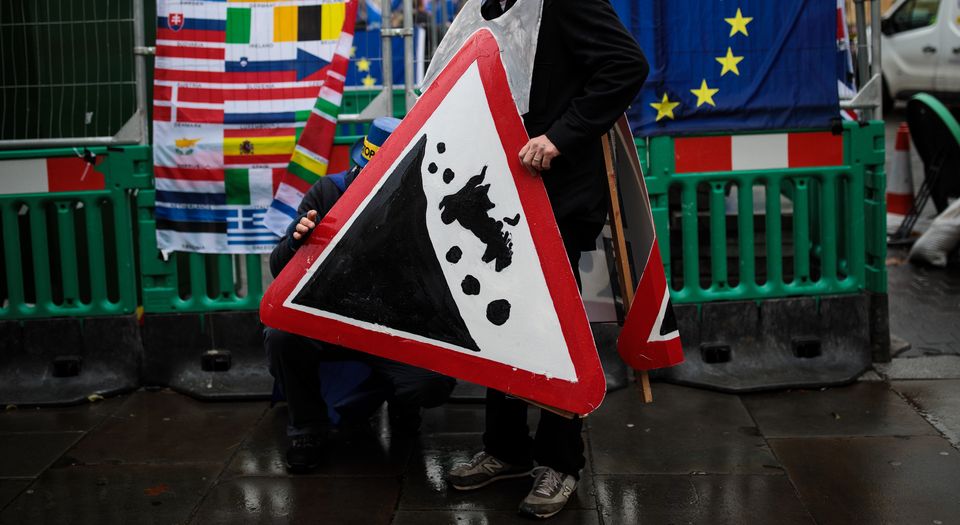 It often feels like we live in uniquely fearful times – a time of food scares, terrorism and a pervasive fear of the future. In politics, fear, we’re told, is the currency of the day – from the alleged fearmongering of populists to the Project Fear tactics of anti-populists. So what’s driving the culture of fear, and how has it come to dominate modern society? Sociologist, commentator and spiked contributor Frank Furedi explores these questions and more in his new book, How Fear Works: Culture of Fear in the Twenty-First Century. He spoke to Fraser Myers about our fearful present, and how we can carve out a less fearful future.

Fraser Myers: How Fear Works is your third book on fear, following Culture of Fear (1997) and Politics of Fear (2005). What made you revisit the question of fear?

Frank Furedi: People say that we are more fearful today than ever before. I’m not really sure that that’s true, as you can’t really measure fear. But we certainly talk a lot more about feeling fearful than in previous eras. I really wanted to understand how fear has changed in both meaning and form, all the way from the fear of God in the Bible, and at the time of the Greeks and the Romans, to the present day.

In the past, philosophers and theologians understood fear as a moral problem. Fear was something to do with God and the devil or what is right and what is wrong. Today fear has become increasingly medicalised. The most significant symptom of this is that we now regard ourselves as less capable of dealing with fear independently. We believe that human beings lack the moral and intellectual resources to confront the things they fear.

As our understanding of fear has changed, so has the antidote. Aristotle, for instance, argued that the best solution to fear is the cultivation of courage. Today, on the other hand, people are urged to see a doctor or a counsellor to treat their anxieties.

FM: How does the politics of fear play into this?

FF: At a time when we consider ourselves to be helpless in the face of fear, safety has become society’s primary value. The politics of fear is really an expression of how safety has become politicised. For instance, Trump says he’s going to keep America safe by building a wall. His opponents promote the safety that’s found in Safe Spaces. In both cases, safety is the foundational value of their politics. The real tragedy is that the more safety is politicised, the more insecure we feel, because safety is a very elusive phenomenon.

FM: Politicians now regularly accuse their opponents of playing the fear card. During the EU referendum, the Remain campaign’s scaremongering was decried as ‘Project Fear’. Is this a challenge to the politics of fear, or an acknowledgement of its dominance?

FF: These kinds of remarks are an indirect acknowledgement of the fact that everyone frames their political message in the language of fear. Politicians feel that they cannot rely on the language of hope or future possibilities.

Contrary to what is widely believed, the politics of fear no longer works. People are fed up with hearing so many alarmist statements about global warming or global terrorism. It’s one of the big myths of our time that people get really scared and vote accordingly. And not only that, whereas in the past the politics of fear could unify people, today it merely reinforces division. In an increasingly fragmented culture, we no longer have any shared fears. So the politics of fear is not as effective as people imagine.

FM: What do you make of the claim that the politics of fear has fuelled the rise of populism?

FF: A lot of the critics of populism accuse populist movements of using the politics of fear. But more concerning is the fear of populism. If there’s any section of society that has bought into the politics of fear, it’s not the people voting for populist parties, but the existing political oligarchy. These elites fear that the populace is no longer listening to them, and so they see us as unpredictable and scary. They seem to have lost all understanding of the fact that, in a democracy, there is a risk that your ideas will lose. Ultimately, the fear of populism is little more than the fear of the masses.

FM: What role does the media play in creating a culture of fear?

FF: The media certainly amplify fear and provide it with a cultural frame. But they are only the messengers. Of course, there are times when a newspaper or media organisation will start a fear campaign to gain public attention. But even when it comes to concocted concerns, such as the phenomenon of modern slavery, which was more or less invented by the media, those outlets pushing this narrative are drawing on cultural resources that exist already in wider society. Newspapers can’t manufacture fear without the raw materials to do it.

FM: Does the culture of fear have a particular impact on young people?

FF: For some time now, young people have been socialised into the assumptions of the culture of fear from an early age onwards. Children were once encouraged to adopt values like courage, to believe that problems and hazards could be dealt with by being courageous. Now, people are told that they should simply avoid trouble and risk altogether, rather than confront the difficulties they face. Old virtues like courage no longer have any real purchase in society. Courage is either derided as old-fashioned or it is redefined to the point of meaninglessness. For instance, today, people write books like The Courage to Survive or they talk about the courage it apparently takes to go to Big School.

Young people are encouraged to internalise these concerns and anxieties. We assume young people are unable to deal with uncertainty and risk. Children today are self-consciously fearful about things that are, in many respects, the most ordinary challenges of everyday life.

FM: How best can we free ourselves from the culture of fear?

FF: There are a number of values from our heritage that we would do well to promote, particularly courage, loyalty, duty and responsibility. We also need to encourage young people to be open to new experiences, to cultivate a habit of independence and a willingness to take risks. We need to develop a more robust view of the future – we need to start to see it as a terrain full of opportunity, rather than a problem we can run from. It is very difficult for any of us to transcend the culture of fear entirely, as it is so pervasive. But we certainly need to start mounting a robust and relentless challenge to it.

How Fear Works: Culture of Fear in the Twenty-First Century, by Frank Furedi, is published by Bloomsbury. Buy it on Amazon (UK).