His support for Jamie Oliver is in keeping with his paternalistic outlook. 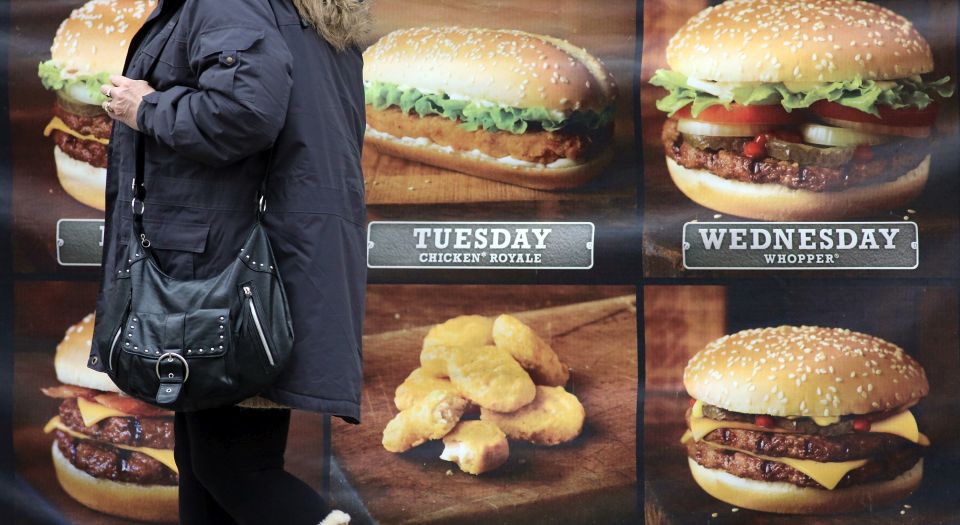 Jamie Oliver was recently criticised by Channel 4 over his campaign for parliament to ban ‘junk food’ adverts on TV before 9pm. Channel 4 says such a ban would impact on its revenue streams, and the ads would simply go elsewhere – to YouTube or Facebook. Meanwhile, a group of nutritionists and dieticians raised concerns that Oliver is ‘contributing to a stigmatising and divisive conversation about weight’. On social media, some radicals attacked Oliver for the class snobbery behind his healthy-eating campaigns. Eating cheap food is better than not being able to eat at all, they said.

But Oliver won support from one prominent left-winger: Jeremy Corbyn. Alongside Scottish National Party leader Nicola Sturgeon, and Lib Dem leader Vince Cable, Corbyn signed Oliver’s letter urging the government to endorse his 13 measures to tackle ‘childhood obesity’. Given, as many people now recognise, that ‘healthy eating’ initiatives often stigmatise the poorer sections of society, it might seem odd that Corbyn, apparently the friend of the underdog, would back Oliver’s snooty campaign. After all, as Corbyn’s supporters never fail to remind us, what distinguishes Corbyn from the Blair era is that he is a champion of the less well-off and powerless.

It is true that Corbyn’s Labour is all about protecting the poor and needy. There is indeed an enormous reservoir of pity in the Corbyn set for the socially disadvantaged. Yet this new politics of pity, this recasting of poor people as ‘the vulnerable’ rather than citizens, actually does people a huge disservice. It infantilises them; it questions their agency and moral autonomy. It is entirely fitting, then, that Corbyn should back a campaign aimed at protecting children from ads for crisps and fizzy drinks, just as he has previously called for the protection of the poor more broadly from such vices as booze, fags, gambling machines and tabloid newspapers.

Pity for the poor can slip quite easily into contempt. Concern over their ‘wellbeing’ can turn to disdain for the ‘wrong’ choices they apparently make. Pity and contempt are flipsides of the same coin and, since Blair, these dual approaches have become Labour’s default position. Far from Corbyn representing a return to working-class radicalism, he seems far more concerned with reforming ordinary people’s behaviour than with reforming society. It is odd that a socialist radical should focus so much on the alleged failings of individuals rather than on the structural organisation of society.

This is conservative, not radical. In fact, New Labour’s and now Corybn’s handwringing about the poor and their lifestyle choices is in some ways more problematic than traditional conservatism. The latter promoted discussion of the poor’s ‘moral failings’. This at least touched upon questions of morality and suggested individuals enjoyed free will and autonomy, and were capable of making good as well as bad choices regarding their lifestyles. In contrast, Corbyn’s Labour does not recognise this capability among ‘the poor’. Instead it has a view of people as having been brainwashed by tabloid newspapers or adverts and thus unable to make informed choices about their lives, and by extension about politics.

This is why the term ‘vulnerable’ is routinely wheeled out: it suggests poorer people are greatly susceptible to harmful influences, more so than the better-off and non-vulnerable. Many of the solutions to the poor’s apparent feeble-mindedness rely on calling for more state intervention. Corbyn’s support for a ban on junk-food ads is only the latest example of radicals wanting to use the law to make choices on poor people’s behalf.

Radical Corbyn supporters argue that such measures are no different to health-and-safety laws against child labour in the 19th century. They are about curbing the anti-social tendencies of private companies and ensuring the protection of citizens, they say. But dangerous conditions in the workplace are very different to personal lifestyle choices. Through negligence or cost-cutting, workers are often unaware that their safety is at risk; employers must be held accountable for problems that arise from this. By contrast, lifestyle choices depend on the individual making a judgement for him or herself: individuals alone should take responsibility for the personal choices they make. The Corbyn approach isn’t about reprimanding multinational companies – it’s about telling the less well-off that we don’t trust them to run their own lives.

Either through collective action by trade unions or parliamentary representation by the Labour Party, British labourism once aimed to extend the influence of working people in society. That nominally radical project has been in tatters for decades. From Ken Livingstone in the GLC to Tony Blair’s New Labour and now Corbyn’s middle-class Momentum, Labour’s aim now is to extend state authority over ordinary people’s day-to-day lives. Corbyn’s support for bans on junk-food ads confirms that in many ways he is the natural heir to Blair.