The police response to Lush’s ads is utterly out of order. 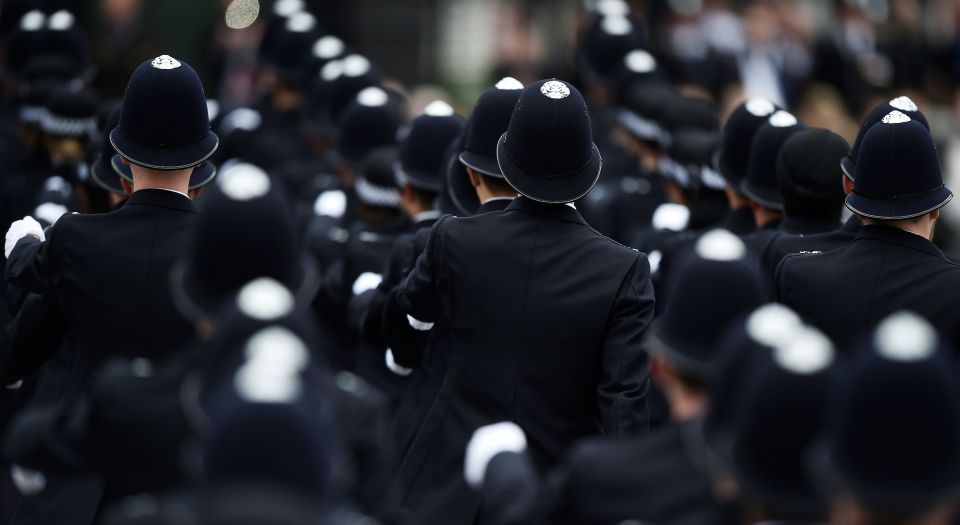 An advertising campaign by cosmetics firm Lush has drawn condemnation from the home secretary, praise from self-styled progressives, and, in one of its shops, a visit from the police.

Through its new marketing campaign, the ‘gourmet’ soap company attempted to draw attention to the so-called ‘Spy Cops’ scandal, in which undercover police officers infiltrated activist groups, sometimes initiating relationships and fathering children with those they were spying on. Several Lush shops displayed posters featuring undercover and uniformed police officers with the message ‘Paid to Lie? #Spycops’. Others plastered their shop windows with hazard tape, telling shoppers, ‘Police have crossed a line’.

But while it has alienated many, Lush’s marketing campaign has successfully targeted, with razor-sharp precision, its desired audience of middle-class, pseudo-radical Corbyn supporters – many of whom have come out in defence of the brand. Corbynistas have suspended their calls to overthrow capitalism in order to gush over Lush, praising the company as ‘heroes’. A former Green Party mayoral candidate offered her ‘solidarity’ to the private limited company. For Owen Jones, anyone who points out that the for-profit firm, which turned over £723million in 2017, might have ‘commercial motives’ to run its advertising campaign must be an ‘exceptionally smug so-called “centrist”’.

The Spy Cops campaign follows many other attempts by Lush to position itself as politically radical. Mark Constantine, Lush’s co-founder, seems genuinely to believe he is a dangerous extremist. In a conversation with Jeremy Corbyn, Constantine claimed he is on the police’s extremism watchlist for his so-called activism. But when a company’s commercial interests and its ‘activism’ are so aligned, it can hardly be considered extreme or radical. Sometimes Lush’s activism really is just for show. For instance, it continued to market its products as ‘non-animal tested’, even following an EU-wide ban on animal testing on cosmetics, which meant that all cosmetics sold in Britain would be ‘non-animal tested’.

While, for some, the campaign means the Lush brand has become sainted, for others it is now tainted. Twitter and Facebook have been awash with outrage at the suggestion that some police officers may not be entirely upstanding custodians of the law. Current and former officers filmed themselves dumping their bath bombs and body lotions, and called for a boycott of the shop, using the hashtag, #FlushLush. The vice chairman of the Police Federation called the campaign ‘offensive, disgusting and insulting’. Tens of thousands of users have given Lush the lowest possible rating on its Facebook page. Even home secretary Sajid Javid took to Twitter to air his fury over the campaign. ‘Never thought I would see a mainstream British retailer running a public advertising campaign against our hard-working police’, he fumed.

But it is one thing for police officers to vent their spleen about Lush’s campaign online – something that no matter how pathetic it may appear, they should have the right to do. It is another to use one’s status as a police officer to pressure someone into removing posters, particularly those that are critical of the police. When one officer visited a Lush shop in Peterborough, after a chat with the manager, he succeeded in getting the window display removed. Worse still, the chair of the Cambridge Police Federation tweeted that the removal of the posters showed that some Lush staff ‘care about [the police’s] feelings after all’. Even, the armed wing of the state now complains of hurt feelings and believes that those feelings should take priority over free expression.

The blind, censorious rage against Lush’s poster campaign did not emerge from a vacuum. Demands to censor offensive material are constant and are, in far too many cases, being heeded. When it comes to advertising, many of the same people defending Lush’s campaign will have cheered Sadiq Khan’s ban on Protein World’s ‘beach-body’ posters. They will have cheered the Advertising Standards Authority’s ban on all forms of gender stereotyping. And when it comes to online speech, they will have even cheered the police for locking up Twitter trolls and shitposters. Having responded so often to other people’s complaints that ‘I find that offensive’, it is no wonder the police now feel empowered to weaponise their own sense of offence.