The putsch in Italy

The Euro-establishment has declared war on democracy. 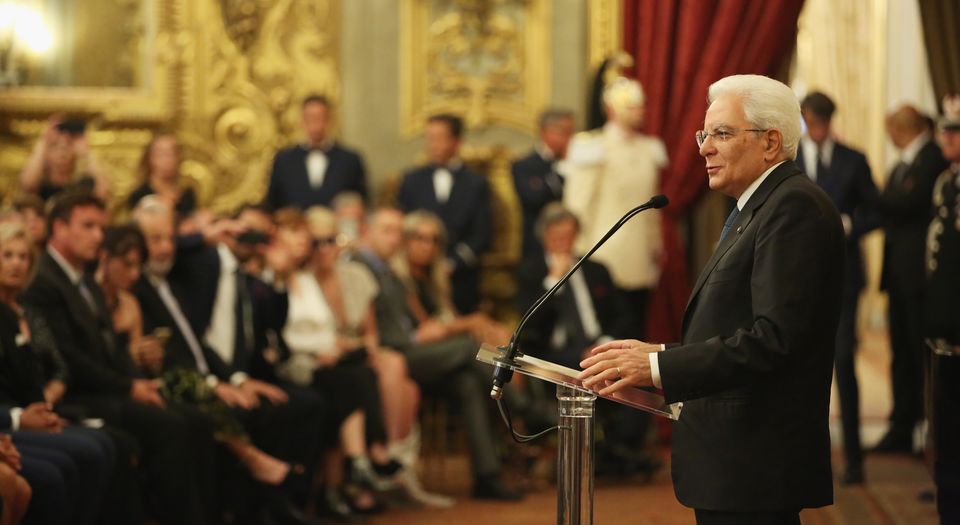 There has been a putsch in Italy. A bloodless putsch, with no guns or jackboots, but a putsch nonetheless. The president’s vetoing of the finance minister put forward by the populist parties that won a huge number of votes in the General Election in March represents a grave assault on the democratic will. It is a technocratic coup, an EU-influenced, big-business-pleasing attempt to isolate and weaken the popular anti-Brussels sentiment that has swept Italy. Indeed, it has brought about the collapse of the talks to form a new populist government and made it necessary to hold fresh elections. Let’s be honest about what has happened here: March’s democratic election has essentially been voided by technocrats who care more about Euro financiers than they do about the ordinary people of Italy.

Italy has been plunged into political crisis by establishment figures who are repulsed by the Euroscepticism spreading through the nation. In the election in March, the mainstream parties – the Democratic Party and Forza Italia – were decimated by voters. They suffered an historic blow at the ballot box, the Democratic Party getting 18.7 per cent of the vote, and Forza Italia an even sadder 14 per cent. Meanwhile, populist parties, in particular the Five Star Movement (M5S) and the League (formerly the Northern League), soared to the forefront of political life. M5S won 32.7 per cent of the vote, and the League won 17.4 per cent – a huge rise on the four per cent it got in the election in 2013.

These parties won on a ticket of tackling austerity, easing people’s tax burdens, standing up to Euro institutions – in particular over Italy’s debt to the European Central Bank – and clamping down on illegal immigration. Their storming ahead of the two parties that had run Italy for decades was one of the clearest expressions yet of a popular disgruntlement with the aloof politics of the past that so many people across Europe now feel. But it’s a disgruntlement the establishment is increasingly unwilling to tolerate. And so in Italy it is effectively being done in, with the old elite insisting that the people’s will is too disruptive and must be diluted by those who know better.

So as part of the drawn-out, often tortured efforts of M5S and the League to form a majority government, which went on for nearly three months, EU officials put pressure on Italy’s new leaders to water down certain policies and ditch certain people. Largely through Sergio Mattarella, the president (an only semi-democratic position in Italian political life), Brussels and other influential European players have made it clear that certain ideas and individuals would be ‘unacceptable’ in Italy’s new government. From the new coalition’s proposals to increase public spending and borrowing in defiance of Eurozone stability rules, to their insistence that immigration into Italy must be more tightly policed, to their opposition to European sanctions on Russia, various policies held by these popular parties were openly criticised by EU officials and, under pressure from Mattarella, they were softened as the coalition sought to forge a government. At one point, Matteo Salvini, leader of the League, felt provoked to say: ‘From Europe, we have the umpteenth unacceptable interference by unelected officials.’

Not content with meddling in the policymaking of Italy’s popular parties, the old elite then instructed them on who they could include in their government. President Mattarella blocked their nomination of Paolo Savona, the 82-year-old Italian economist, for the position of finance minister. Why? Because Savona is a Eurosceptic, and a frequently stinging one. He has described the Eurozone as a ‘German cage’. He has said Italy might have to ‘get out of the Euro’ if the alternative is to ‘end up like Greece’. Savona’s views make him unacceptable for public office, it seems, and so President Mattarella vetoed him, on the basis that his Euroscepticism would make Euro financiers nervous and threaten the Italian economy. This caused M5S and the League’s chosen interim prime minister, Giuseppe Conte, to resign, and now there will be new elections.

Some have pointed out that Italian presidents have vetoed ministers in the past. This is true, but it’s a very rare thing for the president to do. And more importantly there’s the reason Savona was vetoed. In the words of Henry Newman in the Spectator, normally a proposed minister is vetoed because of ‘concern over competence, nepotism, or a conflict of interests’; Savona, in contrast, was vetoed on the ‘basis of his views’. Consider the political magnitude of this veto: the Italian public expresses a mass feeling of Euroscepticism and yet an old-establishment figure prevents a Eurosceptic from taking office. It is really clear now that what the people want and what the old political class wants are very different things – and apparently, and alarmingly, it is the latter that must win out.

The usurping of the popular will is best summed up in who has been promoted by Mattarella to replace Conte as the interim prime minister: Carlo Cottarelli, a former senior official in the International Monetary Fund who is referred to as ‘Mr Scissors’ for his insistence on cuts to public spending. So even though millions of Italians voted for populist parties that said they would reverse spending cuts and challenge Eurozone stability rules, now they find themselves ruled, for the time being, by a technocrat who takes an entirely different view. They have ended up with the opposite to what they voted for. This is the putsch; this is the technocratic coup; this is the thwarting of the democratic outlook by an establishment that thinks it knows better than ordinary people how their lives should be run.

This is how life in the Eurozone, and in the EU more broadly, works now. The people and the parties they vote for are written off by the expert class and technocrats and the forces of big business as irrational or prejudiced or dangerous, and the popular will is overriden in the name of maintaining the status quo. We saw this in the EU fury that greeted the French, Dutch and Irish revolts against the EU Constitution a decade ago; in the enforcement of spending cuts in Greece and Ireland that the people in those countries did not want; and we see it in the ongoing efforts by Brussels and its useful idiots in Britain to weaken or even kill off our mass vote for Brexit. Remainers, behold the truth of the institution you are fighting to defend: not the happy-clappy union of European peoples of your deluded dreams, but rather a vast oligarchical machine that laughs in the face of national sovereignty, views the democratic will as a pesky fly to be swatted away, and looks upon ordinary people as too pig-ignorant to make big political decisions. We need more rebellions against this elitist Euro-hatred for the views of ordinary people, and an all-out defence of the hard-won European principle of democracy.