Oh spare us this Woke Monarchy

The new aristocrats are as irritating as the old ones. 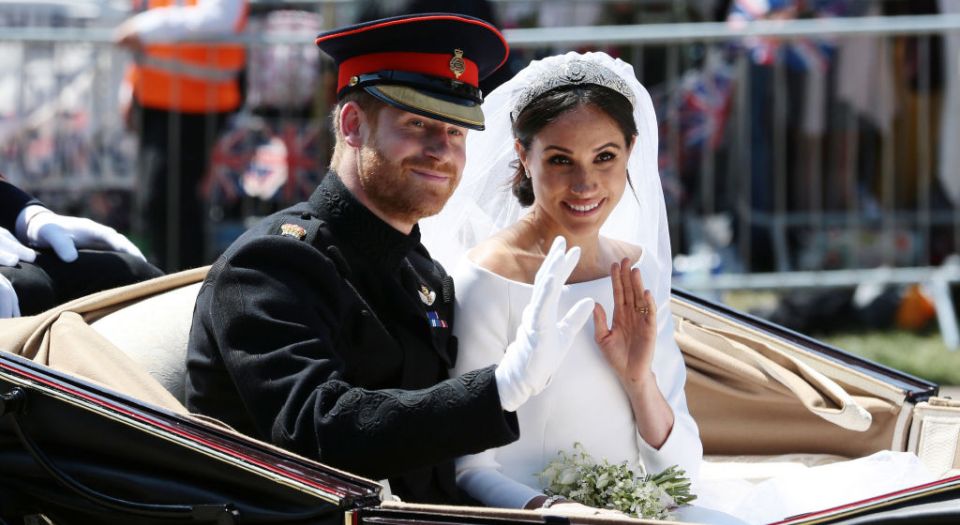 Congratulations, Harry and Meghan. I hope you have a long marriage. What I hope doesn’t last quite as long is this Woke Monarchy your nuptials apparently herald. Everyone’s raving about how the monarchy has finally landed in the 21st century, shaking off its old, oh-so-white ways to become a modern, multicultural outfit that signals to all Brits, whatever their hue, that they are much-loved. It’s such a patronising mission, as patrician as any earlier big royal event that was likewise justified as a means of making the plebs feel fleetingly good about their lives.

It was a fascinating wedding. And a nice one, sure. The chamber music was lovely. As was the Kingdom Choir’s rendition of ‘Stand by me’. The sight of David Beckham making smalltalk with Nicholas Soames was hilarious. But the whole thing was just so knowing and strained. It was a carefully orchestrated stab at projecting a new image of monarchy that ended up as a confused pageant that was neither one thing nor the other. The new aristocrats — slebs like Clooney, Oprah and Elton — awkwardly rubbed shoulders with old aristocrats most of us would struggle to name. The black American episcopalian preacher was a hit with the crowds but left the queen and Zara Phillips visibly perplexed. The presence of the black choir was celebrated as a herald of the New Britain and yet everyone ended up singing ‘God Save the Queen’, as they always must, because the queen, for all this institution’s much trumpeted modernisation, is still an instrument of God to lead the British people.

The wedding captured but of course did zilch to resolve a simmering tension in the upper echelons of British society. It brought together modern-day ‘kweens’ (Serena, Amal, Posh Spice) with the actual queen, leaving us unsure who we’re meant to bow to these days. The media talking point — and clearly the guiding principle of Prince Harry’s team — was ‘inclusivity’, yet the monarchy remains the least inclusive organisation in the land. You literally have to have been created by a particular person’s sperm to have a place in it. The rest of us have more chance of being included in a mission to Mars than we do of becoming members of the ‘inclusive’ House of Windsor.

It all spoke to a monarchy at sea, and a political class — they always have their fingers in events like these — uncomfortable with Britain’s old traditions but unable to give meaning to its new ones. The most bizarre idea is that Meghan’s arrival will make the monarchy more representative. The monarchy isn’t meant to be representative — it’s meant to be the opposite. It is supposed to stand above both grubby politics and us mere mortals to embody a superhuman moral aura that might steer the nation. This inherently anti-representative, aloof nature of monarchism is precisely why some of us would prefer to live in a Republic of Britain. Making the monarchy inclusive is political surrealism.

What people mean when they talk about a new ‘representative’ monarchy is that it will make ordinary people, Her Majesty’s apparently confused subjects, feel good. The fact that the royal family’s latest addition is mixed-race will apparently open the eyes of the throng to the importance of multiculturalism. Meghan could ‘change Britain’s attitude to race’, says one headline. ‘A new era dawns’, says the New York Times, telling us that ‘after generations of aristocratic matches, [this union] more closely reflect[s] modern Britain’. (It forgets that middle-class Kate Middleton also wasn’t an aristocratic match.) Commentators tell us black Brits will now feel like worthy citizens, and white Brits will get a lesson in inclusivity. ‘From now on, it will be impossible to argue that being black is somehow incompatible with being British’, says one columnist.

The paternalistic presumptions are astonishing. They really believe black Brits have been waiting for royal approval before feeling part of the nation? And white Brits need to see a black woman standing next to Prince Harry in order to realise black people are acceptable? Black communities are seen as child-like victims in need of a dark-skinned duchess to make them feel better, and white people as latent racists whose ugly passions must be kept in check with regular photos of our monarchical betters being nice to a mixed-race woman. The post-traditionalist elites have a pretty traditional contempt for the plebs.

We’re back to the idea of the ‘magic’ of monarchy. The key aspect of monarchy is its ‘theatrical elements’, said Bagehot in The English Constitution; theatre that might ‘appeal to the senses’. Same now, it seems, though today the theatre is one of ‘inclusivity’ justified as a means of repressing people’s bad, racist senses and teasing out our good, multiculturalist ones. It is striking how much the PC worldview echoes the aristocratic one. Both see representation in hereditary rather than democratic terms: Meghan is celebrated for the accident of her birth to mixed-race parents just as the queen is the queen because of the accident of her siring by George VI. Both marshal ‘theatre’ to massage the plebs’ ‘senses’, from the stiff theatre of the queen’s coronation that was designed to pluck up postwar Blighty to the virtue-signalling of yesterday’s strange pageant that is praised for slaying racism. And both bristle at real representation: democratic representation. Instead, the old aristocracy prefers the rule of the high-born while the new aristocracy prefers the influence of celebrity, expertise and technocracy over government by the pesky, Brexity people.

So spare us this Woke Monarchy, and this ‘New Britain’ in which theatre is still deployed to educate the throng and where we’re all expected to respond positively to identitarian gestures. Because it strikes some of us that these woke elites might be as patronising as the old elites, and possibly more so.