The constitutional crisis that nobody on the left wants to talk about. 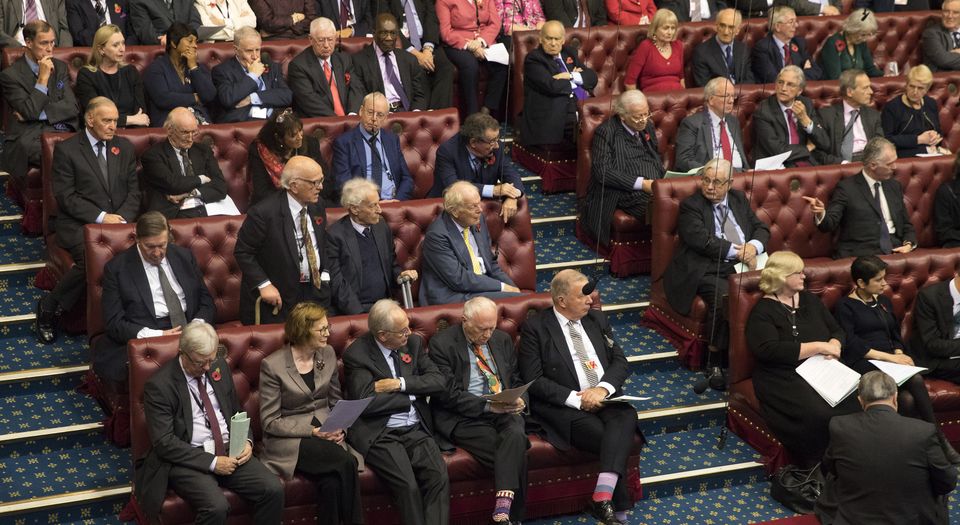 The unelected House of Lords voted yet again to overturn a decision of the elected House of Commons and defy the will of the people. In response, the British people expressed their defiance of the Lords in time-honoured fashion, by rioting.

Several English cities were soon engulfed in flames. The Nottingham castle of the Duke of Newcastle, an arch anti-democrat, was burnt to the ground. In Derby, groups of armed men took control of the streets for several days, smashed the windows of anybody suspected of supporting the Lords, sacked the jail and released all the prisoners.

Young men with muskets seized Bristol’s fashionable streets for a week and burned down not only the city’s four prisons, but also Queen’s Square, the Mansion House, the Custom House and the Bishop’s Palace. Local MP Sir Charles Wetherell, who had come to Bristol under armed guard to celebrate the Lords’ victory over ‘the mob’, was instead besieged in his hotel and, records Paul Foot’s history of British democracy, The Vote, ‘had to flee over the rooftops in his underwear in the middle of the night’.

Eventually the government sent in troops to put down the revolting populace. But the image of the pompous Sir Charles crawling across the rooftops in his long-johns, against a Bristol skyline lit up by insurrectionary flames, was not forgotten by any side. The Lords reluctantly passed the Commons’ reforms next time.

That was back in 1831, at the peak of the struggle over what became the Great Reform Act of 1832, which abolished ‘rotten boroughs’, granted parliamentary representation to industrial cities such as Manchester, and extended the right to vote – though only to a section of property-owning males. These not-so-great reforms nevertheless marked a key moment in the modern struggle for representative democracy in Britain.

Almost two centuries later, we are faced with another crisis as the unelected House of Lords repeatedly seeks to overturn the decisions of the elected House of Commons and defy the will of the people. The peers have voted against the government’s key Brexit bill more than a dozen times, and twice sought to force MPs to impose new controls on press freedom.

Yet the political fallout looks very different from previous struggles between the people and the two houses of parliament. In the 18th, 19th and early 20th centuries, the Tory lords were the stalwarts of the old aristocratic order, while Liberals and the left backed democratic reforms – if not the riots.

Today it is Theresa May’s Tories who are warning unelected peers about the dangers of messing with democracy. Meanwhile, Jeremy Corbyn’s Labour Party and the left have become cheerleaders for the Lords’ anti-democratic riot against Brexit and press freedom.

Most members of the House of Lords are no longer land-owning aristocrats upholding the remains of the ancient order. Instead they are an equally unaccountable clique of state-appointed former, failed and sometimes fraudulent politicians. These peers have now become the agents of the new ‘liberal’ political elites, who fear the revolting demos – the people – every bit as much as the aristos of old.

Labour’s attempt to use the Lords to subvert the democratic will confirms that the liberal-left has abandoned the fight for democracy and free speech and sided with the forces of state control. We are faced with an historic constitutional crisis that it seems nobody on the left wants to talk about, never mind riot against.

It would be hard to exaggerate this shift in the political battleground. For the past 250 years, the Lords has sought to halt or delay the forward march of democracy. At every turn their reaction was met with mass protests demanding reform.

When almost everybody in Britain was denied the vote, the riot became a pre-democratic expression of the popular will. Listing the many riots that shook towns, cities and countryside in the late 18th and 19th centuries, historian EP Thompson noted how ‘the British people were noted throughout Europe for their turbulence [plus ca change], and the people of London astonished foreign visitors by their lack of deference’ (The Making of the English Working Class).

That lack of deference was rarely displayed more forcefully or eloquently than in 1771, when the undemocratic parliament voted to send to the Tower the allies of radical journalist and MP John Wilkes, in the climax of its crusade against press freedom. Some 50,000 Londoners rioted at Westminster, crying ‘Wilkes and Liberty!’. When aristocratic prime minister Lord North arrived, his disenfranchised constituents smashed up his carriage, cut up his hat, and came close to stringing up the PM himself.

Parliament eventually sought to stave off revolution by passing three 19th-century reform acts extending the vote to more property-owning males. Each time, the Lords led the resistance to democratic reform – and the disenfranchised demos voted with their feet and whatever came to hand.

The riots that preceded the 1832 reform act were followed by angry protests at the Lords-led reaction against the 1867 reform act, including a major riot in London’s Hyde Park during which every iron railing was torn up and police were pelted with missiles.

When the House of Lords tried to stop passage of the parliamentary bill that became the third reform act of 1884, thousands again demonstrated through Hyde Park demanding ‘Down with the Lords – give us the bill!’. Radical MP Professor Thorold Rogers told the crowd the Lords was as bad as ‘Sodom and Gomorrah and the abominations of the Egyptian temple’, while Liberal government minister Joseph Chamberlain assured them that, ‘We will never, never, never be the only race in the civilised world subservient to the insolent pretensions of a hereditary caste’.

Today we are being subjected to the insolent pretensions of a different unelected caste in the House of Lords, who seem to believe that their few hundred votes to scupper Brexit should outweigh the 17.4million who voted to leave the EU. Yet far from telling the democracy-screwing peers to Sodom off, Corbyn’s Labour cheer the anti-democratic backlash and dub the House of Lords ‘the left’s new best friend’ (New Statesman).

Of course, many British liberals and radical politicians who opposed the old aristocratic House of Lords also feared and loathed the demos and took sides against the revolting and rioting masses. Now, however, it appears that Labour and the left have entirely gone over to the side of reaction, using unaccountable peers as the weapons of the new metro-elites in their war against Brexit and press freedom. They look down upon working-class Leave voters with the same disdain as the lords of old viewed the plebs; that’s why they hate referendums, aka plebiscites.

After the Lords again tried to overrule a vote by MPs this week, by obliging the government to set up a Leveson II repeat showtrial of the press, Tory MPs spoke out against the ‘undemocratic tendency’ in the upper house and warned peers to respect the ‘democratic legitimacy’ of the House of Commons. The Commons itself should also take those warnings about democratic legitimacy to heart. After all, who really represents the 52 per cent who voted Leave in our increasingly unrepresentative demockracy?

What we need now is not an old-fashioned riot, but a modern political revolt to finish Britain’s democratic revolution. That must mean MPs respecting the popular vote for Brexit, with no buts or by-your-leaves, m’lud. It should also mean taking steps to rid us of the ‘insolent pretensions’ of unelected elites for good, by holding a referendum on abolishing the House of Lords altogether. That really would be my kind of riot.