Why the left has turned its back on freedom of speech

The left’s embrace of censorship is the great political tragedy of our time. 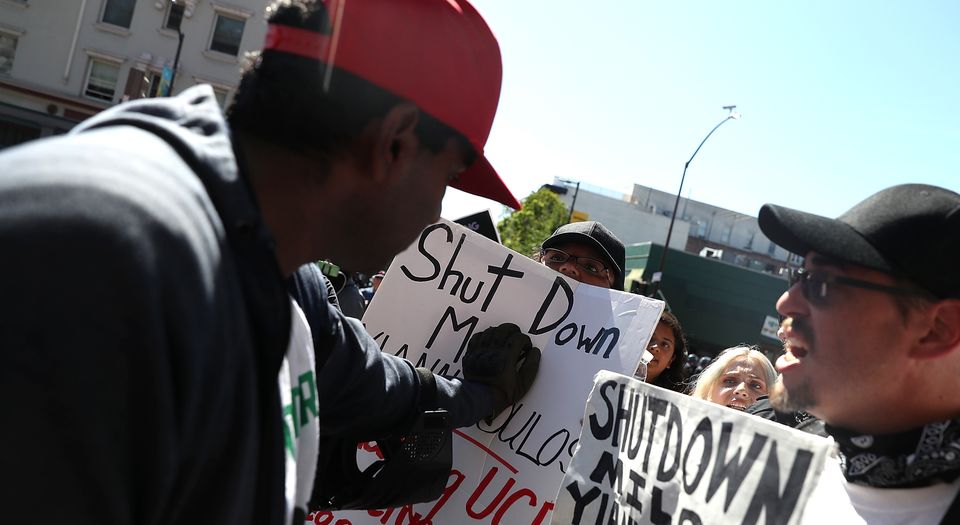 The left has made many mistakes in recent years. Throwing its lot in with the middle-class misanthropes of the green movement. Lining up with that Byzantine bureaucracy and plunger of the Greek working classes into penury, the European Union. Calling Emily Thornberry ‘kween’ (when actually she’s only a Lady). But its greatest error, the one from which it will struggle to recover, has been its abandonment of freedom of speech. The consequences of the left’s vacating of the field of free speech will be dire and will be felt for many years, not only on the left itself but across the political sphere.

The way many on the left now speak about freedom of speech feels depressing to those of us who consider ourselves of the left and who love liberty. To those of us who know that English radicals had their tongues torn out and their ears cut off for the crime of speaking freely, for offending against the given morality with their risqué ideas and pamphlets, it feels disturbing to hear a new generation of ‘radicals’ use the belittling phrase ‘freeze peach’ to mock anyone who thinks this liberty is important.

To those of us who know that, from John Milton to Thomas Paine to the Chartists to the Suffragettes, every progressive struggle for greater democracy and equality went hand-in-hand with a demand for greater press freedom, so that people could press their radical new ideas, it is alarming to watch Corbynistas whoop and cheer as Jeremy Corbyn promises to force the raucous press to sign up to state-approved regulation. Which would be the first such regulation in Britain since 1695. John Lilburne, probably the greatest radical of the English Civil War and its aftermath, was publicly whipped and tortured and gagged with his own illegal pamphlets for his efforts to bring about this end to the state’s regulation of the press; Corbyn and his crew would bring it back. ‘Fuck Lilburne’, they don’t say but do mean.

To those of us who know that Western leftists were often at the forefront of struggles for greater political and cultural freedom in the 20th century – whether they were agitating against McCarthyite censorship of communist ideas, or setting up the Free Speech Movement at Berkeley in the early 1960s, or arguing against the idea that ‘video nasties’ warped minds and therefore should be banned – it feels tragic that many leftists now agitate for the blacklisting or destruction of ‘offensive’ ideas and culture.

When they call for far-right marches or speakers to be banned, leftists repeat the censoriousness of McCarthyism. (Indeed, the House Un-American Activities started as a purge of fascism from America before moving on to communism.) When some on the left fret that lads’ mags or ‘sexist’ songs like ‘Blurred Lines’ or old books that contain the word nigger will unleash readers’ and viewers’ base instincts and potentially destabilise society, they echo the stiff, Christian censorship radicals once opposed. When leftists brand as ‘phobic’ – that is, irrational – anyone who thinks a man cannot become a woman, they repeat the terrible thing that was once done to them: they brand those who hold views they find difficult or offensive as ‘ill’, unstable, a threat to society.

And to those of us who have great admiration for Frederick Douglass, arguably the greatest of America’s abolitionists, and himself a former slave, it feels alarming to hear some on the left argue that we need censorious legislation to protect ethnic-minority groups from ‘hate speech’.

This is one of the most common arguments for the control of speech today: the idea that unfettered speech leads to the expression of prejudiced ideas and that this could damage the self-esteem of certain groups. It is such a racially paternalistic argument, setting up white liberals, essentially, as the defenders of black people from psychic harm. ‘Liberty is meaningless where the right to utter one’s thoughts and opinions has creased to exist’, said Douglass. The historic struggle of marginalised groups to be autonomous, to think for and speak and live for themselves, is throughly undermined by the new leftist dogma that presents such groups as easily wounded by words and thus in need of the social protections of censorship. Here, the left rehabilitates the racial infantilisation that drove earlier moralists’ belief that blacks should be exposed to some ideas but not to others, for their own good.

Across the board, leftists demonise freedoms they once argued for. Political freedom – gone, as can be glimpsed in the casual way many on the left called on the Home Office to ban EDL marches or draw up blacklists of far-right groups who must be kept off university campuses. Press freedom – a distant memory, as can be seen in leftists’ cheering of the Leveson showtrial of the tabloid press and in Corbynistas’ reactionary pledge to reverse the expulsion of the state from the affairs of newspapers that earlier generations of radicals fought for. Cultural freedom – forget about it, as we can see in some leftists’ failure to defend Count Dankula against the sinister charge that his comedic YouTube video was ‘gratuitously offensive’, or their campaign to shut down offensive art exhibitions, or have Dapper Laughs taken off TV, or have certain books driven out of WH Smith and university libraries.

The left has helped to make ‘freedom’ into a dirty word. Freedom is dangerous, they claim. It makes minority groups feel bad. It stirs up hateful passions among the mob (ie, the public). It can even cause rape and death: see the idea that lads’ mags facilitate rapaciousness or that criticism of the ideology of transgenderism can cause young trans people to kill themselves. Where earlier radicals saw freedom as the greatest social good, the thing that allowed individuals to become truly autonomous and understanding and knowledgable, today’s so-called radicals see it as the harbinger of hate and spite and violence and death.

What are the consequences of leftists’ demonisation of freedom of speech? First, they concede this essential liberty, this building block of progress, entirely to the right. Witness the ‘Day for Freedom’ that takes place this weekend, at which various ‘alt-right’ or ‘alt-lite’ figures will gather to make the case for free speech. It is entirely down to the left that such figures can pose as the defenders of the most important value in human society. Secondly, the left has set in motion a logic of censorship that could one day be used against its own ideas. Anyone who believes they can make the argument that certain words and images are too dangerous for public life and that this argument won’t then be used against their words and images is a fool of the most serious kind. Thomas Paine, intellectual architect of the left, made this point: ‘He that would make his own liberty secure must guard even his enemy from oppression; for if he violates this duty, he establishes a precedent that will reach to himself.’

And thirdly, the left embrace of censorship promotes the idea that individuals are either wicked or weak, either dangerous creatures who must be controlled or fragile creatures who must be protected. It promotes suspicion and distrust of humankind. Of course it does. The call for censorship is always motored by an elitist fear and loathing of the public, whether of their dangerous beliefs or their fragile souls that might be polluted beyond repair by dangerous beliefs. Indeed, this is why many on the Western left have gone from being generally favourable towards freedom towards being highly suspicious of it – because more broadly they have lost faith in ordinary people and warmed more and more to the state, which they now see as a more trustworthy social agent than those tabloid-reading, Brexit-voting lower orders. The story of the left’s embrace of censorship is a really a story of its growing estrangement from the people.

Freedom of speech is the greatest humanist ideal. To believe in this freedom is to believe other people are just as capable as you are of using their moral muscles to decide for themselves what is a good idea and what is a bad one. It is to trust your fellow citizen more than the state. It is believe that a free, open public sphere is the best bet we have of arriving at the truth, coming up with new and daring ideas, and challenging those who would sow hate with their false beliefs. Freedom of speech doesn’t harm society; it is censorship that does that, by infantilising the public, empowering the state, stifling experimental thought, and cultivating a Stalin-like climate of constant ‘calling out’ and finger-pointing against heretics. When the left argues that freedom of speech is dangerous and censorship is a social good, it is entirely and perfectly wrong.