We need to democratise the migration debate

Rudd, May and their critics assume the worst about the British public. 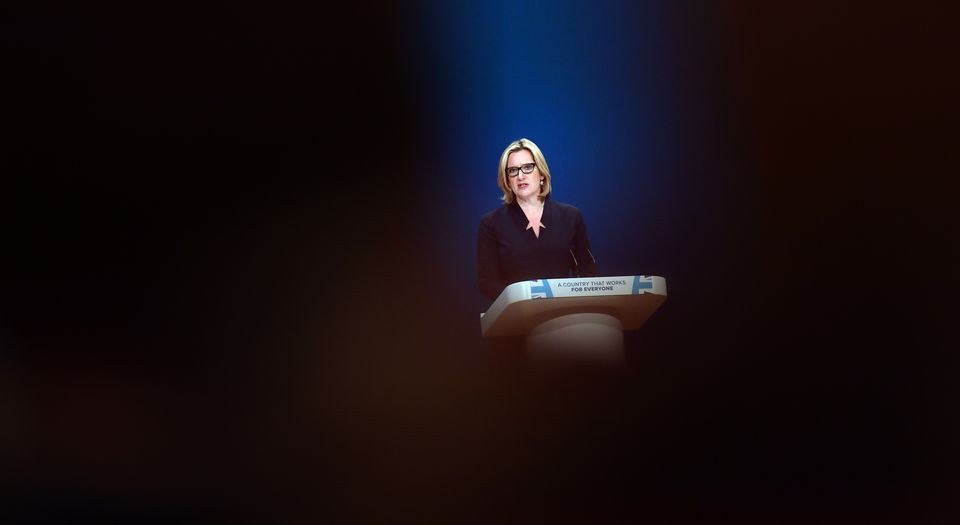 Amber Rudd is out as home secretary. Sajid Javid is in. And with that an increasingly feeble Theresa May closes the book on the umpteenth accidental reshuffle of her strange and woeful premiership.

Make no mistake: Rudd had to go. She may not have been the source of the Windrush scandal, in which Caribbean-born Brits who came here as children had their lives torn apart by demands for their papers, or else. She didn’t cook up the ‘hostile environment’ policy that Theresa May implemented to such callous, calculated effect during her long tenure in the Home Office.

No, Rudd did something far more pathetic, but no less damaging. Despite, reportedly, disagreeing with May’s migration agenda, Rudd saw it as her job to carry it on. But then she took no responsibility when its injustices were revealed. First she blamed the foul treatment of Windrush migrants on Home Office officials, and then she (unwittingly, she claims) misled parliament about the existence of deportation targets.

But now as the dust settles and Javid takes the keys to Marsham Street, we must resist seeing this purely through the lens of Westminster intrigue, to indulge in chatter about the Brexit balance in cabinet or the damage Rudd, a Remainer, might do to May’s agenda from the backbenches. Instead we have to get to grips with the moral and political rot that this resignation and the Windrush scandal reveals. Because it runs deep.

It speaks to the almost amoral, technocratic nature of modern politics that the first scalp over Windrush has been claimed on the basis of a kind of technicality, of ‘unwittingly’ misleading parliament and thus breaking the ministerial code. It’s as if the moral outrage of treating British citizens as if they were criminals was irrelevant.

But, more crucially, this saga speaks to how detached the political class is from ordinary people. The government’s decision to treat Commonwealth-born Brits as second-class citizens (people who need to prove their right to be here) was clearly borne of a belief that the public’s desire to reduce migration was motored by residual, old-fashioned bigotry.

The Tories thought that when the people made clear they wanted a tough stance on immigration, they wanted a tough stance on migrants, on Those People. Just as left-wingers, increasingly distant from and fearful of the working-class communities they once represented, have taken to assuming the worst about ordinary Brits, the right of British politics has responded in kind.

This is a libel against the public. Even as concern about mass migration has grown in recent years, racism has continued to plummet. According to the 2013 British Social Attitudes Survey, 9.1 per cent of British people would be particularly bothered if someone in their family married outside of their ethnicity. That was down from 57.3 per cent in 1983.

And recent weeks have only reaffirmed the implicit solidarity and fellow feeling between the vast majority of white Brits and those who came to make their lives here from the former colonies. A recent poll found huge opposition to the government’s treatment of the children of Windrush. It was strongest among the over-65s – those so often dismissed by the metropolitan set as heartless Little Englanders.

On migration, politicians now either play up or pander to the presumed bigotry of the British masses. And this hasn’t just divided neatly along party lines. While Rudd was raged against for her 2016 Tory Party conference speech, its policies – naming and shaming employers who hire foreign labour over native Brits, expelling ‘bogus’ foreign students – were not so much lifted from Enoch Powell as from Gordon Brown.

But whether politicians are insisting that Brexit was all about a desire for white faces and blue passports or revving up the Go Home vans, the underlying assumption is the same: Ordinary Britons are bigoted. Their concerns about migration are far from legitimate. They don’t just want control over immigration, they want a return to a whiter, less diverse Britain.

In this sense, migration policy has become a symbol of the elites’ contempt for the public. New Labour opened up Britain to mass migration with zero democratic consent so as to ‘rub the right’s nose in diversity’. The Tories then set about rounding on our fellow citizens because they thought that’s what we wanted. And migration has become a far more vexed issue as a consequence.

We need to democratise the migration debate, to put ordinary people at the centre of it. While spiked has long argued for liberal migration, we never bought into the misanthropic view of ordinary people held by some on our side. Rudd’s ignoble departure is an opportunity not only to see off another Windrush-style scandal; it is an opportunity to take the public seriously and make a truly democratic case for more freedom.