The Windrush fallout has shattered every Remainer prejudice 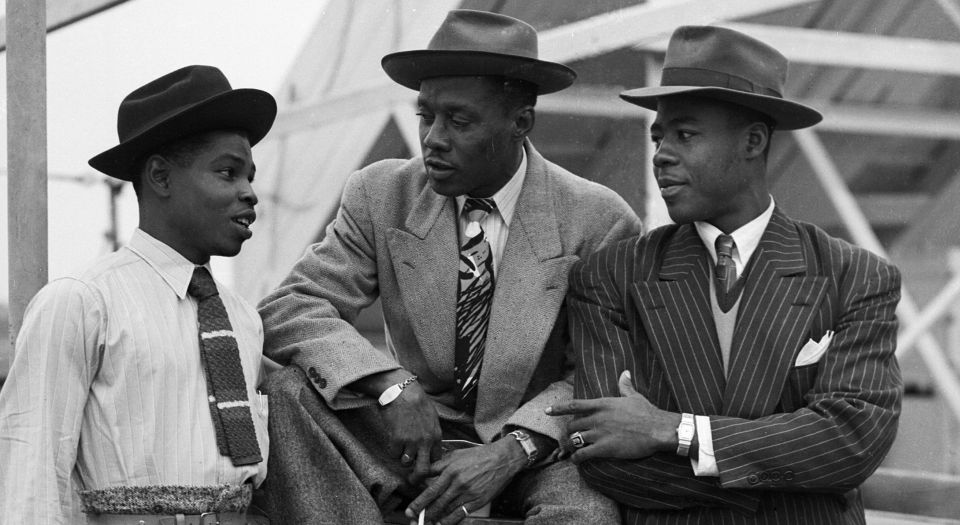 The Windrush scandal and its fallout might have exposed the incompetence of Theresa May and her political set. But it has done something far worse to Remainers. It has laid to waste their entire worldview. It has shattered their defining myth: that where they brave few are nice and pro-immigrant, the rest of the country, especially those little-educated inhabitants of ‘Brexitland’, are a seething pit of 1930s-style racism. In the palpable public discomfort with how the Windrush migrants have been treated, we see yet again what a libel this Remainer depiction of Brexit Britain has been.

For nearly two years, the liberal intelligentsia has talked about vast swathes of the electorate as a hateful throng whose prime motor is disgust with foreigners. These people yearn for a time when ‘faces were white’, says Vince Cable. The vote for Brexit was a ‘whitelash’, said Guardian columnist Polly Toynbee, which was quite the slur against the one in three ethnic-minority voters who chose Brexit. These mad voters just want ‘less foreign-looking people on their streets’, said Diane Abbott. The police churned out ridiculous hate-crime stats, using entirely subjective criteria to declare there had been an outpouring of violent hate after the referendum, and columnists lapped it up. Brexit Britain was divided between an enlightened elite that doesn’t care about skin colour or national origins and the fever-minded masses who apparently think about little else.

It was a lie, of course, as many of us argued, and as many more should now see in the wake of the Windrush scandal. With every revelation of the Home Office’s mistreatment of Caribbean migrants, public displeasure grows. People can see the grave injustice of treating as criminals people who have been here since the 1940s and 50s and who were given leave to remain by an act of law in 1971. The way these Britons have been thrown out of their jobs or deprived of NHS care or in some cases deported — because rules introduced when Theresa May was home secretary stipulate that all migrants must now have official documentation — has grated with the populace. This was reflected in a poll published by iMix and the Runnymede Trust last week, which found that 60 per cent of Britons, rising to 71 per cent for over-65s, are opposed to what the government has done to the Windrush people. Those same over-65s who for the past two years have been talked about as racist scum by the Remainer chattering classes.

The Remainer elites’ religious conviction that huge parts of Britain are little more than racist-mobs-in-waiting is falling apart, fast. Even before the public concern with the mistreatment of the Windrush generations, there was the survey carried out by Open Europe at the end of last year which challenged the idea that the vote for Brexit was a ‘mandate to pull up the drawbridge’. On the contrary, many Britons still see the value in migration — they simply want some say over it, they want it to be a democratic concern. Open Europe found ‘little evidence’ that this ‘desire to control immigration’ was driven by ‘racism or xenophobia’. Even the EU now accepts Britons are not horrible racists. Its attitudes survey found the proportion of Brits who are ‘very positive’ or ‘fairly positive’ about migrants rose from 43 per cent to 63 per cent over the past four years, which includes the post-Brexit period when we were supposedly taking to the streets to bash a foreigner.

We rarely hear about these findings because they do not fit with the self-serving narrative being promoted by the bruised old elites, for whom Brexit was evidence of the public’s bovine nature, and in turn of their own wiser, fairer take on politics. Their message has been consistent: ‘You are borderline fascists and therefore it should be us, not you, who make the big political decisions.’ Indeed, the great irony exposed by the Windrush affair is that both the Theresa May set and the elite Remainers who are opposed to May share a similar prejudiced view of ordinary Brits as virulently anti-migrant. May’s tough talk on migrants is designed to pander to what she views as a racist audience, just as elite Remainers’ post-referendum handwringing has been driven by their fear of the racist crowd. Both sides think the public is consumed by hostility towards migrants, or outright racism, and both sides are wrong, as evidenced by the Windrush controversy. Public sentiment can no longer be stirred by anti-migrant politicking.

Both May and her Remainer critics mistake public concern over the porousness of borders in the 21st century, over the enactment of mass immigration without public debate or a democratic mandate, as hostility to migrants. In truth, public concern over mass immigration is driven largely by a concern for protecting the integrity of the nation, and of the nature of citizenship within that nation, against the encroachment of an increasingly technocratic class, whether it is in Brussels or London, that continually tells us we live in a post-borders, post-nation, ‘global citizenship’ world in which anyone can be a Brit simply by turning up. Sensitive to how this weakens the nation and their identity, their historic identity as citizens of the United Kingdom, many Britons see this elitist promotion of the erasure of borders and of an unquestionable form of ‘free movement’ as an assault on democracy more than a promotion of liberal values.

They do not, for the most part, hate migrants. And they do not view British citizenship as a white-person thing: to most of them, the Windrush generation are as much Brits as they are. Rather, their hostility is to the removal of the question of immigration from the democratic sphere and to the new bourgeois ideology of post-borders that leads to a dilution of nationhood, and in turn to a weakening of popular sovereignty, and in turn to a questioning of the value of democracy itself, and in turn to the end of citizenship as we knew it. These are the agitations, the radical, democratic agitations, that made up the bulk of the public cry for Brexit.

The Windrush scandal has exposed the extent to which every section of the British political elite fails to see how central control over one’s borders is to nationhood, democracy and citizenship. The scandal of the mistreatment itself is a product of the May set’s inability to make a national democratic project of resuming control over the nation’s borders, so instead she effectively outsourced border control to landlords, doctors and employers, all of whom, under her rules, were charged with checking whether individuals were citizens. This outsourcing spoke to an unwillingness to challenge in a more direct, institutional manner the erosion of British borders following years of distant oligarchical law-making and the technocratic elevation of the virtues of migration over the historic ideals of democracy and citizenship. May described this outsourcing as a ‘hostile environment’ for illegal immigrants, but this tough talk disguised the broader cowardice of a Tory machine that would not firm up the borders where they existed for fear of offending new elites for whom borders — and more importantly what they contain: a democratic people — are a pesky barrier to their pursuit of greater political influence.

And on the other side, the angry response to the Windrush scandal from the Remainer elite signals their continuing desire to remove immigration from any democratic consideration. Their pro-EU moral myopia means their chief concern is not with the Windrush people themselves but rather with using this affair to make the case yet again for less discussion and less public decision-making on immigration. Any public discussion is bad because so many people are racist, they say. Any talk of controlling migration is a species of fascism, they insist. The Windrush episode shows the folly of trying to control immigration, they claim, when in fact it shows the thoughtlessness of a Home Office that introduced new rules (fine) but failed to consider how those rules might impact on a significant section of the immigrant population that has been here for decades (not fine). Remainers have learned nothing: they still argue for a post-borders ideology that a majority of the demos recognises as an elitist construction whose main accomplishment will not be a fairer, more liberal political set-up but rather one in which citizens’ ability to steer the affairs of their nation will be further hampered.

The Windrush people are British citizens. And for their citizenship and our citizenship to mean something, really mean something, we need to argue for the right of the nation and its people to control their borders and determine their destiny as they see fit. It isn’t Remainers who can make the case for the citizenship of the Windrush people, because they have abandoned the ideal of citizenship in favour of a new managerial elitism that treats the public as a problem to be controlled rather than a demos to be consulted. No, it is Brexiteers, people who still understand what citizenship means, and who are even willing to be demeaned for the ‘crime’ of voting for democratic citizenship against technocracy, who can really stand up for our Windrush fellow citizens.