Why shouldn’t footballers use snus?

The FA should rise above this confected outrage over oral tobacco. 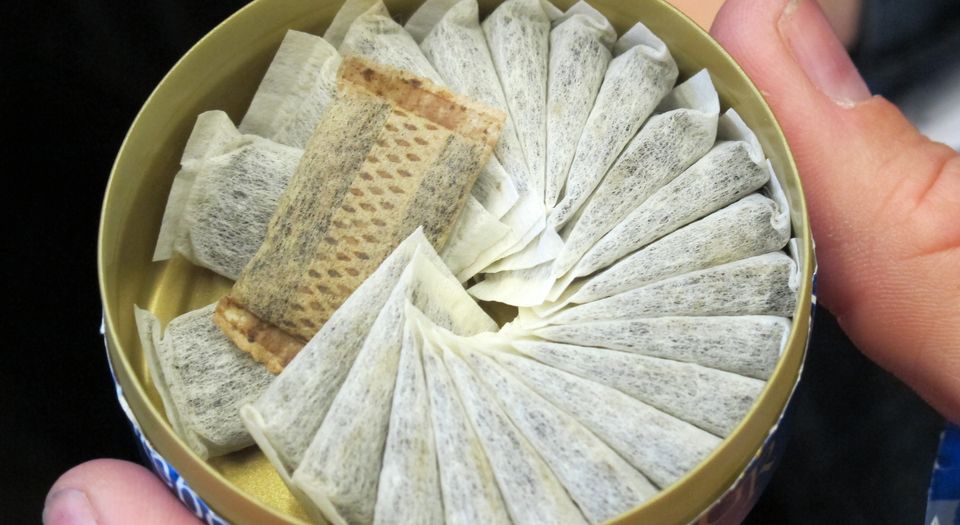 Moral panics always show up commentators for being laughably ignorant on certain subjects. But the hysteria over footballers using a Swedish form of oral tobacco – snus – is as ill-informed as they come.

A Daily Mail investigation breathlessly reports that the use of snus ‘has exploded among young athletes who are paid millions to play football in this country’. The Sun quotes an anti-tobacco campaigner madly comparing taking snus with jumping out of ‘the tenth storey of a building’. The BBC blindly waded in with a Radio 5 Live panic story where Stoke City player Charlie Adam nailed the culprits: the Scandinavians! ‘It’s big in the game. It’s come from Scandinavia and a lot of players are using it.’

This panic carries every hallmark of mob thinking. It also speaks of journalists completely unaware of the world around them. If you were to take a trip to Hackney marshes or anywhere else that Sunday footballers play, you would see players who are not exactly at the peak of fitness. Many will smoke; they most definitely drink. If football players smoke, what would be the big deal about their using snus?

The FA enforces rules from the Premiership right down to park football and it hasn’t banned smoking yet. There is nothing in its codes of conduct suggesting smoking by footballers should be outlawed. It would of course be silly for the FA to try to enforce such a ban, since it would deter many people from taking part in football. If you wanted to come up with a policy designed to stop people in lower socio-economic groups from taking regular exercise, then banning smoking by football players would be a magnificent start.

Snus, of course, is not smoking. In fact, it is something that can help people give up smoking. One of football’s users of snus is Jamie Vardy, who explained his reasons in the Independent two years ago: ‘Vardy – who was pictured at the England base holding a white dry version called Thunder – is thought to have been introduced to the pouches as a way of giving up smoking.’ This is a good thing, surely?

In Scandinavia, where snus use is popular, smoking levels are low. Sweden boasts by far the lowest smoking prevalence and lung cancer rate in Europe, and in Norway the number of smokers has halved in a very short space of time.

So why would anyone want snus-use to be obstructed? Action on Smoking and Health says using snus is 100 times less harmful than smoking. The World Health Organisation says it is ‘considerably less hazardous’ than smoking. The EU says the lower risks are ‘undeniable’. A report in the Lancet last year found no evidence of harm caused by decades of widespread snus use for ‘any health outcome’.

Instead of listening to the panic-mongers, the FA should encourage use of reduced harm products like snus. The alternative is to ban nicotine altogether, despite it being the least harmful ingredient in a cigarette. Puritans will always be puritans, but they are aided by ignorance from journalists who are too lazy to investigate their subject and get sucked into being patsies for people with a vested interest and skewed agenda.

As for the charge that snus is ‘illegal’ in the UK – yes, the sale of it is, shamefully: the remnant of a hopelessly ignorant moral panic from the 1980s. But possession is certainly not prohibited and anyone who has investigated the substance and bought supplies from overseas should be congratulated for being astute in their choices rather than shamed by journalists.

I expect the FA will be panicking in response to these fearful news reports even as we speak, convening meetings to discuss banning this harm reduction alternative to smoking. If it had any balls, though, it would come out and say it is ignoring the siren voices and embarking on a campaign to petition for the legal sale of snus in the UK, considering so some players seem to be improving their health by using it.

Smoking is a lifestyle choice for many footballers, both professional and amateur, and their choices should be respected. But not smoking should also be a choice, and the idea of prohibiting by far the safest form of nicotine-use while simultaneously allowing the most harmful on the back of flawed media scare stories is pathetic. Leave snus-using footballers alone.

Picture by: Lisa Risager, published under a creative-commons license.