The return of the socialism of fools

The problem of left anti-Semitism is more profound than people recognise. 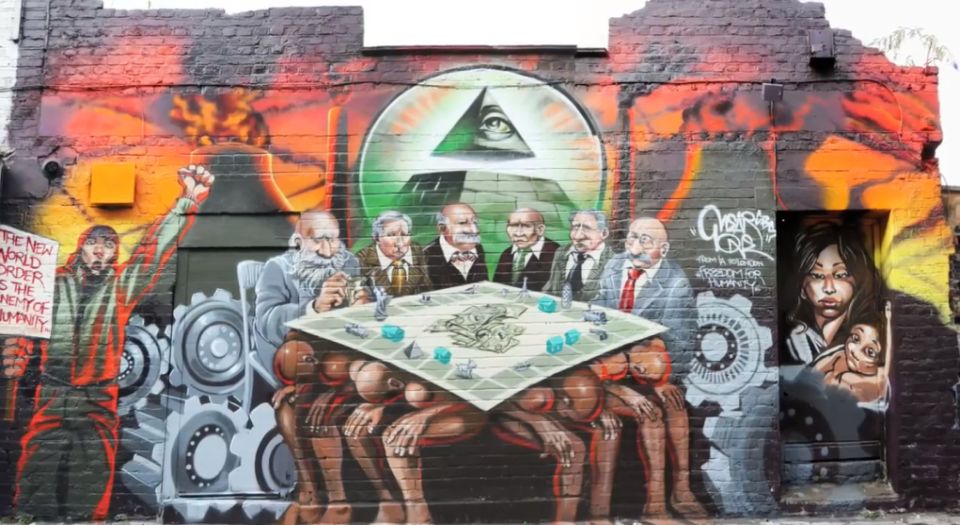 Suddenly, about 20 years too late, Britain’s supposedly radical left has become woke about anti-Semitism. Having spent years happily attending demos on which placards described the Jewish State as baby-eaters, and getting far angrier about Israeli militarism than the militarism of any other nation on Earth, and turning a blind eye to expressions of anti-Jewish conspiracy theory, now leftists can’t get enough of telling us how aware they are of anti-Semitism and how much they want to destroy it. Following the controversy around Labour leader Jeremy Corbyn’s favourable Facebook comment about a vile anti-Semitic mural six years ago, and revelations that the chair of Labour’s disputes panel, Christine Shawcroft, had called for the reinstatement of a Labour candidate who had openly flirted with Holocaust denial, Labour leftists are now everywhere declaring that anti-Semitism is a disease that must be ruthlessly excised from the left.

To which our first response might be: what kept you? The drama of their turnaround, so that they have shifted in a matter of days from either denialism or certainly de-prioritisation of the problem of left anti-Semitism to a state of permanent Tourette’s-like denunciation of it, will make some of us think they are not entirely serious in their new determination to do battle with this prejudice. To go from failing to acknowledge the depth of the new anti-Semitism to being ostentatiously woke about how awful it is will look to many like a back-covering exercise. Less a genuine commitment to tackling one of the oldest prejudices than a performance designed to disguise their witting ignorance of, or even acquiescence to, anti-Semitic thinking over the past couple of decades. To paraphrase Shakespeare, now the left doth protest about anti-Semitism too much.

But there is an even greater problem with their theatrical new awareness of left anti-Semitism: even now they underestimate the scale of the problem. Even now, as they dial up the condemnations and churn out articles saying ‘Anti-Semitism is really, really bad’ — congrats on the insight, guys — there is a flimsiness to their understanding of the nature and breadth of the new anti-Semitism. They treat anti-Semitism on the left as an alien force, at odds with the decent outlook of their movement. But this immediately raises a question: how, then, did the anti-Semitic sensibility manage to attach itself to their movement? If this prejudice is so antithetical to their left, how did they end up aligned in various ways? That’s the question they need to ask, because if they did they might realise that, far from being an aberration, the latest outburst of an ancient prejudice tells us something very important about the entire new left and its backward politics.

The truth is that the modern left created the political conditions in which anti-Semitism could re-emerge. Far from the left being the victim of opportunistic invasions of anti-Semites – as their current narrative would have it – in reality the left sowed a fertile terrain for the regrowth of the anti-Semitic sensibility. It did this through embracing in recent decades a degraded form of anti-capitalism that replaced analysis and economic activism with an increasingly conspiratorial view of capitalism as the handiwork of neoliberal cabals and sects of immoral bankers, and a degenerate form of anti-imperialism that increasingly came to see Israel as the key source of the world’s ills and thus a uniquely criminal state whose militarism deserved more anger and protest than the militarism of any other state. This debased new left outlook actively cultivated conspiratorial thinking and it was inevitable that the ultimate conspiracy theory, the one about You Know Who and their awesome power, would take root in this modern version of the socialism of fools.

There have been many outbursts of left anti-Semitism in history. The latest one can really be traced to the post-Cold War moment, to the strange 1990s and the emergence of a new, moralistic, anti-intellectual left outlook that viewed capitalism less as a relation of production than as a conspiracy of the wealthy, or ‘the 1%’ as they would come to be known. The anti-globalisation movement, with its infantile anti-Starbucks, anti-banker posturing, was an important moment. Indeed, the doyenne of the anti-globalisation movement – Naomi Klein – commented on the problem of anti-Semitic voices. This left outlook that pushed a narrative about all-powerful financiers and the compliant media lining up against the largely powerless and possibly falsely-conscious masses soon grew into what one author called ‘anti-globalism’s Jewish problem’. The movement ‘isn’t inherently anti-Semitic’, argued Mark Strauss in 2009, ‘yet it helps enable anti-Semitism by peddling conspiracy theories’. Through treating globalised capitalism ‘less as a process than a plot hatched behind closed doors by a handful of unaccountable bureaucrats and corporations’, the movement was quite easily joined by the paranoid, by people who were less worried about the ‘New World Order’ than the ‘Jew World Order’, Strauss argued.

The conspiratorial view of capitalism has grown since then. It can be seen in the febrile output of magazines like Adbusters. In the Occupy movement with its demonisation of the gangs of bankers who are wringing the life and soul out of the rest of us, ‘the 99%’. In the output of influential left-wing voices like that of Owen Jones, whose best-selling book The Establishment describes 21st-century capitalist society as a ‘shadowy and labyrinthine system that dominates our lives’ and whose architects usually remain ‘hidden from view’.

The new left’s invitation to conspiratorial concern, to fear about the hidden forces that control our economic system and our lives, gave cover to, and more likely inflamed, the anti-Semitic sensibility. So it was that Adbusters, in 2004, published a list of the people who worked closely with George W Bush with a black mark next to the names of the Jewish ones, under the headline ‘Why Won’t Anyone Say They Are Jewish?’. This was in some ways only a natural progression of the magazine’s degraded, conspiratorial leftism. Adbusters founded Occupy Wall St, of course, which later gave rise to Occupy St Pauls in London, which were perhaps the clearest expressions of the murky new conspiracism that now passes for left-wing radicalism. So not surprisingly, Occupy, in the words of the New York Times, had ‘flashes of anti-Semitism’. ‘Does anyone care about the anti-Semitism at Occupy Wall St?’, asked a writer for the Washington Post after people spotted placards saying things like ‘Zionists control Wall St’ and ‘Google: Jewish billionaires’. The post-Cold War left had nurtured a situation in which anti-Semitism could be openly expressed.

The degraded new anti-capitalism reached its nadir in 2009 when activists in London protesting against Israel’s conflict with Gaza gutted a branch of Starbucks. Their reasoning? Starbucks, owned by a Jew of course, was making donations ‘directly to the Israeli army’. This wasn’t true. But that didn’t matter. All that mattered was the rush that the increasingly conspiracist radical left might derive from raging against the shadowy controllers of politics and the hidden figures of the New World Order, and the people who, in some activists’ minds, are behind all of these mysterious cliques of power and pain: the Jews.

That incident in London in 2009 pointed to the second key part of the mainstream left’s enabling of the anti-Semitic sensibility: its disproportionate focus on Israel. Its reduction of anti-imperialism from an engaged, intellectual critique of, and opposition to, destructive power relations in international affairs to a moralistic crusade against the evil, hateful, racist militarism of one nation above all others. This, too, revealed a debasement of left traditions and a move from political thought to emotional crusading. Once again the temptation was to select one representative of evil that the left might feel energised and significant in opposing. That that representative of evil was the Jewish State only contributed to what Strauss referred to as this post-Cold War left’s ‘Jewish problem’. Their degraded anti-capitalism at home, featuring shadowy sects puppeteering our pathetic lives, and their degraded anti-imperialism overseas, which focused hugely on one tiny state with a particular cultural make-up, laid the groundwork for the re-emergence in some quarters of the nasty old idea that a certain group of people, Those People, are getting rich on the backs of the rest of us and are more bloodthirsty than the rest of us. And thus did old prejudices about the Jewish disruption of life, politics and the economy come back in new ways.

This is not to suggest that Corbyn or any of his media cheerleaders or the people who took part in the Occupy movements are anti-Semitic. The vast majority of them are not. But their new narrative that presents the new anti-Semitism as an opportunistic cyst on the body politic of the left is deeply unconvincing. This new anti-Semitism is better understood as an outgrowth of the left’s own self-debasement and its abandonment of its traditions and principles in favour of the dead end of moralistic conspiracism. This raises a profoundly pressing problem for today’s left: this new anti-Semitism cannot be neatly ‘cut out’. Rather, the left must have a far broader and meaningful reckoning with the very politics it has promoted over the past 25 years. It will never understand the new anti-Semitism if it doesn’t first understand itself and the problems it has wrought.