Worboys and the new threat to justice

This case could set a dangerous precedent. 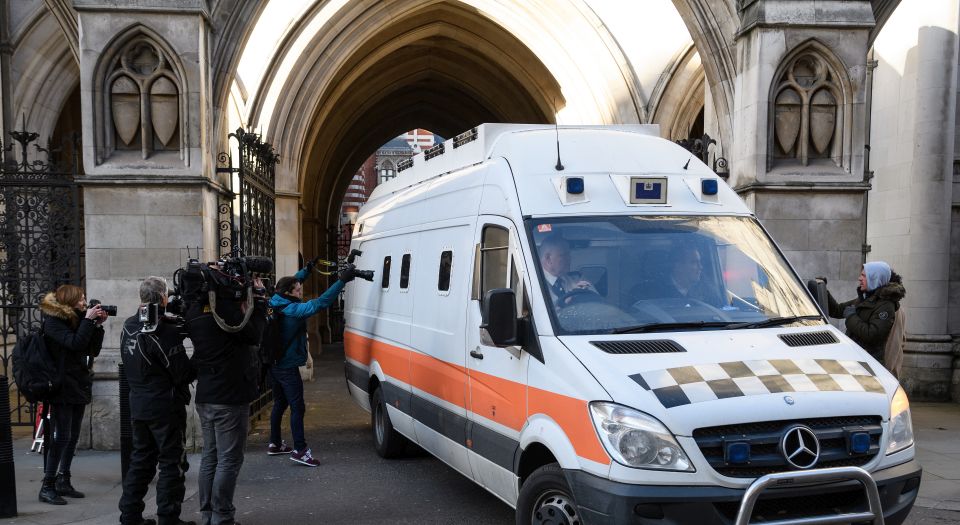 The High Court of England and Wales has overturned the decision of the Parole Board to release the ‘black cab rapist’ John Worboys, who is now known as John Radford, from prison.

The media reaction has been jubilant. The Sun ran the headline ‘Victory’ over Worboys’ mugshot. The mayor of London, Sadiq Khan, who had challenged the decision to release Worboys, but who was denied standing by the High Court, says he is pleased that the legal representations made on his behalf ‘were helpful in quashing the decision of the Parole Board’, and that this would ‘help maintain Londoners’ confidence in the justice system’. The chairman of the Parole Board, Nick Hardwick, stepped down following the High Court’s ruling. The justice secretary, David Gauke, resisted calls to apologise over refusing a judicial review into the Parole Board’s original decision earlier this year.

There is a strong stench of mob justice in the commentary on this case. When Worboys’ release was announced, MPs and campaigners immediately called the decision an outrage, without knowing anything at all about how the decision was made. This is appalling. Our elected representatives should not rush to condemn a decision before they have considered the basis on which it was made. Likewise, calling the High Court’s ruling a ‘victory’ is chilling. It suggests that the role of the government, egged on by the media, was to keep Worboys in prison at all costs. While emotion from victims and campaigners is understandable, it falls on politicians to have a bit more perspective.

The decision of the High Court does not represent a brilliant blow for women’s rights any more than it represents an enormous injustice. Reading the judgement, it is clear that the Parole Board had to make a difficult and nuanced decision. The High Court disagreed with a narrow factor in how they made that decision. And it will now have to be reconsidered by a different panel who may or may not reach the same conclusion. That is about it.

It is important to understand what the High Court did and did not say. It did not say that the decision to release Worboys was irrational on the basis of the material that the Parole Board had before it. The High Court noted that there were aspects of the decision that were ‘concerning’, including the fact that Worboys’ account of his own rehabilitation appeared to have been accepted at face value. The panel was ‘fully aware that it was taking an unusual and unorthodox step’, but did so with the benefit of extensive evidence. Therefore, there was nothing irrational about the decision to release Warboys on the basis of the available evidence.

The High Court quashed the decision for very specific reasons. By the time of his original trial, in excess of 100 complainants had come forward to accuse Worboys. In the end, only 14 counts were included in his indictment. A recent human-rights challenge stated that there had been failures in how the rest of the complaints were dealt with, which constituted a breach of those complainants’ rights under the European Convention on Human Rights. The High Court ruled that the Parole Board ought to have begun further inquiry into his alleged wider offending. But the court did not make any finding on whether, having undertaken that inquiry, the Parole Board ought to have considered that material.

This is a finely balanced case. So making grand pronouncements about its wider meaning is unhelpful. But the approach of the High Court does raise important questions about how outstanding allegations against someone seeking parole should be dealt with. This decision could potentially have troubling wider implications. Imagine a serial burglar who has served his sentence and is seeking parole. The police submit evidence to the Parole Board that the burglar has been involved in lots of cases he has never admitted to. This could now, in theory, be more likely to count against him, even if the offences have never been formally proven. This places both Worboys and our hypothetical burglar in an impossible position: either accept responsibility for the offences alleged against you and risk a harsher sentence, or risk the harsher sentence anyway by appearing unremorseful.

This is the burning question at the heart of the Worboys case: to what extent should he be punished for crimes he has never been convicted of? Yes, there were particular factors which compelled the High Court to intervene in this case. It may be that these factors will never give rise to another successful challenge on a similar basis. These things are hard to predict. But the case at least leaves a bad taste in the mouth of anyone who cares about redemption, if not with respect to Worboys then to other defendants in similar positions. It may be a good thing that Worboys stays in prison. But the idea of redemption and the presumption of innocence are crucial to a fair justice system. It would be tragic if this case undermined them.