Let’s stand up for the right to be offensive

Shame on those comedians who are siding with the courts against Count Dankula. 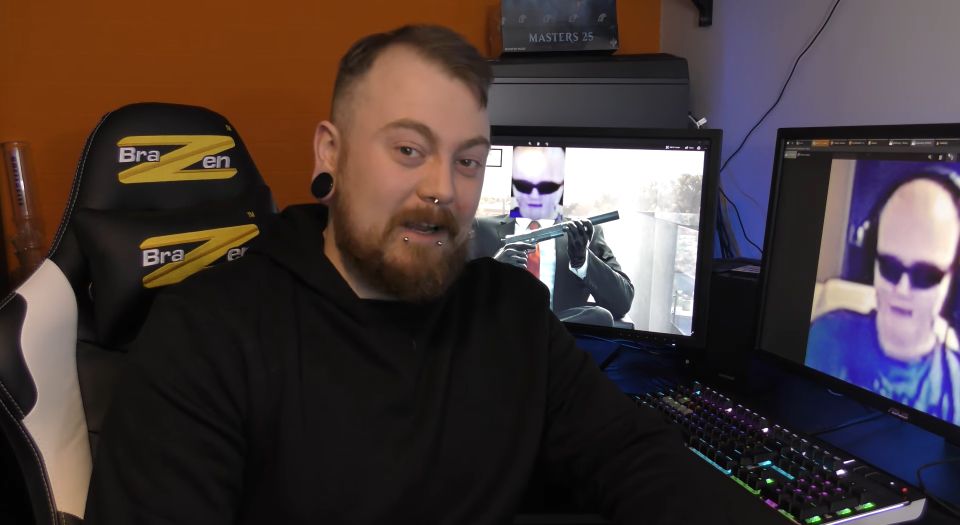 Now that the British state has decreed that making fun of Nazis is illegal, what are the implications for the art of comedy? When in 2005 the New Labour government attempted to criminalise the mockery of religion through its Racial and Religious Hatred Bill, Rowan Atkinson spearheaded an oppositional campaign in which he argued that ‘the right to offend is far more important than any right not to be offended’. Comedians appeared to be united in their support for freedom of speech. But in the intervening years this consensus has eroded. The recent conviction of Markus Meechan (aka Count Dankula), the YouTuber responsible for the now notorious ‘Nazi pug’ video, has exposed stark divisions within the comedy community.

Last week Tom Walker and I wrote a satirical response to the Count Dankula verdict. In the video, news reporter Jonathan Pie stands outside Airdrie Sheriff Court and rails against the prosecutors for their tyrannical behaviour. The video quickly went viral and generated some heated debate in its wake. Some comedians were kind enough to support our work. Others decried it as a defence of far-right values – an interpretation so far off the mark that it beggars belief.

The immediacy of Twitter means that you can find yourself embroiled in the most bizarre exchanges. Before long, we somehow ended up in a dispute with Graham Linehan, the man behind the popular sitcoms Father Ted, The IT Crowd and Black Books. In a series of increasingly unhinged tweets, Linehan implied that by upholding the principle of free speech we had become Nazi apologists. Later, he posed the question: ‘Will Jonathan Pie be doing a follow-up to shout “It was a joke, you cunts” at Ephraim Borowski and the people he represents?’ Borowski is director of the Scottish Council of Jewish Communities. So as far as Linehan is concerned, we’re one step away from committing an act of wanton anti-Semitism. This is pretty indefensible stuff, but then they do say you should never tweet your heroes.

Linehan even cited my writing for spiked as an indication that I may have far-right sympathies. For my part, I am perfectly happy to contribute to an online magazine that supports free speech, individual liberty and immigration, while vehemently opposing racism, white supremacy and Donald Trump. Somebody should explain to Linehan that if his argument depends on the mischaracterisation of his opponents, then he hasn’t got an argument at all.

None of this is really all that surprising. As I have pointed out elsewhere, the more vocal elements of the liberal-left have a tendency to lack basic argumentative skills, favouring unsubstantiated slurs over reasoned debate. Meechan has been branded a fascist, and so according to their logic anyone who defends his right to free speech must be likewise stigmatised. It should go without saying that an accusation of fascism is a serious matter and requires hard evidence. The police have spent the best part of two years investigating Meechan and have found nothing to suggest any connections with the far right. But for the pitchfork-wielding Twitterati, facts are routinely subordinated to private intuition.

It is depressing to see so many comedians fall into this category, particularly given the possible ramifications of this case for their own industry. To remain silent on the issue is understandable, but numerous comics are actively siding with the authoritarianism of the court. ‘Let the moron stew’, tweeted one, claiming that Meechan’s joke wasn’t of sufficient quality to make defending him worthwhile. Another casually referred to him as a ‘Nazi’. Inexplicably, one comedian even managed to imply that standing up for Meechan’s right to liberty could make you an apologist for sexual assault, because such energy would be better channelled into cases of harassment. These are strange times indeed.

The most common complaint I have heard is that Meechan is an unfunny ‘edgelord’ – that is, one who seeks to offend for its own sake. Even if this were the case, it would be no justification for not speaking out on his behalf. To denounce him for the quality or morality of his joke is the easy route. It is far more difficult to defend the rights of those with whom we disagree. These self-righteous comedians who have taken this opportunity to attack Meechan at his lowest point are the very same who rail against other comics for ‘punching down’. But I suppose self-awareness isn’t everybody’s strong point.

Debates about whether or not Meechan’s pug joke was funny or offensive are a distraction from the real issue. Nobody would deny that the phrases ‘gas the Jews’ and ‘Sieg Heil’ are unpleasant and incendiary, but when addressed to a pug it is clear that the intention is comedic, whether the joke is successful or not. In any case, the state has no right to imprison its citizens on the basis of anything that they say or think. In this particular case the context of the joke was rejected by the court as irrelevant. In other words, the Scottish judiciary has deliberately misconstrued the video in order to secure a conviction. This is not the behaviour of a just and impartial legal system; it is the behaviour of a police state.

Can any comedian honestly say that they have never written a gag that could potentially cause offence or distress to another individual? Even an innocuous knock-knock joke could offend a listener if, say, his wife had been crushed to death by a heavy door. The example may seem flippant, but the court has ruled that the intention of a joke no longer matters; it is how the joke is received that determines its legality. Meechan was convicted under Section 127 of the Communications Act 2003, which specifies that a crime can be said to have been committed if the joke was deemed ‘grossly offensive’. There is no requirement for a prosecutor to prove that there was any intention to cause offence.

Critics of Meechan have almost universally fallen for the ad hominem fallacy of guilt by association. He has been supported by a number of prominent figures who are perceived by many to be sympathetic to the ‘alt-right’, including Tommy Robinson, Katie Hopkins, and Paul Joseph Watson. These individuals are all well-known for expressing unpopular opinions, so it should come as no surprise that they are likely to defend the principle of free expression. Uncontroversial speech doesn’t require protection, because it is never under threat.

By abandoning the cause of free speech, the left has willingly surrendered the moral high ground and allowed its opponents to seize the mantle. We have no one to blame but ourselves that the most outspoken proponents of this fundamental democratic ideal are now coming from the right. If you support free speech, then there is no shame in saying so simply because Tommy Robinson agrees. If you truly dislike the man, it’s odd to grant him the power to dictate what you should and should not believe.

This trial is about so much more than Meechan as an individual, or the people with whom he associates. It is about preventing the state from veering into authoritarian territory. The judge, Derek O’Carroll, ruled that Meechan was masking his anti-Semitism under the guise of humour, and that he was using his girlfriend’s pug as a means to incite racial hatred. Given that O’Carroll must have an IQ higher than that of your average Battenberg, the only reasonable conclusion is that his ruling is disingenuous. This should concern us all, whether or not we make our living from telling jokes.

As for the comedy industry, the significance of the Meechan case cannot be overstated. That so few comedians have been prepared to speak out in his defence tells us all we need to know about the parlous state of free speech in this country. Given that the Communications Act is applicable in both English and Scottish law, comedians should be united in their efforts to see Section 127 repealed. Judicial precedent is a key aspect of how the legal system operates, and if the state is so willing to disregard Meechan’s right to free expression then there can be no guarantees for any of us. And there’s nothing funny about that.