The death of French politics

With opposition parties in disarray, there’s no one to hold Macron to account. 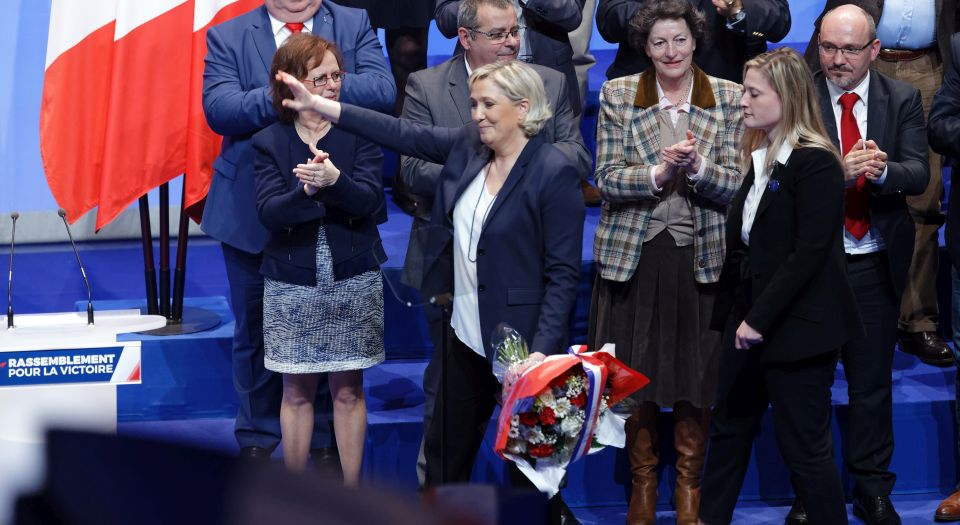 It was a moment of plus ça change in France this month when the leader of the far-right Front National, Marine Le Pen, announced a rebrand for her party. Le Pen proposed the new name Rassemblement National (National Rally) at the party conference in Lille in an apparent bid to disassociate the party from its past and appeal to voters beyond the traditional voter base.

The announcement prompted newspaper Libération to print the frontpage headline ‘Ressemblement National’ – ressemblement meaning ‘to look the same’. Certainly, Le Pen’s speech included some of the age-old FN priorities, such as cracking down on crime and immigration. In her speech, she said that both illegal and legal immigration were no longer viable.

Perhaps as part of the rebrand, and in a desperate-looking move, Le Pen invited former adviser to President Donald Trump, Steve Bannon – who seems to be trying to carve out a niche for himself as a European populism cheerleader – on to the stage to address the conference.

Le Pen has focused on names before in her campaign to de-demonise the FN. During the presidential election last year, her campaign posters simply read ‘Marine’, rather than ‘Marine Le Pen’. But since her relative success in the presidential election (last year’s loss was still by far the best result the FN has ever had), the FN has suffered from internal disputes. Some members blamed Le Pen’s policy of withdrawing from the Euro as being key to why she lost the election. And in September last year, Florian Philippot left the party – Philippot was instrumental in Le Pen’s presidential campaign and in softening the FN’s image.

Le Pen’s father and founder of the party, Jean-Marie Le Pen, said the name change was ‘political suicide’. Jean-Marie Le Pen was ousted from the party by his own daughter and seems intent on turning into a parody of himself. A promotional video for his latest book sees him emerging Darth Vader-like in a glass lift from beneath the floor, wearing all black as ‘The Imperial March’ plays in the background.

Jean-Marie wasn’t the only one to have a problem with Le Pen’s proposal. Following the announcement, the president of an already existing political movement called ‘Rassemblement National’ threatened Le Pen with a legal challenge over the name.

The proposed name change still has to be voted on by party members, but whether it changes or not it doesn’t look like the popularity of Le Pen or the party will be increasing any time soon. A recent poll taken for Franceinfo showed 66 per cent of French people have never voted for the FN and would not consider doing so.

Yet while the FN’s popularity has stagnated, the picture isn’t much better for the other opposition parties in France. In fact, a survey from last October (six months after the election), asking French people how they would vote if the first round of the presidential election was run again, once again put Le Pen in second place after Emmanuel Macron.

Following the parliamentary elections last year, the right-wing party Les Republicains expelled several members for being pro-Macron and his LREM party. The new LR leader, Laurent Wauquiez, is more hard-right than François Fillon – the presidential candidate who was beset by scandal during the election – and is keen on appealing to FN voters. However, Wauquiez has ruled out an alliance with the FN itself. Not everyone agrees, though. In an interview with Journal du Dimanche, former LR MP and minister Thierry Mariani said that the FN had evolved and that it might be time to forge closer ties between the parties.

Meanwhile, what has become of the Parti Socialiste? France’s main left-wing party suffered the most dramatic collapse of all of the parties in the 2017 election, and it now has just 29 MPs. Olivier Faure became the party’s new leader last week (although this still has to be ratified at the end of the month), after an election between political nobodies and fraught with rumours of vote fixing. One representative of PS leadership candidate Emmanuel Maurel gave this depressing summation of the party’s status during the leadership contest: ‘The PS is so weak today that there is less to fear. We know that the victor will not be propelled into being a candidate for the presidential election…’

Almost one year on from the election of President Macron, France’s political landscape is still in disarray. All of which means Macron can continue with his own political programme with little effective opposition. And this lack of any effective political opposition to keep the ruling party in check is a bad state of affairs for French democracy.