The jingoistic fear of Russia is out of control

The Salisbury poisoning has exposed the hysteria of Britain’s rulers. 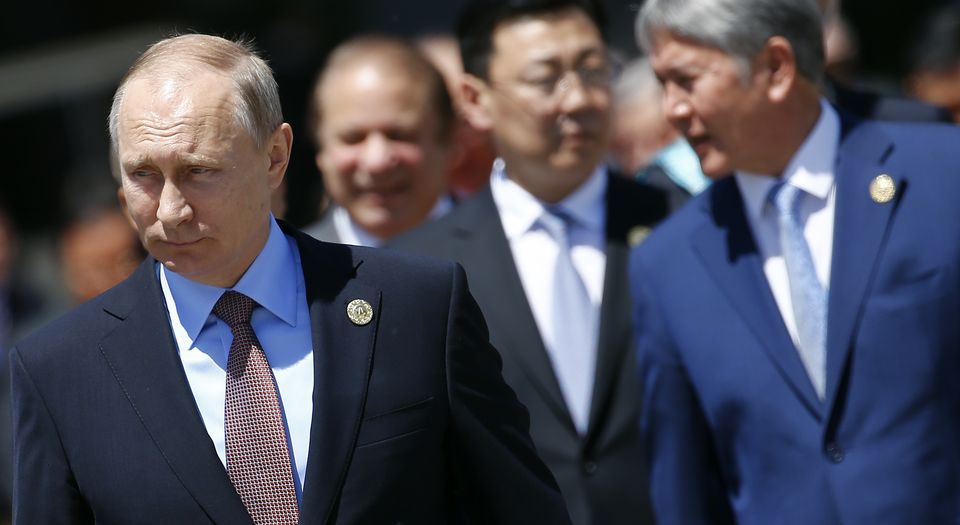 The speed with which Britain’s political class has descended into jingoism and anti-foreigner hysteria in the wake of the poisoning of a former Russian spy in Salisbury has been extraordinary. In mere days, before we have proof of Russian state involvement, before we know the full facts of who was behind this attempted murder, virtually every section of our political and media elites was hollering for confrontation, demanding punishment of the Russian beast, and wailing, yet again, about the threat this warped eastern entity poses to Western stability and democracy. That such an evidence-lite outburst of nationalistic and militaristic fervour has come from those who have spent the past 18 months lecturing the little people about our alleged disdain for truth and our Little Englander paranoia should be lost on no one.

We are living through a desperate, hammed-up re-enactment of the Cold War era. ‘Christ, I miss the Cold War’, said Judi Dench’s M in Casino Royale when one of her missions proved rather more complicated than she had expected. She could have been speaking for much of the 21st-century Western political establishment who, feeling all at sea, and bamboozled by a contrarian electorate that refuses to vote in the way they’re meant to, seem to long to wrap themselves in the comfort blanket of old Cold War certainties from that era when the world was binary and our politicians didn’t have to say much more than ‘I hate the USSR’ to win applause. Post-Salisbury we’ve had Theresa May doing a bad impersonation of M, telling us it is ‘highly likely’ the Russian state was behind this poisoning and that Britain will confront the evil east head-on over this matter. Hey presto, suddenly ‘Maybot’, this PM so ridiculed by the press as flat and uninspiring, looks strong. This is the magic dust of Cold War nostalgia.

For many, it’s not enough. Tory MPs and much of the right-wing press, gabbing in heated tones about Russian menace, Putin’s warped plans to destabilise Europe, and other things that exist more in their heads than in the world of provable fact, have been egging May on to say more and do more. There must be confrontation, there must be sanctions, there must be no cuts to our military resources because, who knows, we may need to go to war, they say, madly. Fancying themselves as bit-part players in a John le Carré novel, these politicians and observers clearly relish the political and personal momentum, however fleeting and opportunistic it might be, that talking tough on Russia has provided them with. And it’s not just the right. An editor at the Guardian says the poisoning was a ‘brazen attack on a sovereign country’ and ‘cannot go unpunished’. The Guardian cares about British sovereignty now? Wonders will never cease.

Such has been the fever pitch of anti-Russia sabre-rattling over the past couple of days that even to ask ‘Shall we wait for all the facts?’ is to risk being shot down, being accused of ‘Putin apologism’, being branded an enemy of Britain and friend of Russia. Witness the response to Labour leader Jeremy Corbyn’s sensible plea that we remain in a ‘robust dialogue with Russia’ rather than ‘cutting off contact and letting the tensions and divisions get worse and potentially even more dangerous’. A politician calling for calm? For diplomacy? For dialogue? Boo! That cannot be tolerated. He has been branded ‘disgusting’ and ‘disgraceful’. David Miliband compared him to Trump: in short, he’s all but a Russia stooge. These attacks on Corbyn merely for saying we should speak robustly with Russia rather than get into a needless confrontation with it confirms that this affair has left the realm of measured political discussion and is now a needy, emotionalist search for a foreign evil entity that our political class might feel united in opposition to. No questioning, no appeals for calm, can be tolerated by the moral beneficiaries of this anti-Russia hysteria and so they seek to shut such things down with slurs and accusations. ‘What’s wrong with you? Do you love Putin. Do you hate Britain?’

Yet even Corbyn couldn’t resist milking the anti-Russian moment. Shortly after appealing for calm he attacked the Tories for taking donations from Russian oligarchs. Now all the talk is of ‘dirty Russian money’. Owen Jones at the Guardian went into full conspiracy-theory mode, accusing the Tories of being at the ‘centre of a web spun by [the Russian regime]’. Sections of the supposedly radical left are engaging in borderline xenophobic, or at least paranoid, chatter about our politicians having been bought off by ‘filthy’ money from Moscow, rehabilitating the McCarthyite panic about Russians infiltrating our political systems. Corbynite Paul Mason even called on Theresa May to cancel all defence cuts because we cannot ‘face down’ the Russian threat if we are ‘depleting our armed forces’. Behold Corbynista jingoism. Socialists for war with Russia – who saw that coming?

It looks likely to get worse. Ofcom is now threatening to revoke Russia Today’s right to air in Britain. Moscow is summoning Britain’s ambassadors for talks. Will it expel them? Will Britain expel Moscow’s? Trump’s Washington, keen to disprove the claims that it is in bed with the Kremlin, is getting involved, with Rex Tillerson asserting that the Russian state was probably behind the poisoning. And so international tensions intensify, in a way that could soon spin out of control. And on what evidence? None. Some experts believe it is unlikely the Russian state okayed the poisoning, given its amateurishness and pointlessness. They think it could have been a result of fallout between groups of former spies or possibly the action of the Russian mob. That is, non-state actors. Perhaps. Perhaps not. But can’t we wait for more facts before we rush to judgement, and conflict? It seems not. You’re a Putin apologist if you don’t share their longing for the ramping up of global tensions.

For nearly two years, Britain’s political class and chattering class have looked with contempt upon ordinary British people, whom they accuse of being post-truth, nationalistic, xenophobic and nostalgic for Empire. Now, these same people sniff at the suggestion that we should wait for more evidence on the Salisbury poisoning, suddenly care about Britain’s national integrity, engage in paranoid ‘vulnerable Britain’ vs ‘evil Russia’ hysteria, and want Britain to build up its military muscle to face down the Evil East. Everything they have said about us is far truer of them. That it happened so quickly, this descent from a supposedly rational political class into unstable, jingoistic war-talkers going on about filthy foreign money and influence, tells us just how thin is the veneer of reason on today’s ruling elites.