Italy’s politicians must listen to the public and consider leaving the EU. 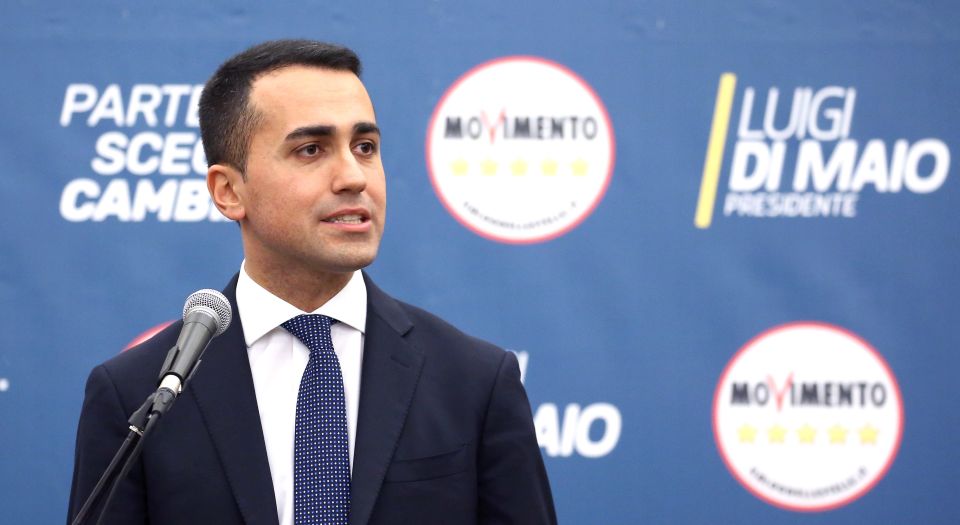 The General Election in Italy appears to have ended with a vote for change. At the time of writing, with 99 per cent of votes counted, no grouping has gained sufficient votes in the lower house of parliament or the upper house (the Senate) to form a government. Negotiations are continuing on whether a coalition government will be formed, the president appoints an interim government, or there will be new elections.

Almost half of the PD’s government ministers lost their seats. Matteo Renzi, former prime minister, announced his resignation as leader on Monday, though he strangely added that he wouldn’t actually step down until a new government has been formed. Renzi got what he deserved in the election after he treated the Italian electorate with arrogance and contempt. He became prime minister in 2014, having taken control of the PD in a party coup, then resigned his post as prime minister after turning a referendum on electoral reform into a personal vote of (no) confidence in 2016.

Former prime minister Silvio Berlusconi, leader of Forza Italia (FI), also got what he deserved: his party won just 14 per cent of the vote. He was unable to stand in the election himself, following a conviction for tax fraud in 2013. But he behaved as if he were a leader of the right-wing coalition of parties that FI was a part of. FI’s disrespect for voters was starkly illustrated by its announcement that Antonio Tajani would be its candidate for prime minister just three days before the election, which was the day Italians living abroad had to submit their votes. Moreover, Tajani is far from a man of the Italian people: he was elected to the European Parliament in 1994, has been its president since 2017, and has spent much of his political career in Brussels.

Association with the EU bureaucracy did not prove to be a vote-winner. Indeed, dissatisfaction with the EU and membership of the Euro has been evident for some time in Italy. In 2017, in a European Parliament poll asking citizens of all EU member states whether they felt their country had benefitted from EU membership, a lower proportion (39 per cent) of Italians were positive than in any other EU state, including the UK. A 2017 Eurobarometer poll also found that of all the countries of the Eurozone, Italy’s population were the least in favour of the EU and Euro.

Considering this data, it is striking that none of the major parties campaigned on a ticket of leaving the EU. It is likely that leaving the EU would require a change to the 1948 Constitution of the Italian Republic, which is difficult, but it has been amended 15 times before. The League’s programme argued for staying in the EU according to pre-1993 arrangements and for exiting the Euro: ‘We want to remain in the EU only if we can renegotiate all the treaties which limit our full and legitimate sovereignty, in practical terms returning to the European Economic Union which preceded the Maastricht Treaty.’ How this approach to the EU would work remains unclear.

Similarly, the Five Star Movement questioned the budget deficit restrictions on EU member states, but did not call for exiting the EU, or the Euro. And yet both the Five Star Movement and the League appear to have benefitted from appealing to anti-EU sentiments. In contrast, More Europe, the party led by former European Commissioner Emma Bonino and most in favour of the EU, got 2.5 per cent of the vote, which is insufficient to be represented in the lower house.

The relationship of Italy to the EU and the Euro is central to the deep economic malaise that has set in here since 2008. The budget deficit restrictions have meant governments have been held back from stimulating growth with budgetary measures, and the old trick of currency devaluation to boost exports is impossible while in the Euro. GDP per capita has still not recovered to the level of 2007 and even in the relatively prosperous Veneto region, where I live, there are rows of closed factories and jobs are hard to find, especially if you are young. Official unemployment has reached 29 per cent in some southern regions and most jobs created since 2015 are part-time and insecure, since Renzi’s Jobs Act made flexible contracts easier.

The Five Star Movement did particularly well in the poorer south and Sicily. Its promise of guaranteeing a basic minimum income for the poor seems to have attracted voters. Yet this will not compensate for the dire state of Italy’s economy, which desperately needs investment. For the economy to improve significantly, Italy’s relationship with the EU and the Euro needs to change.

While no leading party grasped the opportunity to campaign for leaving the EU and the Euro, perhaps the election result will embolden such a political outlook. ‘In government, we will work to change certain EU requirements. The single currency system is bound to end and we want to be prepared for that moment’, said the League’s Salvini this week. Popular pressure has weakened established political figures in this election and made clear Italians’ dissatisfaction with the EU. Such pressure will now have to be asserted more forcefully to convince Italy’s parties to leave the EU and take back control of the nation’s political and economic future.