The return of seditious libel

Why Corbyn’s libel action should worry all radicals. 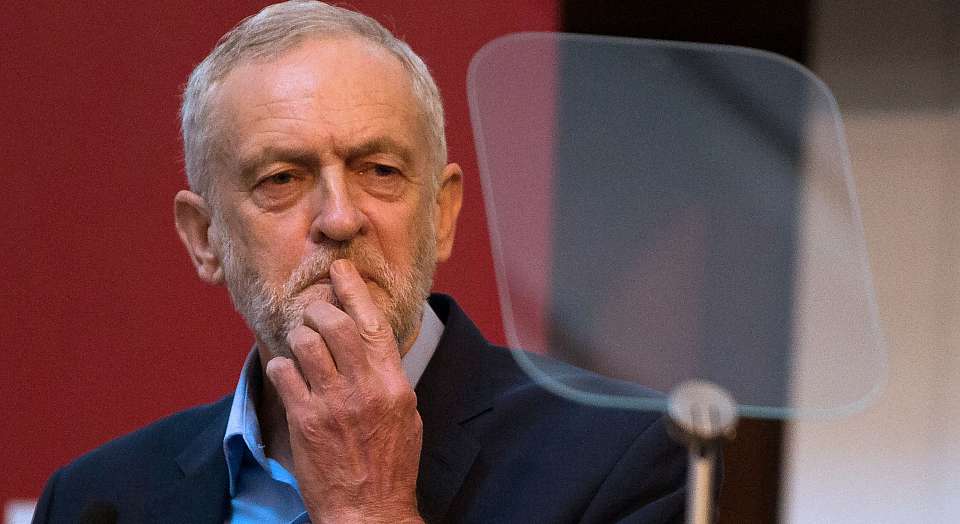 In one sense, I’m grateful that Labour leader Jeremy Corbyn has used this nation’s notorious libel laws to extract an apology and a substantial amount of money from Tory MP Ben Bradley. I’ve been arguing for a while now that Corbyn and his crew are not radical, and in fact would likely have a small-c conservative, horizons-shrinking impact on political life, what with their bourgeois determination to soften Brexit, their keenness on nanny-state interference in everyday life, and their dearth of big economic ideas. And there is nothing – actually nothing – that could have better illustrated this fact than their use of England’s repugnant, archaic, rich man’s libel law to punish someone who said something false about Corbyn. When you use this legal tool of aristocratic vengeance, this chilling feudalistic hangover, this law beloved of Holocaust deniers, Saudi plutocrats and other enemies of the open society, you forfeit every right to call yourself radical.

But of course in another, more important sense, Corbyn’s libel action is a disaster. A disaster for those of us who believe in free, open and, yes, sometimes offensive and even wrongheaded public debate. A disaster for those of us who recognise that when influential politicians punish speech, including defamatory speech, they inevitably chill public debate and make people more cautious in their political thought and political criticism. Ben Bradley’s tweet was hardly a profound or important political statement and it was certainly false – he bizarrely accused Corbyn of ‘selling’ state secrets to the Soviet side in the late 1980s. But it would have been far better if Corbyn (who has 1.7million Twitter followers) had dealt with Bradley (who has fewer than 5,000 Twitter followers) simply by pointing out he was wrong and asking his online army of Corbynistas to spread the word that Bradley was wrong. In reaching for a libel threat instead, Corbyn risks bringing back the foul old idea of ‘seditious libel’, which for centuries was used to punish those who spoke ill of politicians, parliament, priests or the nation.

No sooner had Bradley, Tory MP for Mansfield, posted his false claim than Corbyn supporters were calling for him to be sued, punished, to be made an example of, as one Guardian columnist chillingly put it. Labour MP Dawn Butler gleefully tweeted that Corbyn shouldn’t even accept an apology from Bradley but instead should use the rich man’s law of censorship against him. ‘Nah forget the apology, let’s just sue!’, she wrote. Corbyn assented to the growing mob clamour. His lawyers sent a letter to Bradley demanding that he withdraw his claim, repent for it on Twitter, ask people to retweet his repentance, and give a ‘substantial’ amount of money to a charity of Corbyn’s choosing and also to cover Corbyn’s legal costs. Bradley obeyed, and we know why: a libel trial can seriously harm those who have committed the crime of misspeaking or repeating falsehoods. Corbynistas are joyfully retweeting his repentance (it’s been retweeted 40,000 times) and laughing about the whole affair. They think libel threats are funny. They think the libel law is a legitimate way to deal with political opponents. The great radicals of English history – virtually all of whom were punished under libel laws – will be spinning in their graves at this grotesque, infantile spectacle.

There is nothing funny about England’s libel laws. They are among the most obnoxious laws in the Western world. In elevating the sanctity of usually rich, influential people’s reputations above free and open and difficult debate, they cast a cloud of censorship over British public life. They chill critical thinking and journalistic investigation, and have even led to certain books not being published in Britain, because writers and publishers fear they will be destroyed if they say anything wrong or overly critical. Certain US courts have refused to enforce English libel rulings against American citizens who have been published in Britain, on the basis that our libel law is ‘repugnant’ to the principles of democracy and freedom. Corbyn’s libel letters have potentially contributed to this chilling climate, by sending the message that this influential politician will use this law that ‘fails to measure up to basic human-rights standards’ – in the words of a US court – to punish those who get things wrong about him.

Hilariously, or tragically, some Corbynistas are presenting Corbyn’s use of these brutal, feudal laws of reputation protection as a radical strike, a case of speaking truth to power. They cannot possibly believe this – can they? These laws are a central component of the armoury of the powerful; they are precisely designed to ringfence the posh, the rich, the stately and regal from the slurs or insults of less important people. Indeed, one of the most chilling aspects of Corbyn’s action is that some people are cheering it not simply as a means of protecting Corbyn’s reputation, but as a way of governing political discussion. Richard Burgon, Labour MP for East Leeds, said Corbyn was right to ‘force’ Bradley to come clean, because Bradley’s false statement was ‘designed to dupe decent people into not voting Labour’ and to ensure ‘the Tories can get in [again]’. So this libel action, in some people’s view at least, was about defending a party and a political outlook. This is deeply disturbing, because it echoes one of the darkest crimes that has ever existed on Britain’s legal books: seditious libel.

Until 2009, when it was finally abolished, this form of libel law didn’t only protect individual reputation – it also punished any stirring up of ‘hatred or contempt’ for the monarch, the government, the Commons or the Lords, and the church and state. That is, it went beyond protecting powerful people’s reputations – a bad enough use of law – and covered the expression of contempt for political figures and institutions. The line of English radicals who were punished under this politicised libel law is long and painful. There was William Prynne, the 17th-century Puritan controversialist, who had his ears cut off and his cheeks branded with the letters ‘S’ and ‘L’ – for seditious libel – for his description of the Catholic queen Henrietta Maria as a ‘notorious whore’. There was John Lilburne, hero of the Leveller movement of the English Civil War of the 1640s, who when he was a young man was whipped and pilloried for distributing pamphlets that contained ‘seditious libels’ about leading religious and political figures. There was Thomas Paine, of course, tried for seditious libel in absentia in 1792 following the publication of his revolutionary book Rights of Man. There was William Lovett, a leader in the Chartist movement of the mid-1800s and founder of the London Working Men’s Association, who was tried and imprisoned for seditious libel in 1839 after he made placards for a march which described the police as a ‘bloodthirsty’ force.

Aside from Paine, who was tried entirely on the basis of his radical philosophy, these libel punishments share something in common: what these people said was technically wrong, technically false. Henrietta Maria was not a prostitute. Lilburne’s pamphlets describing certain bishops as ‘wolves’ were damaging to bishops’ reputations. The police insisted Lovett was wrong to call them ‘bloodthirsty’ because they did not actually want to spill blood as they policed Chartist and other radical marches. Those who support Corbyn’s libel action on the basis that what Bradley said was false would surely justify the libel punishments of Prynne, Lilburne and Lovett, too. However, those of us who believe in free debate, and that England’s libel laws are a menace to such freedom, would never defend those old seditious-libel actions and in fact would denounce them as horrendous crimes against individual liberty and radical thought. For one simple reason: we recognise that testy political debate involves, inevitably, hyperbole, exaggeration, mistakes and, yes, even myths.

In a 1964 Supreme Court ruling in the US, in which the New York Times and the Committee to Defend Martin Luther King had a libel ruling against them overturned, the justices defended difficult debate against the punishing, censorious instinct of libel law. They said political discussion should be ‘uninhibited, robust and wide open’ and will very often include ‘vehement, caustic, and sometimes unpleasantly sharp attacks on government and public officials’. There must even be the ‘breathing space’ for ‘erroneous statement’, they said, because punishing erroneous statement too harshly could limit political expression in the round. Such a positive, public-trusting defence of political discussion is anathema to Corbynistas, who would rather put their trust in the state and in England’s disgraceful libel laws which in their various incarnations were used to torture and silence radicals for centuries. For shame.

Corbyn’s lawyers claim Bradley’s tweet caused Corbyn ‘distress and upset’. If that is true, it is bizarre. If you can be distressed by mere tweets, by BS, by virtual badmouthing or lies – things that everyone in journalism and politics experiences every day – then perhaps public life isn’t for you. There is only one thing that should distress Brits about this affair – and that is that a very influential politician has used the libel laws to punish someone for a tweet, and that in some people’s eyes this libel action was a necessary political act to ‘make an example’ of a wicked Tory, because this really does raise the prospect that seditious libel, the use of these barbarous laws to pursue political agendas, is making a comeback by the backdoor.