The killing of Russian mercenaries in Syria ramps up Cold War tensions. 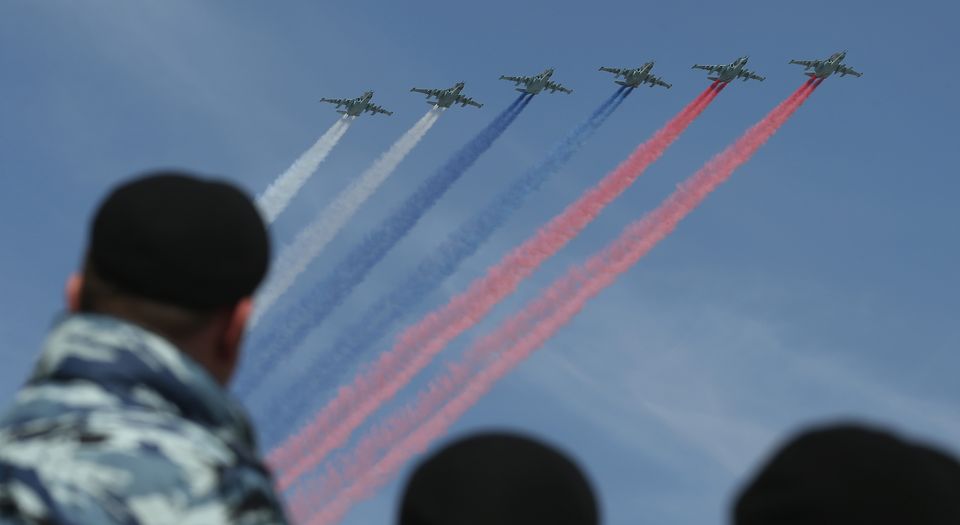 ISIS may have retreated to the insurgent fringes of Syrian life, but the chaos and the conflict in Syria show no sign of approaching a resolution. If anything, it looks more chaotic now than before, when ISIS, as the enemy of both Bashar al-Assad’s Syrian government and the US-led coalition, provided a common enemy. And now? The conflict still rages, but more chaotically, more confusingly.

Yet it’s a chaos with definite shapes emerging, a chaos out of which is emerging ever clearer and often overlapping lines of conflict, between proxy forces, and between their international backers, sometimes alongside each other, sometimes against each other. The fatally internationalised nature of the Syrian conflict, dragging myriad external actors into play, is no longer latent; it is manifest, and it is dangerous, lacking geopolitical coherence (what is the US doing there?), making it even more unpredictable. Syria is no longer simply deluged by proxy militias pursuing obscure objectives; it has itself become a proxy site for international tensions to play themselves out.

So over the past week, two regional powers showed their hands (and anxiety) when the Israeli and Iranian states openly confronted each other over their objectives within Syria. Israel sent fighter planes into Syria to target what it says are Iranian assets, which will be used to aid the Iran-backed anti-Israel Shia militia, Hezbollah. Iran then responded by shooting down an Israeli fighter plane over Syria, and sending a drone into Israeli territory, a move that prompted Israeli prime minister Benjamin Netanyahu to accuse Iran of ‘putting a noose of terror around our neck’, before threatening what sounded like war with Iran.

But as destabilising as the Iran-v-Israel antagonism now being pursued through Syria undoubtedly is, it is nothing compared to the warming cold war now being fought in Syria between Russia and the US, who are, lest it be forgotten, still the world’s two leading military superpowers. Two weeks ago, an unofficial Russian military force, said to be mercenaries working for Russian military contractors Wagner, made a bid for control of a set of oil facilities near Deir Ezzor in north-eastern Syria. The US-backed Syrian Defence Forces, consisting in the main of Kurdish military units, responded with missile strikes and an airborne assault, as the Russian forces tried to cross the Euphrates to the towns of Khusham and Salihiya. Details are sketchy, with both US defense secretary Jim Mattis and Russian officials opting for vague talk of rogue mercenary forces, although both admitted that these ‘rogue’ forces were Russian.

Officially, Russia has downplayed the incident, claiming only a handful of Russians died. But unofficial reports suggest that as many as 200 Russian soldiers (mercenary or not) were killed, which, if true, makes this the most lethal face-off between Russian and US forces since the end of the Cold War. Indeed, whichever way it is spun, it shows that the US and Russia are not simply trading PR blows on social media, but real blows on Syrian territory. Despite the attempt to paint it as a near accidental conflict between an independent military contractor and US-backed forces, it seems likely that the Russian state was fully cognisant of what the Wagner troops were doing. As Bloomberg reports: ‘One of [Wagner’s] leaders, Dmitry Utkin, is a former lieutenant colonel in Russia’s military intelligence agency, the GRU. He and the firm have been closely tied to the oligarch Yevgeny Prigozhin, known as “Putin’s chef” because he owns the Kremlin’s food-service providers.’

At one level, it shows how the collapse of the Syrian state, initially in the midst of a popular revolt in 2011, and then in the face of a US-led international assault on Assad, dragged in international actors to pursue their own conflicting and, in the case of the US and the UK, uncertain objectives. So we now have a situation where Russia is seemingly deploying non-state Russian forces to realise material and political objectives (the seizure of oil facilities, and the stabilisation of the Assad regime); while US-backed forces are pursuing their own ambitions – in this case, the consolidation of SDF and, therefore Kurdish, gains, at the same time as preventing Assad’s government forces from reasserting territorial control.

But, at another level, we have something much more worrying going on: a blundering, rather than a race, into a hot war between the US and Russia. And it’s blundering because, on the part of both the Trump and Putin administrations, there seems little conscious appetite for a conflict. Hence Russia is fighting in Syria using mercenaries – which allows for a degree of plausible deniability when things go wrong – and Mattis is happy to back up the Russian state’s version of events. Moreover, Russia has not made a big deal of the loss of Russian citizens. If it really wanted consciously to enter into open conflict with the US, this incident would have been a good opportunity to do so.

But the blundering has a twofold dimension. First, America’s own use of non-US-army, proxy forces in Syria makes their actions less planned, less predictable. They can frequently, as many have done, pursue their own objectives, even if that brings the US into conflict with, in this case, Russia.

And, second, there is the broader anti-Russian mood among Western policymakers and pundits, which frames events like this battle between Russian mercenaries and US-backed forces in terms of Russian aggression and imperial ambition. So the fact that the Russians killed were working for a military contractor is painted as something deeply, deeply suspicious, complete with said contractor’s connections to Russia’s supposedly gangster-like oligarchy. Moreover, it is proof once again, so the narrative runs, of just how deeply involved in Syria Russia really is, of how it is Russia fuelling the conflict, of how it is Russia fighting proxy battles on behalf of the supposedly chemical-weapons-using Assad.

That this is a misleading, one-sided narrative hardly needs to be said. But just recall for one moment that not only has the US had a history of outsourcing military responsibility to contractors, most infamously Blackwater; it has also been outsourcing military responsibility in Syria to an array of dubious, often Islamist militias. The covert CIA-run programme, known as ‘Timber Sycamore’, which then president Barack Obama approved in 2013, trained, armed and paid thousands of insurgents who, more often than not, returned to Syria from America’s Jordanian training bases to fight their own conflicts, sometimes arm in arm with al-Qaeda affiliates. Trump may have closed the programme in 2017 on the grounds of its ineffectiveness – with an estimated $1billion spent – but its impact continues to shape Syria in unpredictable ways. Russia may be using a mercenary army to carry out certain strategic objectives, but the US has used many mutually opposed mini-armies to carry out contradictory and unclear objectives.

So, the US, which entered the Syrian conflict long before Russia did, is still just as deeply involved in Syria as Russia. But whereas Russia is at least pursuing its own narrow, geopolitical interests, the US approach has lacked coherence and purpose. And that makes it all the more dangerous. Not just because the groups that the US has backed are so numerous and divergent that they end up fighting at cross purposes, prolonging and exacerbating the Syrian conflict. But also because, in the absence of a clear strategic objective – and the defeat of Assad is neither realistic nor rational – there is nothing to stop US forces blundering into a hot war with Russia. And this is something that becomes ever more likely for as long as Russia is painted as the sinister, driving force of the Syrian conflict, rather than one of those international players sucked in by America’s initial intervention back in the summer of 2011. Russia wants the stability of an Assad-ruled Syria. What exactly does the US want?