Thanks to the bans and warnings, cigarettes have never been more alluring. 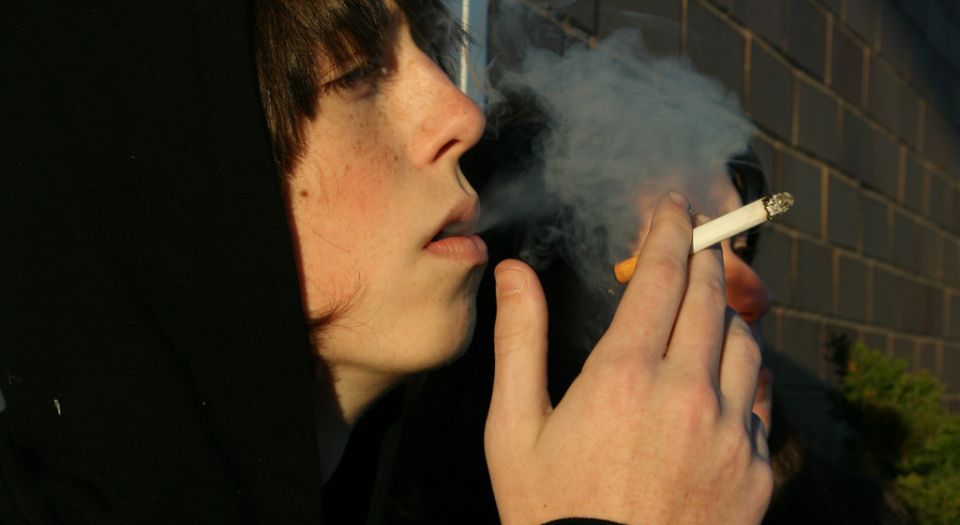 If governments were serious about eliminating youth smoking, they would repeal all anti-tobacco regulations and replace them with a single edict. Each morning, every parent must advise their teenagers that ‘smoking is the coolest thing ever!’. Youth smoking rates would subsequently plummet.

Anti-tobacco campaigners’ guaranteed opposition to such a policy leads to two unavoidable conclusions: anti-tobacco advocates are born middle-aged; and none of them has ever raised a child. Only that can explain their ignorance of adolescent psychology.

This lack of knowledge about teen minds fuels a fundamental misunderstanding of why some adolescents start smoking and what would actually encourage them to stop. Hence, the illogical propagation of unnecessary and often counterproductive tobacco-control measures, such as retail-display bans, plain packaging, graphic health warnings and public-smoking bans.

New research evidence from the Netherlands is the latest empirical nail in the coffin of the anti-tobacco campaign’s crude and coercive attempt to stamp out youth smoking. The Dutch study, published in the International Journal of Environmental Research and Public Health, evaluated the long-term impact of outdoor school-ground smoking bans on the use of conventional cigarettes among adolescents at secondary schools. Outdoor smoking bans at 19 Dutch secondary schools were evaluated and data was obtained on 7,733 adolescents after six and 18 months. The researchers found that at schools where a ban was implemented, after 18 months more adolescents had started smoking compared to the control group of adolescents who were not subject to a ban. The researchers suggest that ‘additional research is required with a longer follow-up than 18 months’.

While the researchers seem to be at a loss to explain these results, the outdoor smoking ban’s failure was entirely predictable. The key concept here is ‘psychological reactance’, also referred to as the ‘boomerang effect’. In psychology and consumer-behaviour literature, researchers have employed these terms to explain teenagers’ unintended responses to bans and warnings. Psychological reactance occurs when the subject perceives the fear-based restriction or warning as threatening his freedom and then moves in the opposite direction from that proposed by the restriction or warning (1). Such findings are consistent across many consumer-behaviour studies, and show that orders and warnings from an authoritative source, with a dogmatic tone, that demand compliance, harden a subject against the warning and reduce compliance. According to two US academics, Brad Bushman and Angela Stack: ‘The more important the freedom is to the individual, the greater is the reactance when the freedom is threatened or eliminated. One method of re-establishing the freedom is to engage in the proscribed behaviour.’ (2)

Put into common parlance, these anti-smoking measures fail, in no small part, because they encourage rebellious acts, whereby teenagers in particular are attracted to risky behaviour that’s been explicitly proscribed by adults in positions of authority. British research has also found that anti-smoking public-health campaigns can prove counterproductive by encouraging the very behaviour they warn against (3).

The research literature consistently notes rebelliousness and risk-taking as strong predictors of smoking uptake. Numerous studies on adolescent smoking have examined reactance among young smokers as a likely consequence of increased tobacco-control measures. One study found that reactant behaviour is one of the most important factors in predicting adolescent smoking behaviour (4).

The importance of reactance in fashioning adolescent smoking-prevention measures is also highlighted in a study by Joseph Grandpre et al. Grandpre and his team at the Wyoming department of health found that ‘adolescents simply do not like having their choices limited’. Strong, explicit anti-smoking messages, the study notes, ‘may even boomerang and have negative effects on adolescents’ health behaviours’. Consequently, the reaction of the new adolescent smokers in choosing a behaviour they were meant to scorn should be expected.

Well-intentioned, yet ill-advised, governments have rebranded cigarettes as something so dangerous, so highly regulated, and so terribly attractive that society decrees they must literally be hidden under or behind the counter. And, when discovered, they must be camouflaged in grotesque images. When purchased, they must remain unsmoked in public. Even the most basic understanding of adolescent psychology should tell one that banning outdoor smoking ensures cigarettes are put ever more firmly in the category of what psychologists call ‘forbidden fruit’, where the attempt to change someone’s behaviour makes the risk they are being warned off all that more appealing.

Predictably, therefore, outdoor smoking bans have perverse consequences. Psychological research, human nature and common sense all inform us that by further stigmatising cigarettes as the only widely consumed product that can’t be openly consumed, we make them more, not less, alluring to teenagers.

Patrick Basham is founding director of the Democracy Institute, and has written several books about smoking.

(1) Psychological Reactance: A Theory of Freedom and Control, by S Brehm and J Brehm, Academic Press, 1981

(2) ‘Forbidden fruit versus tainted fruit: Effects of warnings labels on attraction to television violence’, by B Bushman and A Stack, in Journal of Experimental Applied Psychology, 1996 (2): pp 207-226

(5) ‘Impact of an outdoor smoking ban at secondary schools on cigarettes, e-cigarettes and water pipe use among adolescents: An 18-month follow-up’, by AD Rozema et al, in International Journal of Environmental Research and Public Health, 2018 (2): p205