1918 and the elitism of identity politics 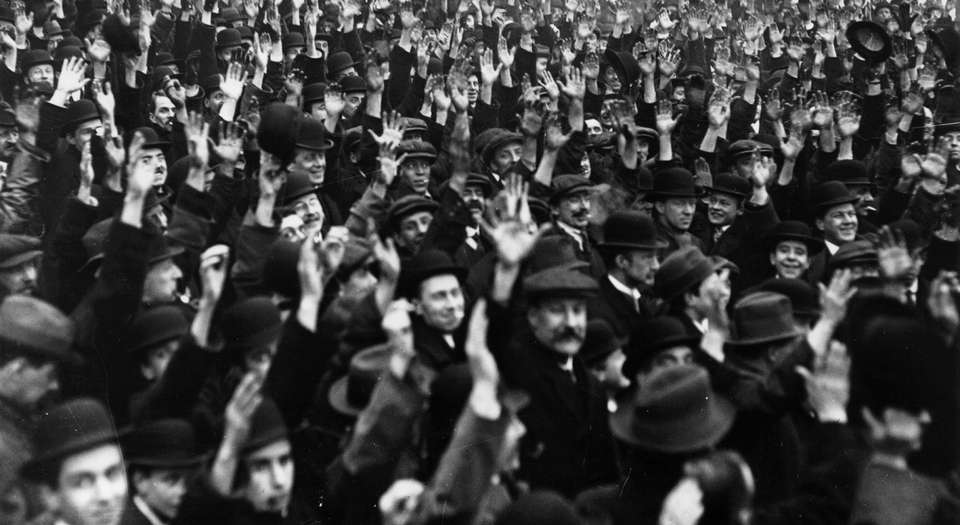 This week’s Suffragette celebrations have felt strange. Not only because this commemoration of a great democratic breakthrough was spearheaded by the kind of people who have spent the past 18 months since the Brexit vote moaning about democracy and the national idiocy it apparently unleashes. (Yes, I’m talking to you, BBC, Guardian, Twitterati, Labour, etc.) But also because, as Mick Hume pointed out yesterday, it has largely whitewashed the five million men who also finally gained the right to vote in February 1918.

Watching the TV coverage about the events of that year, you could be forgiven for thinking that only presentable women who were over 30 and passed certain property qualifications won the vote. (Even if that were the case, it would be a good thing, of course: a partial but important victory for women.) But millions of men who at that time were regularly referred to as ‘dirty roughs’, and whose coarse manner and often radical beliefs were known to horrify the political and literary sets, also got the vote thanks to the 1918 Act’s weakening of property caveats on men. Maybe those blokes didn’t look so good in old black-and-white photos?

This whitewashing of working-class male suffrage is significant because it mirrors a very real erasure of the working classes from public life in recent decades. Indeed, we might say that the two big political stories in Britain over the past 30 years, following the demise of the old politics of left and right, have been the rise of certain women and the falling away, if not the shunting out, of the working classes.

Take parliament. One hundred years after largely middle-class women won the right to vote, women now make up 32 per cent of MPs. At the same time, as one headline put it, ‘working-class MPs are becoming a rarity’. A parliamentary research paper says the number of MPs who were formerly manual workers fell from 16 per cent in 1979 to just three per cent in 2015. The proportion of Labour MPs from ‘working-class backgrounds’ has fallen dramatically, from 37 per cent in 1951 to 13 per cent in 1997. It’s even less than that today: as a 2016 Royal Holloway study showed, just seven per cent of Labour MPs came from a ‘manual occupational background’ in 2015. There are now more MPs who have studied Philosophy, Politics and Economics at Oxford – around nine per cent – than there are MPs with experience in working-class jobs. Which is pretty astonishing.

The pattern of working-class erasure is repeated in many public professions. A Policy Exchange study in 2014 found there was a growing crisis of working-class representation in ‘many public offices’, including ‘magistrates and public-sector boards’. The media is becoming an increasingly middle-class profession, employing a wildly disproportionate number of privately educated talking-heads, who shape elite political opinion. The arts are increasingly a no-go zone for working-class people, too. A 2015 survey found that more than three-quarters of people in the creative industries are from a middle-class background – extraordinary when you consider that 60 per cent of Brits define themselves as working class (though some of them will no doubt be middle-class folk playing at being lower down the ladder). And white working-class boys are now less likely than any other group in British society to go to university.

This is a serious problem we don’t speak about enough, far less interrogate: the fact that 100 years after some women and working-class men got the vote, women from a particular kind of background are doing incredibly well while the working classes are disappearing fast from public life. This might tell us a truth about 21st-century Britain that will make many feel uncomfortable – that we have become so obsessed with gender and racial diversification that we have forgotten an entire section of the population, who also happen to be the majority. Worse, political society demeans these people, mocking their vote for Brexit, or their passion for football, or their eating habits and parenting styles, which constantly adds to the impression that they aren’t right for public life, that they are too vulgar or morally corrupted for it. ‘Dirty roughs’, perhaps.

This is a story of the corrosion of class politics, of the end of the great meaningful divide over economic, political and moral questions that defined much of the West for more than a century, and of its replacement by an entirely elite politics of identity management. The political and cultural elites make a great display of having diversified themselves but in truth they have consolidated their power at the expense of the working sections of society. Their much trumpeted diversity looks increasingly like a radical gloss, a decorative cover, for their jealous preservation of power for themselves and people like them; for their defeat, over decades, of working-class politics and the profound, not remotely decorative questions it raised about the organisation of society. From 1918 to 2018, the victory of middle-class women and the demise of working-class women and men is a story that should make us feel very uncomfortable.