The cloning of primates is a great scientific breakthrough. 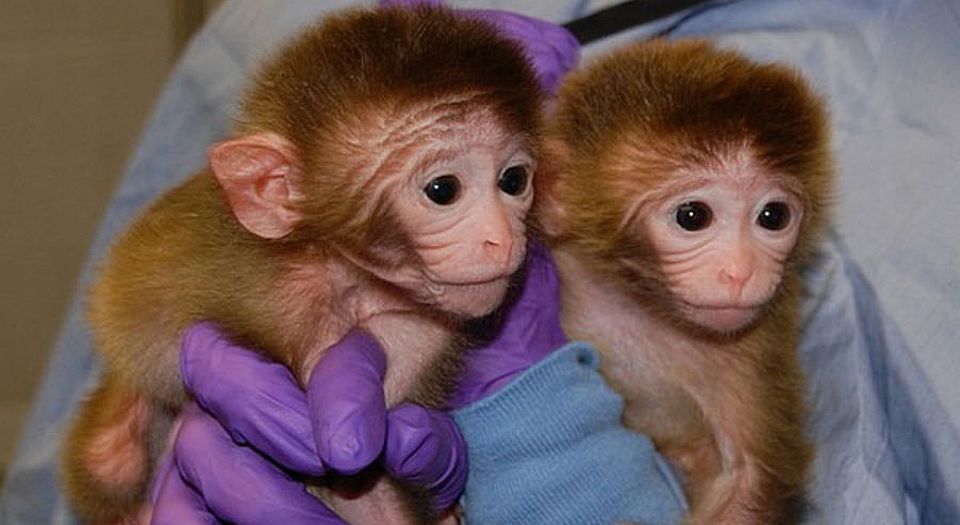 It’s unlikely that you have not heard of ‘Dolly’ the sheep, famously announced as the first mammal ever to be successfully cloned, in February 1997 (Dolly was born in July 1996). Dolly was a product of Somatic Cell Nuclear Transfer (SCNT), which involved taking an adult cell from the udder of a female sheep and using the nucleus from that cell to replace the nucleus of an egg from another female sheep. The egg was successfully encouraged to fuse with the new nucleus using electric shocks and then began to divide as would a normal embryo. The fused egg was implanted into a third female sheep for gestation. Dolly, bizarrely, had three mothers, and was a genetic clone of the mother who donated the udder cells (hence Dolly — a jokey nod to Dolly Parton that has yet to attract the ire of #MeToo).

Last week, scientists from Shanghai’s Chinese Academy of Sciences Institute of Neuroscience reported that they had used a similar SCNT technique to clone two macaque monkeys – called Zhong Zhong and Hua Hua. Cloning of animals by SCNT had been previously reported in 23 other mammal species, including mice, cattle, pigs, rats, cats and dogs, but had never before been reported in a primate species. The relative genetic closeness of humans and monkeys has generated a lot of handwringing and concerns about the now nearer possibility of human cloning.

Most reports have, however, downplayed that possibility. The eventual birth of Zhong Zhong and Hua Hua followed the production of 260 early embryos, resulting in 43 pregnancies of which 41 failed. Such failure rates would not be tolerated as reasonable to produce human offspring. Also, the SCNT technique used to produce Zhong Zhong and Hua Hua were only successful with cells taken from fetal rather than adult tissue. The attempts made with adult tissue all failed. Although we do have a primate clone, therefore, we still do not have a primate clone generated from adult cells as was the case for Dolly. That makes the prospect of cloning as a fertility treatment, and more fanciful suggestions of rearing a clone of an adult or recently deceased relative, currently distant.

The major benefits of cloning are not going to be as a treatment for infertility, at least not in the immediate future. Instead, cloning offers the possibility of providing replica animals for commercial (farming), environmental (species recovery) or medical (disease modelling) purposes. Animals that yield higher quantities and quality of meat can be cloned so that their gene line is reproduced exactly and preserved indefinitely without the vagaries and gamble of sexual reproduction. Species teetering on the brink of extinction can be preserved through cloning techniques that put more of the animals back into the wild. Treatments that need to be tested in a controlled genetic environment can have that environment reproduced over and over through cloning.

These benefits are real and of obvious importance, but the benefits of cloning are not necessary to make what has happened in China an amazing breakthrough. What is being missed in much of the reporting on Zhong Zhong and Hua Hua is what an incredible demonstration of human ingenuity this is, and how far it shows we have gone in knocking down dogmatic beliefs about what humans cannot do.

In the middle of the 18th century, Lavoisier declared on behalf of the French Academy of Sciences that ‘rocks don’t fall from the sky’, an idea overturned by mass observation of rocks falling from the sky at Barbotan, France in 1790. Following Lavoisier, the French philosopher August Comte announced in 1842 that the internal structure or composition of distant stars and planets will be forever unknown to us because they are too far away. In 1895, William Ramsay reported a ‘glorious yellow effulgence’ given off by a uranium mineral — the same effulgence he had observed gushing off the surface of the Sun 25 years previously.

1895 was precisely the moment Lord Kelvin chose to announce that ‘heavier-than-air flying machines are impossible’. The Wright brothers took just eight years to prove him wrong. In 1920 the New York Times claimed that space travel would be impossible because no craft could accelerate in space, and in 1957 the American inventor of the vacuum tube, Lee De Forest, stated that a manned voyage to the moon ‘will never occur regardless of all future advances’. In 1969 Apollo 11 made its way to the moon, and the New York Times retracted its previous statement.

Einstein famously dismissed nuclear power as impossible. In 1934, he told the Pittsburgh Post Gazette, ‘There is not the slightest indication that [nuclear energy] will ever be obtainable. It would mean that the atom would have to be shattered at will.’ In 1954, the USSR delivered domestic electricity from its nuclear power plant in Obninsk. Einstein did, however, help overturn the dogma that light has no mass and therefore cannot be effected by gravity. The famous demonstration by Eddington that light is deflected by the sun’s gravity in the eclipse of 1919 confirmed the central predictions of Einstein’s general theory of relativity. That observation made the existence of black holes, previously dismissed as ridiculous, suddenly very possible.

The discussion of Zhang Zhang and Hua Hua has been similarly dismissive of what science can achieve. Robin Lovell-Badge of the Francis Crick Institute, who does excellent work and is often very measured in his comments, was widely reported as saying, ‘While they succeeded in obtaining cloned macaques, the numbers are too low to make many conclusions, except that it remains a very inefficient and hazardous procedure… with only two [clones] produced it would have been far simpler to just split a normal early embryo into two, to obtain identical twins… [Human cloning] clearly remains a very foolish thing to attempt: it would be far too inefficient, far too unsafe, and it is also pointless.’

Such comments are sadly dismissive. Of course first attempts are going to involve a lot of errors. Shoukhrat Mitalipov of the Oregon Health and Science University in Portland estimates he used more than 15,000 monkey eggs in cloning attempts in the 2000s, with not a single live birth. All science is inefficient and hazardous in its first steps. If that stops us, then we take no further steps forward. Similarly, there will always be alternatives. We didn’t need to fly. We could have rode a horse, or walked, or just stayed home. And light has mass? So what? Does knowing about black holes help us?

Thankfully, we want to push the boundaries of what is known because it is exciting to do that even if it is uncertain, dangerous and without obvious application. Right now the barriers to human cloning are large, and I would hope any steps in that direction be taken in a measured and open fashion. But a large step in that direction has just taken place, and more will certainly follow. Why? Because we can.

Stuart Derbyshire is an associate professor in the Department of Psychology and A*STAR-NUS Clinical Imaging Research Centre at the National University of Singapore.