Cutting men’s wages is a scandal 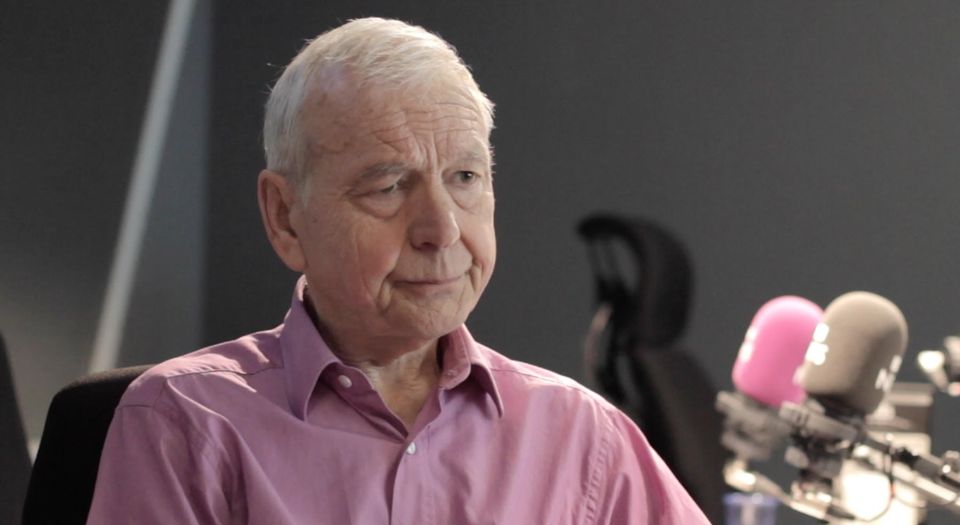 Who really cares about the highly questionable gender pay gap? Wealthy BBC journalists, that’s who. Ever since last year’s open letter signed by high-profile presenters called for a ‘correction’ of the alleged pay disparity between men and women at the Beeb, the corporation has had its knickers in a twist. For the rest of us, the fact that Carrie Grace and other complainants earn tens of thousands of pounds more than the average working woman and are still claiming to be mistreated is laughable.

However, the latest attempt to please the pay-gap myth-makers is not so funny. The BBC has announced that six of its most high-profile male employees are to take a pay cut. Huw Edwards, John Humphrys, Jeremy Vine, Nick Robinson, Nicky Campbell and Jon Sopel have all agreed to take less money. Humphrys will almost halve his wage, and Vine reportedly said his wage decrease ‘wasn’t a problem as the BBC needs to tackle gender pay inequality’. Following in the BBC’s footsteps, easyJet’s chief executive Johan Lundgren agreed to cut his pay from £740,000 to £706,000 to match the company’s previous, female, CEO. £34k for feminism: how generous.

Cutting men’s wages is a terrible idea. It does nothing for women, it does nothing for equality, but it does make life easier for bosses, who are always keen to find ways to trim the workforce’s pay. It doesn’t matter that this is the state-funded BBC we’re talking about here, or that these men earn more money than most of us would know what to do with — on principle, cutting someone’s wage when they are still doing the same job is a bad idea, and a bad precedent.

Apply the pro-pay-cutters’ logic to other working scenarios and you will see how crazy it is. What if the Tesco in south Tottenham, say, happened to have more male than female line managers? Should these men take a pay cut in the name of equality? Is that what the women working at Tesco would want? Of course not. Men’s wages are not abstract things to be sacrificed in the name of political point-scoring; a cut in a man’s wage has serious ramifications not only for him, but for his family, too.

Today’s feminists might think that dragging men down is a good idea, but female radicals of the past certainly didn’t. Many contemporary feminists swoon over female strikers such as the Ford machinists in Dagenham. But their demands for equal grading never involved a cry for men’s wages to be cut. Instead, they went to trade-union meetings to convince their fellow workers that men and women should stand together, in solidarity, and demand not just equal pay but better pay for all.

The obsession with the frankly bullshit pay gap has revealed how elitist many of today’s feminists are. In 2014, Jessica Valenti asked: ‘Why not just pay women more – and pay men less?’ She said that sometimes there are ‘budget freezes’ which means employers cannot provide better pay, and therefore they should cut men’s wages in order to give more to women. Talk about siding with the bosses! Some feminists come across almost as ‘scabs’, encouraging female workers to sell out their colleagues for the pretence of equality.

Right now, saying there is no gender pay gap is akin to someone a few hundred years ago saying there was no God – it’s modern-day blasphemy. But just as there is no evidence for a big man in the sky, so there is no evidence of big men in boardrooms hatching plans to screw over women. Despite the fact that sensible women consistently point out in detail and depth that the pay gap doesn’t exist – like spiked’s Joanna Williams – we’re still giving airtime to the victim complexes and greedy aspirations of rich feminists.

These wealthy do-gooders never want to talk about real inequality. What about the inequality between Carrie Grace and the women who clean her office at the BBC? The anti-working class character of modern feminism is exposed by the pay-gap battle, where wealthy women speak in the language of rights and equality when really they’re thinking about the nice life and second home their £100k rise will get them.

Pulling men down doesn’t help women — it helps bosses. Rosa Luxemburg, one of the most radical women of the 20th century, understood this. ‘The women of the possessing classes will always be rabid supporters of the exploitation and oppression of working people’, she wrote. Addressing the argument for women’s suffrage, Luxemburg argued that ‘the contemporary mass struggle for the political equality of women is only one expression and one part of the general liberation struggle of the proletariat, and therein lies its strength and its future’. In their calls for men to take pay cuts, feminists are showing their class status and elitist attitude by siding with those who have economic power. And they dare to call themselves radical.