Return of the Malthusians

Once again, Westerners are foisting population control on Africa. 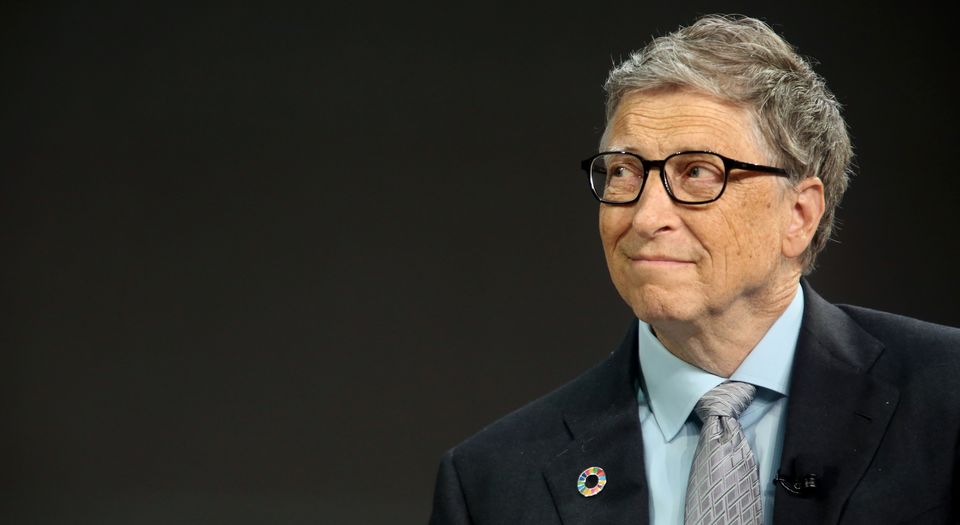 From the US, the Bill and Melinda Gates Foundation and the Gates Institute, the Population Reference Bureau, the Population Council and the Ford Foundation are very active. In Britain, the charity Population Matters sees checks on population as vital to Africa’s ability to combat shortages of food, while the British quality press decries what it calls ‘unsustainable’ population growth in countries such as Nigeria. More broadly and more importantly, the US State Department, USAID, the United Nations Population Fund (UNFPA) and Britain’s own Department for International Development quietly spend billions on what they delicately call ‘family-planning’ in Africa.

Indeed, in global family-planning, Britain is the world’s second largest direct (‘bilateral’) donor. Britain has also upped its overall investment in overseas family-planning from £180million to £225million a year from now until 2022, and is easily the largest donor to the UNFPA (£100million a year).

All these bodies trumpet what appear to be noble causes: a planet where every pregnancy is wanted, a woman’s right to choose, sexual and reproductive health, and women’s empowerment. Yet while people should and do fight for these goals in their millions all over the world, in Africa they are imposed from on high and from outside by moneyed, bureaucratic agencies. The sums spent, though fairly modest in the Western scheme of things, are more than a little influential in Africa; and the results are not pretty.

In 1969, when the UNFPA was created, the UN General Assembly also declared that ‘parents have the exclusive right to determine freely and responsibly the number and spacing of their children’. Nearly 50 years later, too, the West’s warriors against population growth claim only to offer African women the option of various forms of birth control. For them, there’s nothing coercive or sinister about simply making what they take as purely medical methods of avoiding pregnancy available to African women – women who would otherwise go on having large families. For them, too, the economics of decreased fertility in Africa are as innocent as the politics. Decreased fertility will mean a smaller ratio of children to working adults, and that in turn can bring about accelerated economic growth – a ‘demographic dividend’.

In fact, the economics of the population warriors give the lie to their claim that they are not forcing an ideology on African women. As Phil Mullan showed in his book The Imaginary Timebomb, to view the future of economic development as being determined by the ‘dependency ratio’ – the ratio of non-working dependants to people of working age – is a fundamental misapprehension. For all the role of labour in creating value, surplus value and profit, it is levels of productivity, mechanisation and industrialisation that fundamentally determine the fate of a place like Africa. So when the population warriors highlight birth rates as the key to Africa’s future, they pick the wrong target.

Worse, what the media politely refer to as ‘the international community’ stigmatises the African masses – and, in the first place, African men – for Africa’s economic backwardness. Our population warriors don’t blame Western (and now Chinese) banks, multinationals or governments for Africa’s poor economic development. They don’t even much blame despotic African regimes. No, they start from a heavily or purely demographic vision of Africa’s future. As a consequence, in their view the ‘choice’ they offer African women, of whether or not to use contraception, can and should be resolved in only one way.

The population warriors come to Africa in the name of nice, neutral, purely altruistic science, disclaiming any desire to interfere. But they dissemble. Their tone, the context for their actions and the content of their campaigns can only be coercive. They offer imperialism, garbed in the modern-day feminism of the US Democratic Party.

Naturally we can be sure that in matters of reproductive health, local UN leaflets and local UN education classes are entirely unbiased about the choices facing African women. No member of the UN or other agencies, for whom African women have never voted, will also ever discuss with them any aspect of their husbands’ conduct. Naturally, too, African dictators, in a liberal spirit, will never join with outside agencies in trying to persuade African women to avoid having more babies. Of course! Every African woman will make her own decision, freely, autonomously.

In truth, no birth-control programme in Africa that is top-down and first lowered in from abroad can avoid browbeating locals, distorting economic priorities, and setting wives against husbands. Nor can such programmes avoid infuriating millions of Catholics, so increasing the potential for religious strife in Africa. What’s more, such programmes are more about propaganda than practicalities. Since 2012, the UK has helped fewer than 8.5million women around the world get access to modern methods of contraception – a drop in the ocean.

What are the motives of Western-style ‘family-planning’ in Africa? They are to divert its economic course and prevent it from competing with Europe and North America. They are also to do with EU member states’ squeamishness about more African immigration. But today, any rationale will do in the noble crusade to stop African families each having ‘seven or eight children’, as French president Emmanuel Macron has notoriously put it. For instance: a nervous Guardian says that ‘some experts worry that rampant population growth in Africa will not just aggravate the current migration crisis but could play into the hands of terror groups across the Sahel who seek recruits among large, poor families with few options’.

Of course, our liberal friends are upset that Donald Trump, in a concession to anti-abortion Catholics in America, has refused to go on funding the UNFPA, has proposed to end US family-planning overseas, and has demanded that any global health body receiving US funds sign a pledge not to promote abortion (the ‘global gag rule’). But so what? Donald or no Donald, Western ‘family-planning’ in Africa is an insult to that continent’s independence, its economic advance, and its families.